Since the Brexit referendum, policy-makers’ and academics’ attention has increasingly focused on the impact of Brexit on the border in Ireland, specifically on the impact of a ‘hard’ border. The border issue is obviously highly significant economically and politically and deserves attention. But, as argued by Etain Tannam from Trinity College Dublin, the fundamental importance of the British-Irish relationship is at least as important and in 2017 cracks are beginning to appear in that relationship.

The core principles of the British-Irish intergovernmental framework date back to the signing of the Anglo-Irish Agreement  (AIA) in 1985. Until 1985, British-Irish relations were typified by megaphone diplomacy. In the early 1980s, UK and Irish prime ministers did not meet for 16 months, disagreeing vocally about the H-Block hunger strikes and the Falklands War. Ironically, Margaret Thatcher stereotyped as ‘not for turning’ negotiated the AIA in 1985 with the Irish government. Although the size of the Irish dimension did not meet with Irish government expectations, the AIA provided for consultation with the Irish government over matters of concern to the nationalist minority in Northern Ireland and also for institutionalised intergovernmental meetings that would occur every 6 months at least. The underlying principle was that in order for peace to occur in Northern Ireland, nationalists and unionists must feel their rights were guaranteed by their kinship states-Ireland and the UK and that both governments must be obliged to meet regularly to iron out differences privately, particularly in a crisis. Being an honest broker or guarantor did not mean taking sides with unionism or nationalism, but that both governments would alert each other to any apparent injustices and work to an agreement. The lesson of the doomed 1973 Sunningdale Agreement was that only strong elite leadership from both governments with centralised executive control and strong intergovernmental coordination could forge a peace agreement and that the peace process would be a gradual one. 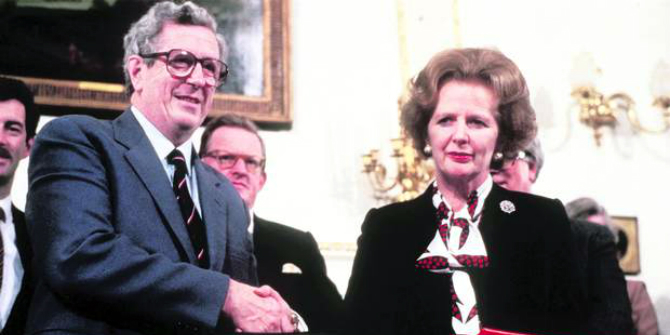 The roots of the approach lay with a core team of UK and Irish civil servants and also with the lobbying efforts of John Hume, then leader of the Social Democratic and Labour Party (SDLP). Many of the core ideas were adopted first by Irish governments from the mid 1970s but were initially opposed by UK governments on the grounds that any Irish input eroded UK sovereignty. EU membership contributed to a less absolutist definition of sovereignty among UK elites, but fundamentally the IRA’s bombing campaign and the decision of Republican leadership to enter democratic politics in Northern Ireland in 1981 (the policy of the ‘armalite and the ballot box’) threatened to destabilise both Irish and UK states. The AIA and British-Irish intergovernmentalism were a response to the burgeoning crisis. Initially, Margaret Thatcher refused to alter traditional UK government policy, but following the Brighton bombing in 1984 and following advice from 1st Secretary, Sir Robert Armstrong, she agreed to the new approach.

Throughout the 1990s, two principles governed British-Irish cooperation: both governments were honest brokers and both governments consulted privately and agreed on a joint position. Senior civil servants observed how gradually both governments made policy together consensually – ‘joined up ‘ thinking and joint problem-solving typified the relationship. Since the mid-1980s, frequent high-level British-Irish communication has occurred. Joint policy formulation and an emphasis on Northern Ireland as a discrete UK policy area have been the hallmarks of the British-Irish relationship. In stark contrast to the early 1980s and the 1970s, in the 1990s, despite the various crises in Northern Ireland and despite violence, there was no megaphone diplomacy and British and Irish governments responded jointly to each crisis.

Symbolising the close relationship, Queen Elizabeth made a state visit to Ireland in 2011 – the first time a British monarch had visited Ireland in a century. Another sign of cooperation was that the Irish government briefed the UK government in planning its commemoration of the centenary of the 1916 Easter Rising. Thus, since the GFA, British-Irish cooperation has continued to thrive. The British government continued to play the role of honest broker in the Agreement, not serving unionism’s interests, unless there was agreement with the Irish government in advance. There were clear informal and formal rules of the game in British-Irish relationship

Given the centrality of the Britsh-Irish relationship to the peace process, a weakening of cooperation is arguably the biggest threat to peace and stability, as without cooperation, chances of a hard border increase even more and chances of managing any new border arrangments and of helping to sustain Northern Ireland’s fragile peace, decline drastically. Unfortunately, Brexit and its fallout in UK politics have created pressures that were unimaginable 20 years ago and those pressures are causing cracks in the relationship. The core principles of being an honest broker and of Irish and UK governments agreeing on joint positions consensually appear to be weaker.

By entering into a confidence and supply arrangement with the DUP, the Conservative Party threatens a nonpartisan approach, viewed as a crucial confidence-building measure in any conflict, or post-conflict situation. Such a stark move of key relevance to Northern Irish politics is at odds with the normative framework of British-Irish relations. In addition, Brexit has created an immediate conflict of interest for the Irish government. As an EU partner, it must tow the EU-line in EU-UK Brexit negotiations and not be seen to ally itself with the UK, regardless of how much it wants a free trade arrangement with the UK.

Overall, Brexit tests British-Irish cooperation in a number of other ways, not always related to Northern Ireland politics, but nevertheless potentially stressful to the relationship and with potential to spill over. Firstly, the complexity of the Brexit negotiations means that both administrations, but particularly the UK administration, are over-burdened and face a multitude of highly complex bargaining issues. For the Irish government, Northern Ireland is a key bargaining priority, but for the UK there are many priorities, as well as the need to negotiate deeper links with non-EU states. Thus, Northern Ireland, given that it is relatively stable currently, may slip off the UK agenda. In addition, the UK civil service has suffered upheaval because of Brexit and some staff with whom Irish civil servants had built close relationships have been moved to the new Department for Exiting the EU (DexEU), adding to pressures in the Irish external policy-making environment.

Even before Brexit and under various UK prime ministers, although British-Irish intergovernmental cooperation thrived, UK government complacency about Northern Ireland seemed to exist. For example, former Prime Minister David Cameron announced the referendum date as June 23rd, despite unionist and nationalist calls for a different date that would not clash with the Northern Ireland Assembly election campaign. Similarly, neither Gordon Brown, former Labour party leader, nor David Cameron attended the GFA’s British-Irish Council meetings, but the Irish Taoiseach always attended.

The problem posed by Brexit is that the less frequently the UK government communicates with the Irish government in any decisions of relevance to Northern Ireland and Ireland and the more it appears to discount Northern Ireland’s post-conflict status, the more tension is brought to bare on the British-Irish relationship. To date, any potential tensions have been managed smoothly, but it is noteworthy that in April 2017, the then Irish Minister for Foreign Affairs and Trade in Ireland, Charlie O’Flanagan, openly criticised the UK government for not engaging properly with the EU in Brexit negotiations and for not communicating adequately with the Irish government. This public, albeit tame, criticism marked a break with the recent history of British-Irish relations and reflected the Irish government’s wish to negotiate as an EU partner and not to take sides with the UK. Again, unusually, in recent British-Irish intergovernmental history, after the UK June election, the new Irish Prime Minister, Leo Varadkar reminded the UK government that both governments had a legal obligation, to be honest brokers under the GFA. Again, unusually, the UK government announced that it was considering revoking the 1964 London Fisheries Convention that allowed Irish fishing access to UK waters. The Irish Minister for Agriculture, Michael Creed highlighted the dangers to Irish fishing, but a few weeks later an announcement was made through the British Embassy in Dublin that the UK was leaving the Convention. Indeed, according to Michael Creed, he only found out about the decision through media channels. Not only the decision, but the manner by which it was communicated to the Irish government marks a potentially serious break with the past.

Another example of change is that the new Irish Minister for Foreign Affairs and Trade, Simon Coveney announced in Brussels that technical solutions to customs posts would not work and that more measures were needed to prevent the creation of a hard border, thus departing publicly from the UK position on the Irish border. All these events have occurred against the backdrop of growing Irish governmental frustration about the UK’s Brexit strategy and increased uncertainty about the final outcome. A decisive Tory victory in the June 2017 election may have led to a clearer approach to Northern Ireland, but instead, the UK government’s weakness has exacerbated tensions. It is also possible that recent events in British-Irish cooperation are a function of the current UK government’s leadership style and will subside when a new government is elected. Nevertheless, even short-term strains in the British-Irish relationship are best avoided and until recently, they have been rare.

British-Irish intergovernmental cooperation was a fundamental cause of the peace process in Northern Ireland. It took over 60 years to achieve, but it became effective and, to date, it has been extremely resilient. However, there are small cracks emerging and in these turbulent times, British-Irish cooperation should not be taken for granted, nor its impact on the peace process undervalued. 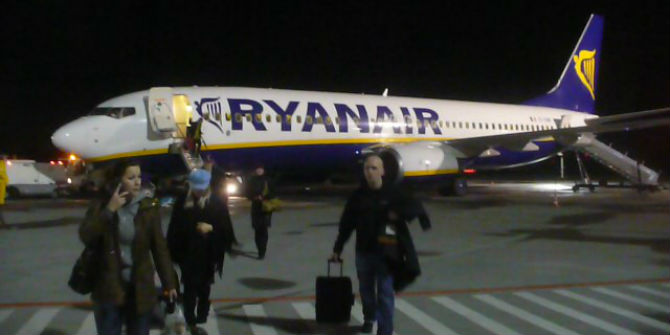 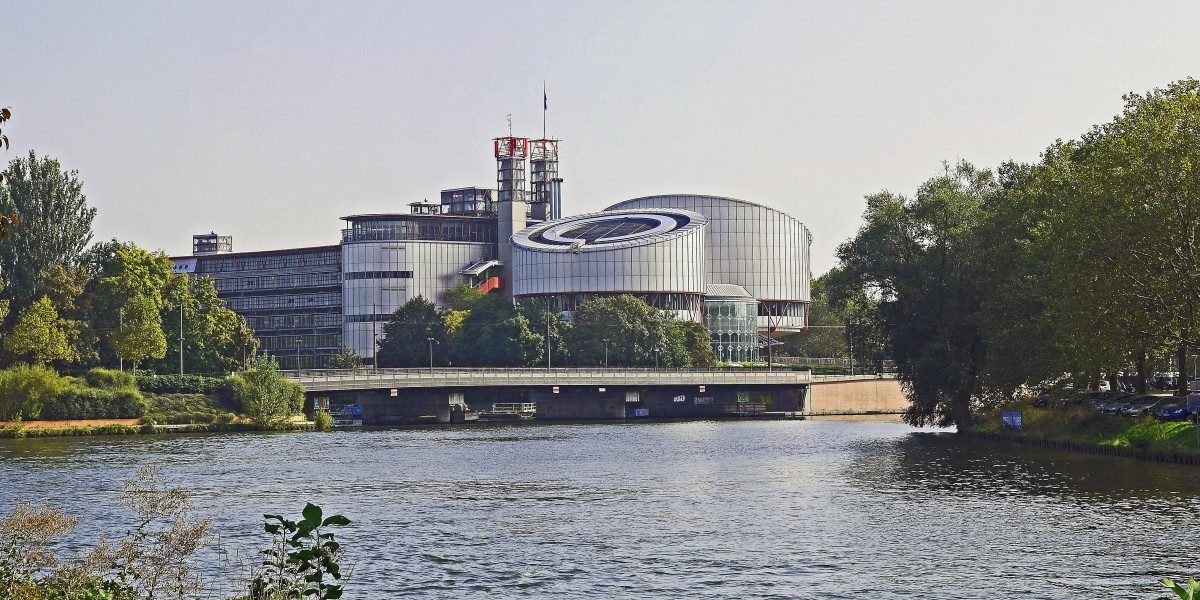 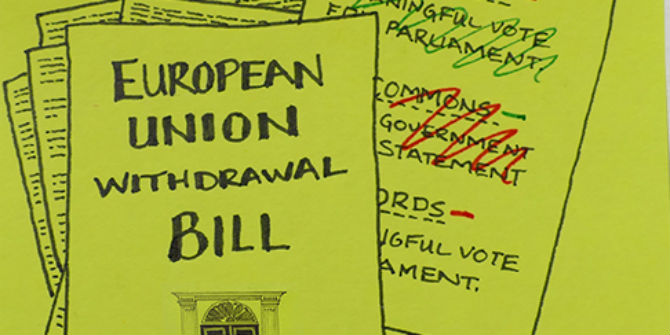