There is only one priority for Germany and the UK right now and that is dealing with COVID-19. The available estimates of the costs of shutdown in the form of lost value-added show that the coronavirus epidemic will cause costs that will probably exceed everything known from economic crises or natural disasters in both countries since the Second World War. In the meantime, Brexit has happened and while some may fear that a British withdrawal from the EU could turn Germany into a hegemon, Brexit actually has complicated and isolated Germany’s role in the EU, argues John Ryan (LSE).

Brexit has increased the perception of German dominance and with it added pressure to form coalitions to counterbalance its power, especially on discussions on the Eurozone. Paradoxically, therefore, Germany could actually become weaker – that is, less able to get what it wants – in an EU without the UK. Meanwhile, expectations of Germany and its role in the EU would probably increase further.

Analysing the Brexit negotiations from a game-theoretical approach, the EU negotiation behaviour has been perfectly rational: the British exit from the Union has threatened the EU’s very existence during a time of right-wing and left-wing populism arising in several member states. Any buckling would strengthen second movers all over Europe, demanding a similar if not a better deal for their own country. In the face of a possible dissolution, the EU has not given in to the British demands – even if that means unfavourable economic prospects.

It has become clear that for both parties Brexit will bear an economic risk that can be quantified contingent on the final post-Brexit scenario. The economic harm differs significantly depending on the final institutional setting, eventually revealed by the trade negotiations.

German export enterprises have already experienced significant losses in trade with Great Britain. Exports to that country – which in 2015, were still running at more than €89 billion, ranking third among customers of German products – have fallen to less than €79 billion in 2019, while exports to the other EU countries increased. In 2020, the United Kingdom ranks fifth among Germany’s customers. A Brexit, without a consensual agreement, would sink German economic growth by 0.6 per cent in 2021, predicts the German Institute for Economic Research (DIW). That would have grave consequences: the German Chambers of Industry and Commerce (DIHK) are predicting economic growth in 2020 to be only 0.7 per cent. These assessments were made before the full negative economic implications of the COVID-19 outbreak and will have to be revised down.

While Brexit has already significantly damaged the overall German economy, the hopes Germany’s financial sector had placed in it have hardly been fulfilled. Back in 2016 – 2017, there had been predictions – spurred on by PR organizations in Hesse’s banking sector – that Brexit would lead to a massive migration of financial-sector jobs to Frankfurt am Main. According to a study published in the summer of 2017, London would lose 10,000 finance-sector jobs to Frankfurt. Since finance-sector employees have generated a strong demand in other sectors in the Rhine-Main region, an additional 36,000 (“cautious scenario”), perhaps even 88,000 (“optimistic scenario”) jobs were expected to be created outside the financial sector. In Frankfurt alone, the additional annual tax receipts were predicted to be towards €185 million.

A current inventory paints a significantly different picture. It is the case that a number of financial institutions have, in fact, opened offices in Frankfurt, or increased their personnel – often because within the EU, financial transactions may only be made from locations within the EU. However, this increase has, until now, been limited to an increase of only 1,500 financial sector jobs, or merely one-sixth of the original prognosis. Frankfurt’s banking sector’s PR agencies are still optimistic that, by the end of 2021, another 2,000 jobs will be added. However, according to Helaba bank, those jobs will hardly compensate for the current downsizing taking place in Germany’s major banks. According to these estimates, Frankfurt will have 64,500 jobs in the financial sector by the end of 2021, thanks to the aspired Brexit-induced increase – a mere 600 more than at the end of 2018, with subsequently saw a distinct downward trend. This compares to approximately 380,000 finance-sector jobs in London. Therefore, while the economy, as a whole, is taking a beating, even Germany’s financial sector’s long-propagated ray of hope has proven to be a deception.

With Brexit, the centre of gravity in the EU has now shifted southeast, in the European Parliament, but above all in the Council. With the UK as a member, the north (defined as Germany, Sweden, Denmark, Finland, Ireland. and the Netherlands) had a blocking minority of 36.8%. Without the UK, that share has dropped to 27.8%, too small for a veto. Even when Austria and the Baltics are included, the north can now be overruled.

So far, the UK has made it clear that there will be no discussion of a possible extension of the transition period beyond the end of 2020. The few officials still charged with enacting the government’s Brexit policy have been told by key figures in the cabinet that nothing has changed in terms of the post-transition exit date of 31 December 2020.  If this changes because of COVID-19 the government would have to change the law. This is because the government legislated in the Withdrawal Agreement Act to prevent ministers from agreeing to an extension of the transition period. However, this could be overturned by a very short bill, assuming Parliament is sitting, and the bill can gain a majority.

On the other hand, the COVID-19 crisis will cause significant damage to the UK and EU economies which may well make a fast track agreement possible. However, this view may be over-optimistic because the crisis implications on their economies and fatalities may continue into late 2020 unless a vaccine is available which at the moment seems unlikely.

A no-deal Brexit is an unpredictable outcome that poses a risk to global financial stability. Regardless of how EU leaders choose to answer the questions posed by Brexit, the instability and uncertainty will not end anytime soon. Britain became the first country ever to leave the 28-nation European Union and Prime Minister Boris Johnson insists that negotiations must conclude by December 31, 2020. Unless a trade deal is agreed, this means no-deal Brexit on “most favoured nation” terms under World Trade Organisation rules. These are the same rules under which Britain currently operates much of its global trade, including with China, Russia and the United States, and is, therefore, a feasible default position.

While this would leave the UK free to pursue a domestic and international agenda without hindrance by EU rules, the immediate disruption, including an unavoidable hard border between Northern Ireland and Ireland, will make for a very uncomfortable position economically and politically.

The UK’s departure leaves enormous political and financial gaps in the EU. Unfortunately, Chancellor Merkel’s own EU policy remains somewhat of a conundrum. Although there is now significant domestic pressure to pursue a more pro-European course of action.

This article gives the views of the author, and not the position of LSE Brexit, nor of the London School of Economics. Image: Public Domain. 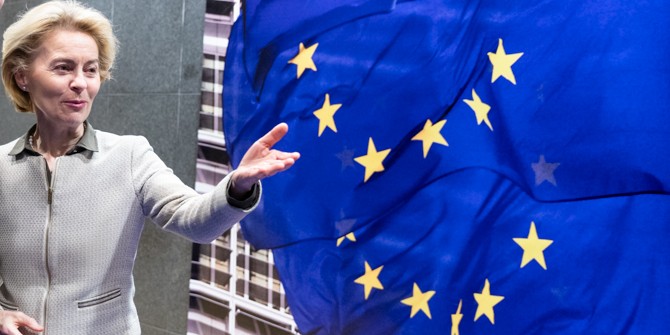 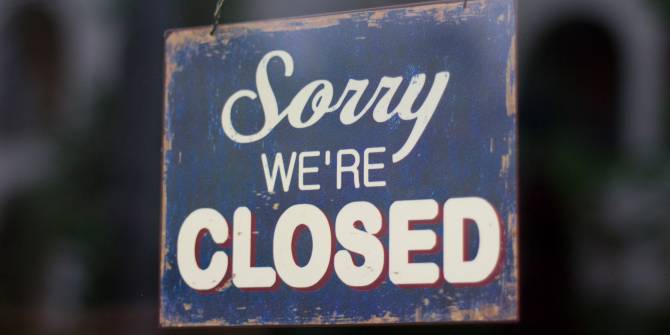