The Brexit Withdrawal Agreement has been unveiled, and there are serious limitations to the future protections of EU citizens living in Britain after Brexit. As things stand now, EU citizens risk falling into an implementation gap created by the limitations to bottom-up enforcement, and the limits of international dispute settlement. In this blog, Stijn Smismans (Cardiff University) argues that EU citizens in the UK need a proper independent authority to monitor their rights.

On 19th March 2018, Michel Barnier and David Davis proudly presented the draft text of the Withdrawal Agreement (WA) which had most of the document coloured as green, indicating agreement from both sides.  Although each part of the text remains open for potential revision as long as there is no full agreement on the entire text, the WA’s part on citizens’ rights appeared to be considered a job done.  However, the ‘agreed’ text is far from guaranteeing that EU citizens in the UK and British in Europe can continue their life as it is. Some rights will be lost, such as the right to bring in a future foreign spouse, or protection against expulsion on the grounds of criminality, and freedom of movement through the entire EU for the British in Europe.  For the EU citizens in the UK, the biggest challenge is how and to what extent the WA will be implemented and enforced.  As the UK will no longer be part of the EU,  the enforcement tools traditionally available within the EU are no longer applicable.

Within the EU, enforcement of EU law is guaranteed both through bottom-up and top-down enforcement tools.  Bottom-up enforcement is ensured via the principles of direct effect and supremacy, which allow citizens to invoke EU law directly in their national court.  Additionally, the preliminary reference procedure allows a national court to refer to the European Court of Justice (CJEU) when there is doubt about the proper interpretation of EU law. Top-down enforcement is organised via the infringement procedure, which allows the European Commission to take Member States to court for the non-respect of EU law. If a Member State would also not comply with the decision of the Court of Justice, financial sanctions can be imposed.

The EU has insisted on replicating EU bottom-up enforcement tools in relation to the protection of citizens’ rights.  Article 4 WA confirms that the UK will have to respect the direct effect on the citizens’ rights provisions of the WA. Article 151 WA also allows UK courts to refer to the CJEU for a preliminary ruling in case of doubt on the interpretation of these provisions. However, it remains to be seen whether the UK will properly translate Article 4WA into national law. David Davis has made confusing statements suggesting that the mere adoption of a national legislative act implementing the WA would equal direct effect “if you like”. However, such an Act would need to include a specific provision recognising the direct effect of the WA citizens’ provisions.  So far, the Withdrawal Bill is mute on the matter and the UK has not made an explicit statement it would include such a provision in a WA implementation Act.

The WA itself also sets a limit of 8 years after transition on the possibility of preliminary references to the CJEU.  One can understand this compromise given the UK’s sensitivity about CJEU’s involvement. It is also likely that most interpretation issues of the WA will arise during the first years of implementation of the WA, and in particular during the period that all EU citizens will need to register. That being said, the time limit takes away future protection when new issues arise, e.g. as a consequence of new administrative practice or legislative initiatives that may diverge from the WA.

Yet, the biggest question mark about bottom-up enforcement is how these tools will be applied in the context of a country that is no longer a Member State. The effectiveness of direct effect and supremacy and the potential reliance on preliminary references depend on the extent to which national courts and public administrations have appropriated these principles and consider themselves as part of the EU’s judicial system. As the UK will be out of the EU, national actors will no longer perceive themselves as part of the EU’s judicial system, and it remains to be seen to what extent courts and administrations will be inclined to apply these tools just for the implementation of the citizens’ rights provisions of the WA.

As ‘bottom-up enforcement’ might thus be a problem, ‘top-down enforcement’ would be even more important. Unfortunately, the WA does not provide continuation of the infringement procedure. It would be hard to imagine the UK could ever accept that.  Even the EU has never explicitly suggested the continuation of the infringement procedure, although its initial negotiation positions did refer to monitoring by the European Commission.

The WA thus refers mainly to the traditional international law mechanism of monitoring via a Joint Committee. However, such a diplomatic and political body is very weak compared to EU top-down enforcement. To give the enforcement system more teeth, Article 162 of the draft WA provides that issues on which the Joint Committee cannot agree can be brought before the CJEU, even at the single initiative of either the EU or the UK. However, the UK has not yet agreed to Article 162, and the potential for judicial action following disagreement within the Joint Committee remains open for discussion.

Even if Article 162 gets approved, the dispute settlement mechanism via the Joint Committee and potential recourse to the CJEU are far from sufficient to deal with the multiple implementation problems EU citizens in the UK are likely to face. Joint Committees provide a forum to discuss systematic problems with the interpretation of an international agreement. But they are primarily based on dialogue and compromise, and their infrequent meetings stand far away from the daily practices and challenges faced by individuals, which require an immediate resolution.

EU citizens thus risk falling into an implementation gap created by the limitations to bottom-up enforcement as explained above, and the traditional limits of international dispute settlement.

Article 152 appears to intend to address this particular implementation void in the UK by requiring the latter to set up an Independent Authority. However, the way this Independent Authority is defined is very weak, and can hardly be said to compensate for the potential problems with bottom-up enforcement and the absence of the infringement procedure.

The UK is asked here to monitor itself on rules it has signed up to because of international bargaining, not because of it believes in a particular policy for which it is convinced that an independent authority would provide the best outcome.  Its political priority of reducing immigration means it has mainly an incentive to make the independent authority as weak as possible and closely under control of the government. As Article 152 is framed now, it is most likely that appointees to the ‘independent’ authority will share government views and operate under government control, while the Authority will most likely be badly resourced.

The only solution to ensure that the Authority will be adequately independent and can compensate for the ‘implementation gap’ is that it be set up as a joined EU-UK institution and embedded within the international commitments of the WA.

It makes little sense to leave monitoring of an international agreement to the sole initiative of the party that has the least interest to ensure such monitoring. Hence, instead of Article 152 requesting the UK to set up an independent authority, the WA itself should create it. Alternatively, a Protocol attached to the WA could set out its features in more detail.

Such an Independent Authority could take the following form:

Composition: to ensure the independence of the authority and its link to the international guarantees provided by the WA, the organisational design cannot be merely national. The way European agencies are set up can be an inspiration here. The Authority could be composed of a Board, Director and administration. The Board of the Independent Authority should be composed of independent experts appointed on the basis of their expertise, half of whom appointed by the UK, half by the EU. The Board could also include civil society organisations operating in the field (as is the case for several European agencies). The Board would set out the general policy of the Independent Authority and appoint its Director. This appointment procedure would ensure that the Director can operate independently from the Government.

The Director would be responsible for the daily running of the Authority and would be supported by an administration (many of whom with legal training). Administrative staff would be appointed by the Director on the basis of their expertise.

Budget: the only way to ensure that the Authority would have a proper budget to play its role is by requiring co-financing UK-EU on an equal basis.

Powers: Article 152 gives the Authority the power to receive and investigate complaints from Union citizens and their family members, and to conduct inquiries on its own initiative. However, Article 152 only mentions breaches by administrative authorities.   It is not clear whether this includes (directly or indirectly) issues where legislation breaches the citizens’ provisions of the WA.  In case it does not cover legislative action, Article 152 leaves a big lacuna, compared to infringement procedure within the EU. To address this, the Independent Authority should be able to monitor also whether legislation respects the WA.

The current formulation of the WA also remains vague on how the Independent Authority can use its inquiries. It states that it should have the right to take the issue to the competent UK court or tribunal. It is important that an appropriate legal remedy is available for that. Moreover, it is preferable that the WA is more prescriptive in giving the Authority explicit decision-making power or at least the power to make recommendations to authorities breaching the WA, with the subsequent option to go to court if they do not comply with the decision.

Sunset clause: Article 152(3) states that the Joint Committee can allow the UK to abolish the Authority after 8 years. This sunset clause was not in the Commission draft of the WA, but was subsequently introduced at the request of the UK.  However, this leaves EU citizens in a particularly weak position for the future, especially as also CJEU involvement (via preliminary rulings) will fall away at the same time.

Given the limits of bottom-up enforcement tools and international dispute settlement, the Independent Authority is likely the most central mechanism to ensure proper implementation of the WA. It should, therefore, be properly enshrined in the WA as an EU-UK institution and its role should not be limited in time.

The WA is still not set in stone. The Commission, and in particular the Member States and the European Parliament can still revise the text and do what is required to protect EU citizens properly.

Stijn Smismans is Professor of Law at the School of Law and Politics and Director of the Centre for European Law and Governance at Cardiff University. 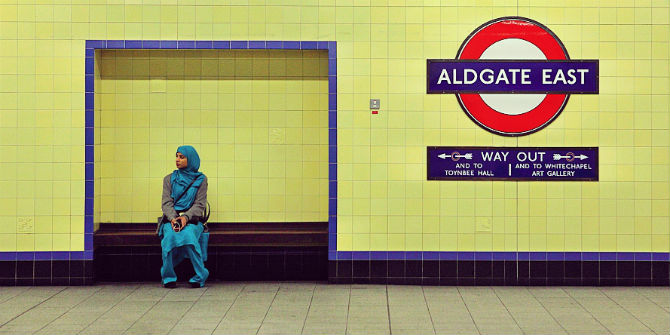 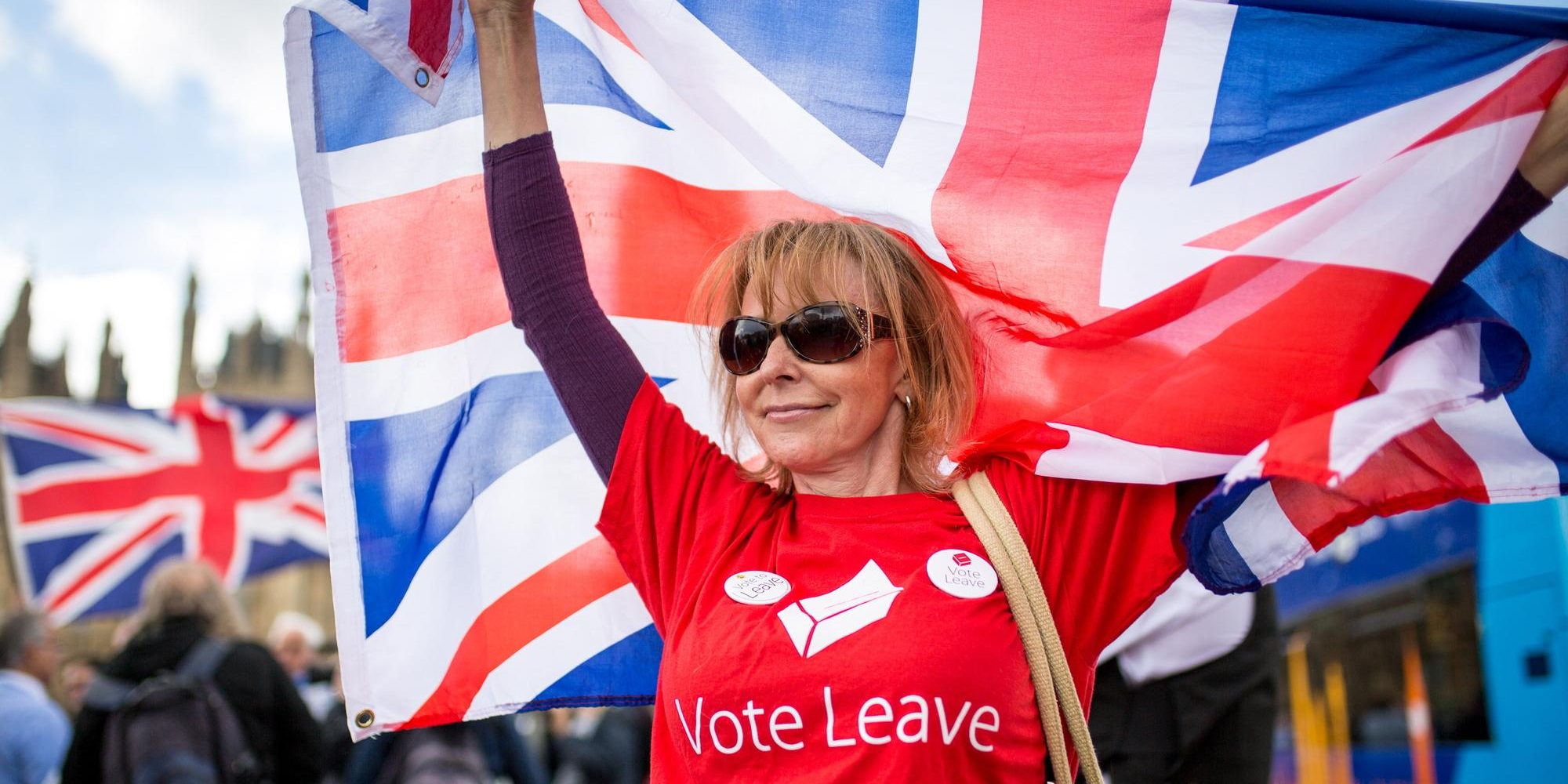 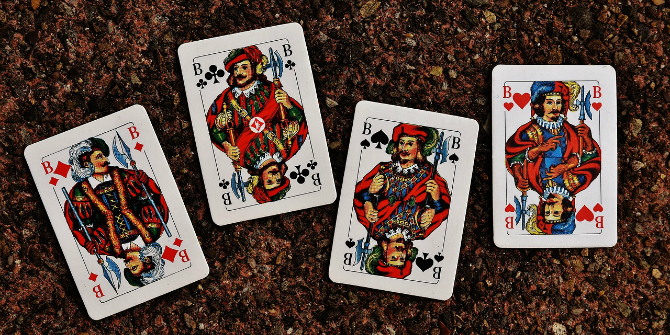