There is a popular assumption that the majority of Britons living in the rest of the EU are pensioners, who have exercised their treaty rights to reside in another EU member state post-retirement. In fact, 80% of the UK citizens who have made their homes and lives in the EU27 are below retirement age. Discussing her fieldwork with Britons living in Toulouse, Michaela Benson (Goldsmiths, University of London) examines the significance of European citizenship rights – particularly freedom of movement – for the career and life choices of these Britons and asks what the current agreements on citizens’ rights post-Brexit mean for them.

The British in the EU27 have an image problem

In the 15 years since I started my first research with Britons resident in rural France, I have come face-to-face with and counteracted stereotypes and misrepresentations of the British abroad, in academic conferences; in talking with friends, family and colleagues; and even within these British populations. Most recently, discussing our research into how British populations abroad are represented in UK parliament, Chantelle Lewis and I draw attention to how stereotypes of the British abroad as pensioners has pervaded UK parliamentary and policy concerns, working age populations and their concerns rarely getting a look in. As the legal status of these UK citizens is rewritten through the Brexit negotiations, it is time to put these stereotypes to bed.

What if I told you that nearly 80% of UK citizens who have made their homes and lives in the EU27 are below retirement age? According to the Office for National Statistics the majority of UK citizens living in the EU27 are of working age. It is therefore even more surprising that there is so little information circulating publicly about the lives of these working age Britons.

In our UK in a Changing Europe funded research talking Brexit, freedom of movement and citizenship with UK citizens living in the EU27, we have actively sought to ensure that the research addresses the diversity of age within this population. Testament to this is that 67% of our citizens’ panel—an element of the research that includes UK citizens living across the EU27—are between 20 and 60; in France and Spain, where we have been conducting interviews, recruitment has similarly succeeded in bringing students, young people raised in these countries, those migrating in pursuit of careers and relationships, into the frame. Our conversations with these populations highlight what freedom of movement—a central pillar of European integration—has meant for their lives, and the limits current agreements about citizens’ rights place on their ability to live their lives unchanged.

What has freedom of movement ever done for UK citizens?

Many of the working age Britons who have taken part in the research are those who benefitted from right to move and reside freely written into the Maastricht treaty. Conducting interviews with UK citizens in Toulouse, a fast-growing French city with opportunities, particularly within its aerospace industry, conducting research with UK citizens has offered insights into how migration had coincided with changes in employment. This is not a straightforward story about labour migration, where migration directly correlates with the pursuit of work. Personal accounts listed motivations including redundancy in the UK, prompting a move to France to explore possibilities; giving up work to accompany or rejoin a spouse who had a contract in Toulouse; but also pursuing posts in specialist research units based in the city. Locating these accounts within a broader context reveals how freedom of movement functioned for people as they navigated changing labour markets.

Emily, a 30-year old postdoctoral researcher was two years into a three-year contract in a specialist research laboratory in one of the city’s university. She planned to transition into the private sector at the end of this contract, but was worried that Brexit might make this plan more difficult to achieve. She was particularly worried that being British might disadvantage her in this competitive job market. The broader contexts here include an increasingly global research environment – Emily had already spent a couple of years working in the US after finishing her PhD in the UK—and the growing use of short-term contracts to employ academic researchers. Being mobile had, until now, facilitated her career.

Others recounted how their partners had been made redundant in the UK, and they had moved to Toulouse – often with young families – hoping that they might find work in the growing aerospace industry. Importantly, while there were many people who came to Toulouse with contracts already in hand, others were far more opportunistic. It often took some time to get into the system, to create the right networks and to find work – including having qualifications and experience recognised (formally and informally). The right to live and work in the EU was undoubtedly one mechanism that supported these migrations; post-transition, it remains to be seen how freely UK citizens might try and find work in another member state.

Freedom of movement: an oxymoron

The examples above are probably exactly what you might expect freedom of movement – a right commensurate with European citizenship as a market citizenship – to allow. But I want to turn to a final case that focusses on continued mobility with the EU. This is not so much the frontier and cross-border workers, whose rights have at least in principle been considered within the draft withdrawal agreement, but about those, often young UK citizens, who have used their citizenship to move around the EU. Take the example of 21 year-old Sam; in the last six months he had lived and working in France, Poland, Germany, the Czech Republic and Spain. He picked up casual work in each of these places, sometimes for payment, other times just for accommodation.

Freedom of movement as a right was not designed with this type of mobility in mind, but it is clear that EU citizenship has been used in this way, particularly in the case of young people who were struggling to find work and pay for housing in the UK. In fact, freedom of movement was never really about mobility. It was designed with an archetypal labour migrant in mind; one who came to work, and settled for that period in the country where they worked. Translating freedom of movement into citizens’ rights for the withdrawal agreement, this presumption of settlement is made all too visible. At present, the right to remain relies on demonstrating lawful residence, in itself a legal mechanism that relies on continuous residence in one country, often demonstrated by an address, bills, employment contracts.

I started out this post by highlighting that UK citizens living the EU27 have an image problem. Groups such as the British in Europe have been battling against this, as they try to get their rights upheld through the Brexit negotiations. It is clear that freedom of movement, beyond what it means in law, has become integral to the practices of UK citizens who have left the UK for the EU. Through the Brexit negotiations, it seems that the limitations of freedom of movement, its tethering to individual nation-states are even more pronounced in the current proposals about citizens rights.

What remains to be seen is how these are enacted and with what consequences for UK citizens who live more itinerant lives in the EU27: those who migrate in search of employment opportunities, and what this means for people coming to end of short-term contracts that fall short of eligibility requirements for lawful residence. 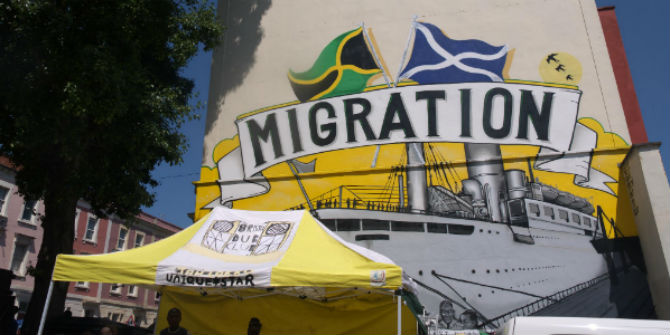 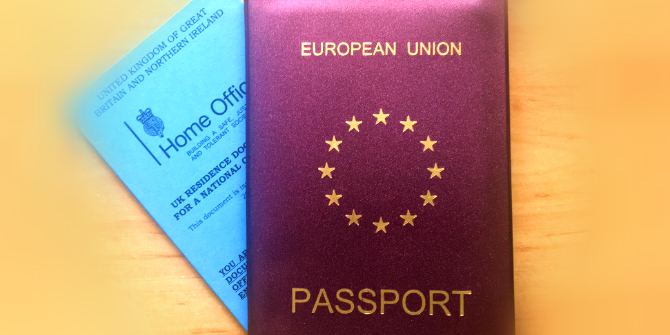