During recent elections in Poland, the US and the UK, tabloids, especially the online ones, have proved to be better predictors of voter sympathies than official polls. Helena Chmielewska-Szlajfer (Kozminski University/LSE) asked journalists writing for these predominantly right-leaning tabloids what they think about their work.

Tabloid journalists define professionalism in a twofold way: they contrast it with more ‘balanced’ media outlets and with their employer’s ideological bent, which often clashes with their own notions of balanced journalism. A sense of “professionalism” was mentioned most by those writers whose views were at odds with those of the tabloid. Most importantly, however, they underlined that these particular outlets are doing a better job at voicing people’s political views than experts and polls are.

Such was the situation in Poland during the election campaigns which led to victory for the Law and Justice party (PiS) in the presidential and parliamentary elections in 2015; in the United States during the election of Donald Trump as president in 2016; and in the United Kingdom in the 2016 Brexit vote. In all three cases the biggest and/or most influential online tabloids, which also provide extensive celebrity coverage, published articles which described the political mood, as it turned out, more accurately than other media outlets. In Poland, this could be seen on the website Pudelek (“Poodle”); in the US, Gawker (now Gizmodo Media Group); in the UK, on Mail Online.

For example, during the US presidential campaign, Gawker published a post on Trump’s “Grab them by the pussy” tape. Tellingly, one of the more popular comments under the article was: This video is gonna give him more votes if anything. He’s a straight talker! He ain’t politically correct! He’s not a politician! It’s dem media Dem’s against ’im! In Poland, during the presidential and parliamentary campaigns Pudelek published mixed posts on the right-wing party’s candidates, but the commenters usually proved to be Law and Justice enthusiasts: It’s normal, you have to tell guys what to do, otherwise it would never occur to them, was a sympathetic comment to a video posted on then-presidential candidate Andrzej Duda, who was being told by a prompter to kiss his wife after a televised meeting. Finally, during the Brexit referendum campaign the Mail posted a stinging article about a group of wealthy Britons who sent the then Prime Minister David Cameron a letter supporting UK’s membership in the EU. Readers’ responses were largely pro-Brexit, such as the comment: Ignore the thoughts of these multi-millionaires – they don’t give a damn for the ordinary British people. They want cheap labour and while we allow so many immigrants in to our home they will always undercut our own. VOTE FREEDOM.

While the editorial board of the British tabloid is infamously conservative, the reporters are less so. This political diversity is clear when one looks at the subsequent jobs of former Mail journalists (The Guardian and Politico, among others). Former online tabloid writers and current employees confirmed this to me. In light of this interesting paradox, at least two issues arise: firstly, why would the Mail hire non-right-wingers to write for it? Secondly, why do these journalists accept the job? When I asked Mail writers about this one of their first reactions was the word “professionalism”. On the one hand, the British online tabloid is considered one of the best places in the UK for journalistic training. On the other hand, however, for the people I interviewed “professionalism” also meant an approach to doing one’s job well despite the strong right-wing connotations of the medium. Interestingly, this notion was repeated also by writers working for Gawker and Pudelek, regardless of how they felt about the ideological bent of their respective employers.

Still, generally, journalists from the US and Polish online tabloids did not share such serious moral dilemmas as their Mail peers, as they felt more ideologically aligned with the media outlets they worked for. In the case of the Mail, it seems that the writers’ idea of professionalism has to encompass additional, or even different, qualities. Indeed, while all journalists I have talked to agreed that basic journalistic professionalism means “getting the accurate story out” (however broad this definition of “accurate story” was), for writers at the British online tabloid this also signifies spinning a story in such a way that it would be acceptable for the more right-wing editors. This entails attention-grabbing images and main arguments put in bullet points, using strong verbs and adjectives and avoiding complexities – especially if they sway towards the left. It also involves trying to ignore the daily’s clear right-wing identification, as if the journalists were writing for any other brand. (Of course, this moral ambivalence does not apply to writers who share the editorial board’s ideological stance.) Yet the “as if” attitude brings to mind a quite different reference: Vaclav Havel’s argument in Communist-ruled Czechoslovakia at the end of the 1970s, that one should act as if one were a member of a free society. In terms of Brexit, voicing dissent often proved a game of sarcastic subtleties, such as the article about an “upper-class” Tory MP who auctioned off “tea with his nanny” to raise money for the Brexit campaign. 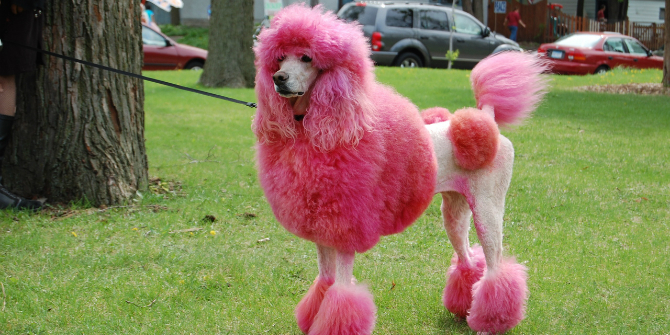 The Mail requires large numbers of staff and is constantly hiring new writers, especially given the daily’s rough management style of weekly “bollocking” starting from the publisher, through senior and mid-level editors, down to junior writers. Nonetheless, some of the journalists I talked to repeatedly pointed out that their co-workers were “very nice people”, as if to emphasise that regardless of the problematic management in the organisation as a whole, they worked in a bubble of amicability. Finally, from the point of view of a professional journalistic career path, the Mail pays better than others and offers job experience that is valuable elsewhere in the media industry.

As it turns out in the case of these online tabloids, journalists who work there see professionalism in two ways: at a general level they contrast it with more ‘balanced’ media outlets, with claims to objectivity and nuance. At a more personal level, online tabloid journalists put “professionalism” in contrast to the tabloid-employer’s strong ideological bent, which clashes with their personal ideas of what balanced journalism should be. Perhaps ironically, “professionalism” was mentioned most by writers who felt their own views went against those of the tabloid. Others, who did not struggle with this issue, focused on the “fun” instead. Still, however they defined their work in these particular outlets, online tabloid journalists did a better job at voicing people’s political views than experts and polls. The actual paradox may lie in the fact that it is not just the readers of balanced news who cast their ballot, and emotional news that screams and shocks the reader is more engaging than balanced media attempts at objectivity. Especially for the Mail, the numbers are telling: I was reminded more than once that it is the largest news website in the world. Yet Gawker and Pudelek are also many times more popular than non-tabloid news media. In the end, what you see is what you know, and online tabloids show that the visibility of emotionally-charged political news and equally charged comments cannot be ignored when it is time to vote.

This is an extended version of an article which first appeared on LSE Polis and it gives the views of the author, and not the position of LSE Brexit, nor of the London School of Economics.

Helena Chmielewska-Szlajfer is a Visiting Fellow a the LSE Department of Media & Communications and Assistant Professor at Kozminski University, Warsaw, and Editor-in-Chief of Tamara Journal for Critical Organization Inquiry. 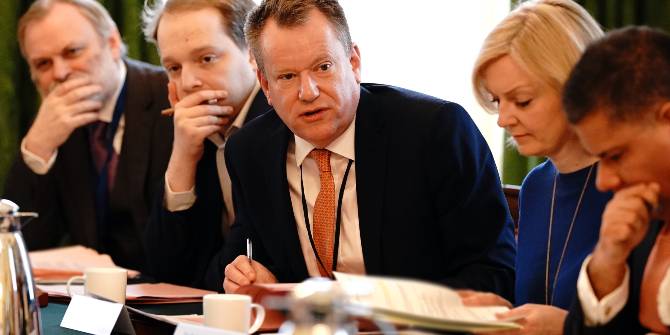 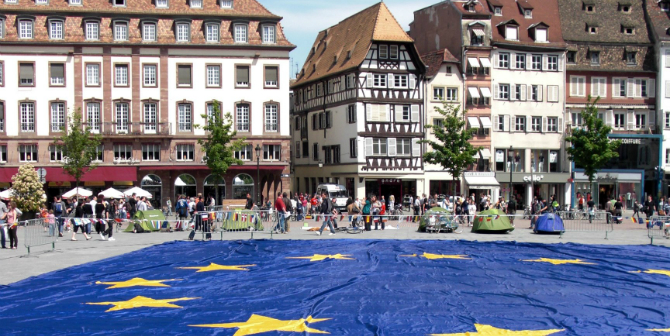