Sovereignty is often invoked by Brexiters – yet it is an increasingly slippery concept in a globalised world, where the demands of trade and diplomacy force states to compromise their independence. Philip Allott (University of Cambridge) discusses why the EU’s lack of a common identity has enabled sovereignty to be deployed as a patriotic concept.

The debate on UK withdrawal from the EU has included talk about sovereignty, as if sovereignty were a given to which divergent political opinions can be attached. But the word ‘sovereignty’ is a false friend. It seems to mean something clear and precise. It does not. Before final and fatal decisions are taken on the basis of those divergent opinions, it may be as well to make one last attempt to say how the word should be understood.

Its meaning depends on the context in which it is used and the intention of the speaker. Used in political debate it is a guarantee of confusion. The two main contexts of its use are national and international. The intention of the speaker is relevant because the word has been used as a fighting word in constitutional struggles in many countries over the course of centuries, and it has been used in international struggles for the recognition of a people as a state and in justifying wars, when self-defence is presented as a response to what is seen as a threat to a state’s sovereignty. The word comes with heavy baggage of national and international history.

In the national context, the word has been the focus of never-ending debate about the location of ultimate legal authority in a society, and hence the location of ultimate political power.  It has been a vehicle carrying the ambitions of rulers and revolutionaries.  With ‘God’ at one end of the scale and ‘the people’ at the other, philosophical big guns have been wheeled in to support the use of the word in countless historical situations.

In the international context, the word has been a focus of the formation of the modern international system of so-called ‘states’ existing in what the UN Charter calls ‘sovereign equality’, each seen as an island entire of itself (to echo John Donne for the first time, but not for the last). The disentanglement of France and Britain in the later Middle Ages and the rescue of Europe from the disaster of the Thirty Years War in the 17th century were key moments in the eventual conceptualising, in the 18th century, of the current international system, which was powerfully affirmed in the 20th century by the claims of colonies to become duly recognised states, full members of the international system – claims which US President Woodrow Wilson, in his Fourteen Points speech on Allied war aims and peace terms (1918), referred to as a question of ‘sovereignty’.

However, in both contexts, the word has been the focus of disabling paradoxes. Nationally, the idea of the ‘separation of powers’ has meant that, in liberal democracies at least, there is no sovereign, in the sense of an ultimate holder of legal and political power. Internationally, diplomacy and war have meant that no island-state has ever been entire of itself, let alone equal to all others.  States have never stopped interfering in each other’s internal affairs, politically and economically and through the use of armed force, and, on the other hand, they have never stopped inventing ever more complex rules and systems for making their restless co-existence possible and profitable.

It is in the exercise of what they see as their sovereignty that states agree to limitations on their sovereignty, power-sharing designed to serve their reciprocal self-interest. International law and international government are now so dense and so all-embracing that the idea of ‘independence’ usually implied by the use of the word ‘sovereignty’ is withering away, and national government is becoming residual in a world, a ‘globalising’ world, in which all states are now utterly dependent for their survival and flourishing on playing well the international game of mutual interdependence.

Managing that new situation is, like all political and diplomatic action, a permanent everyday challenge, requiring a great deal of creative imagination and practical ingenuity. Resort to the word ‘sovereignty’ may be used as a weapon in that struggle. But, beyond that, it can have the incidental value of reminding us of a serious weakness at the heart of the existing system of European integration. Its founders misunderstood the distinction between nationalism and patriotism.

European integration might serve to overcome the worst aspects of the 19th century invention of aggressive nationalism. Patriotism is a profound human experience that did not need to be invented. Love of a precious source of one’s identity cannot be overridden by law and government, however rational they might otherwise be.  It has certainly been abused and manipulated in the service of nationalism. In the context of European integration, the word ‘sovereignty’ has been used to express resistance to what is seen as a threat to a cherished sense of collective identity other than citizenship of the EU, a citizenship which is still a perilously weak form of self-identifying. Europe contains many stronger forms of self-identifying, including the collective self-identifying of the citizens of each member state and the self-identifying of the multiple peoples present within each of the member states.

In 1962, Dean Acheson, US Secretary of State, said that Britain had lost an empire but had not yet found a role.  He was encouraging Britain to take its place in the new European landscape. A new role for Britain might be to bring its experience of progressive constitutionalism over the course of fifteen hundred years to the task of reforming the European Union, so that it becomes a recognisable liberal democratic polity engaging the hearts and the minds of the amazing, and amazingly diverse, people and peoples of Europe.  ‘If a clod be washed away by the sea, Europe is the less’ (to echo John Donne for one last time). A lessened Europe is a bad thing for the world in general. 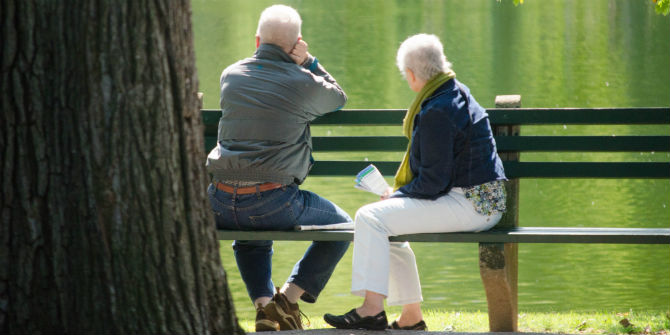