Where does Brexit leave Central and Eastern Europe? On the one hand, it pulls the centre of EU gravity eastwards, further away from the Atlantic. On the other, it leaves the region vulnerable on its eastern frontier. Alina Bârgăoanu (Harvard) explains why these states feel abandoned and fear domination by Germany.

The Euractiv journalist Peter Wilding should be proud: back in 2012, when he coined the term Brexit, he could not have imagined that it would have its current circulation – let alone that it would entertain such a rich spectrum of attributes: hard, soft, smart, creative, 2.0 etc. I would like to emphasise some of the aspects of Brexit that are largely missing from the mainstream narratives – especially those stressing the “unified” response of the remaining 27 member states to the “British delusions of global power”.

First, Brexit is by far the most important recent geopolitical event for the Union and its European neighbourhood. In the history of European integration. I would place it next to German reunification. Why? When we talk about the history of European integration, we refer to the Franco-German engine. But we fail to emphasise that “half” of that engine included only the western “half” of Germany, the Federal Republic of Germany. After German reunification, the founding EU engine became a rather different geopolitical entity. Geopolitically, the Union “moved” eastwards, and thus acquired continental-like features. This process was amplified by the two waves of eastward expansion, in 2004 and 2007. The only power left to provide some sort of balance between the continental and maritime features of the Union was Great Britain. Britain is the only European power that “pulls” the Union towards the transatlantic world. With Britain absent, the already powerful continental features of the EU – with Germany at its core – are reinforced. Brexit is a geopolitical catastrophe, not for the entire European continent, but for the transatlantic world which finds itself fractured right in the middle.

Keeping that geopolitical perspective, let me make my second point. It has been underlined that without Britain, EU will never be the same again (which is pretty common sense). The EU is definitely suffering, but not as a result of Brexit. In fact, there is almost a sense of relief that one can finally talk about an EU army, about a European Monetary Fund, about an economic Schengen, and finally enjoy some financial and geopolitical freedom. The only region that is left vulnerable as a result of Brexit is its eastern frontier. Estonia, Latvia, Lithuania, Poland, Czech Republic, Slovakia, Hungary, Romania and Bulgaria (with due differences between them) inhabit the corridor between the Baltic Sea and the Black Sea separating Germany from Russia and depend for their security on the robustness of the transatlantic world (meaning the EU, Britain and the US). Together, they represent an “unquiet frontier”, a concept conceptualised by Grygiel and Mitchell (2017), where the pre-eminence of the United States and hence of the US-led global order is challenged.

The concept of a “two”, or “multi-speed Europe” would have never acquired the current quasi-official recognition without Brexit. One of the consequences that we will become more and more apparent in the aftermath of Brexit is that the European Union means more and more the euro zone or the Schengen Area, both with new entries and fresh exits. The two-speed European Union will be enshrined as a well-defined political reality: one speed with well-established borders (institutional and otherwise) and a second speed with porous borders, maintained “just in case”, for some security considerations or for “virtues” such as cheap and skilled labour or the size of domestic markets.

What Jürgen Habermas said about Poland could be safely generalised to all the states making up “the transatlantic world’s unquiet frontier”: “many Poles are torn between the fear of being oppressed by Germany and France, on the one hand, and the fear of being left behind, on the other” (Habermas, 2006). The “unified response” of the eastern bloc of the EU in response to Brexit was not so much an instance of “passionate, emotional solidarity”, as Douglas Alexander recently put it during a conference hosted by the Center for European Studies at Harvard University, but a calculation of the trade-off between “oppression” and “abandonment”, in Habermas’ terms.

“It takes two to tango”, Jan Zielonka aptly reminds us in relation to the Brexit saga (2017). While legitimately concerned with the future situation of their citizens that live and work in UK, many of the eastern member states left the negotiating power exclusively in the hands of their western counterparts. They did so out of political anxiety regarding a potential unravelling of the EU without Great Britain, and in response to the more or less explicit pressure that, depending on their behaviour, they can be left out of the emerging European core. No security, geopolitical concerns, no reflection on the socio-economic factors that set Brexit in motion, just the official script underlying the unified response of the remaining 27.

During the same conference at Harvard, Douglas Alexander mentioned what some Polish friends had told him – that between Russian domination and German domination, they would certainly choose the latter. “Oppression” and “domination” are definitely too strong to use in this context. But fear of abandonment, of peaceful, “pragmatic” agreements between the great continental powers of the European continent – without Britain as a possible shock absorber – are definitely pressure points for countries making up the “unquiet frontier of the transatlantic world”.

Alina Bârgăoanu is a Romanian communication scholar currently affiliated with Center for European Studies at Harvard University, with a research project on “The East-West Divide in the European Union and Consequences for the Transatlantic Relationship”. 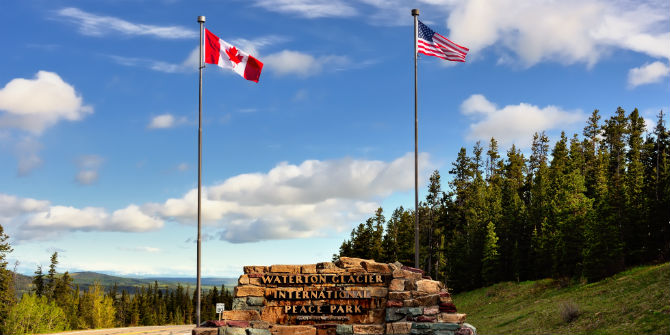 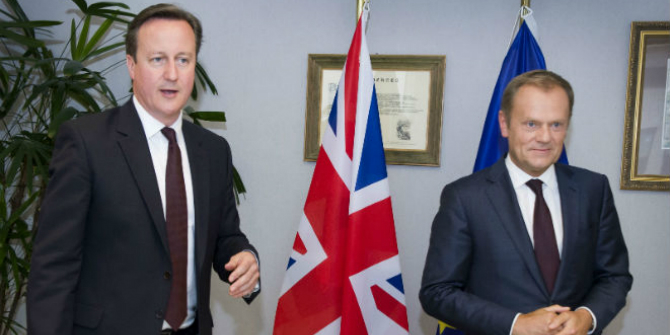