Jeremy Corbyn has managed to keep the loyalty of his members despite being at odds with them over the most important political decision in a generation. Glen O’Hara (Oxford Brookes) explains how this tortured and constructive ambiguity serves the leader’s goals.

Many Labour members seem confused by their party’s ambiguity over Brexit. Some more seem furious about it. The vast majority of Labour’s membership would like a second referendum on Britain’s membership of the European Union, and almost all of those who do would then like to campaign for Remain. But despite endless tiny shifts towards those positions, the party still seems less than likely to shift to them in time to make any decisive difference to Brexit itself. To many Labour members, it looks all too much like their party is going to sit on the sidelines while the most momentous decision for four decades is being forged.

The reason for a lot of the confusion and anger is the rhetoric of Labour’s leader during both his 2015 and 2016 campaigns for the leadership. Jeremy Corbyn made party democracy and ‘listening to the members’ the centrepiece of his campaign – and many left-wing voters, tired of what they say as too much reliance on opinion polls, focus groups and ‘spin’, were attracted by just this vision. Such ideas have also become entrenched in the party’s very idea of itself: all of its leaders since John Smith, with his One Member One Vote triumph over parliamentary selection in 1993, have emphasised just how important members are.

But Labour’s ambivalence should not seem so strange at all. It is in fact an inevitable consequence of its desire for power – in the end, the only way that political parties can change anything at all – and the strange path towards normalisation that its present leadership is treading. Consider the intellectual roots of Corbynism. One part democratic centralism, another part 1960s New Leftism, and a further part anti-colonial liberationism (among other elements), its whole thrust is towards very radical, rapid change and the establishment of a new intellectual hegemony: not the only characteristics that it has in common with both Thatcherism and Blairism.

From this perspective, the Labour party’s membership have already played a key part of their role: they have placed a very small cadre of dedicated radicals at the top of a British political party for the first time since the early 1980s. Their role now is to enforce the change that they have decided for, and to take part in that highly-determined paradigm shift as carriers of a message dictating economic and social ‘democratisation’. Their function is certainly not to question its very direction or nature.

Once you adopt this perspective, which vests in Labour both unquestioned moral good and a role in a decisive historical moment, all else becomes very clear. Brexit is going to cause, at the very least, political chaos, as one wing of the Conservative party is alienated from its leadership and perhaps even breaks formal ties with the rest. In its most dangerous form, a totally disorderly Brexit is likely to lead to economic and social dislocation on a scale that Britain has not seen since the Winter of Discontent in 1978-79. All of this is to the good for Labour. Opinion poll after opinion poll shows that the voters will blame the government, not the opposition, if this does happen – and if trust in British governance itself is indeed shaken by a disastrous no-deal scenario, Labour’s anti-established rhetoric about a failed ‘rigged system’ will gain all the more purchase. In general, revolutionaries need chaos to thrive – just as Margaret Thatcher needed the Winter of Discontent to dislodge James Callaghan (a far more popular leader at the time than she was) from Downing Street.

Labour’s shameless posturing about Brexit is obvious to anyone who actually understands the issues. They continue to say that Britain should have ‘a close relationship’ with the EU that will focus on ‘retaining the benefits of the Single Market’ – an entirely spurious objective that deliberately hides more than it reveals. Even worse has been their opportunistic hustle on the question of the Northern Ireland backstop, an idea both popular with their socialist sister party the SDLP, and with the public in Northern Ireland itself. Only now, right at the end of the process, has Labour’s Brexit spokesperson Keir Starmer admitted that Labour would have to keep the backstop – as all along, the party knew very well. They pretended to dislike the idea to woo Northern Ireland’s Democratic Unionists, and to draw a false dividing line with the government, a cynical act of hucksterism designed to cause the government new problems rather than to suggest new solutions.

The problem for anyone making these points is that almost no-one in the wider public – indeed, very few people even within the policymaking community – really understands them. For what the Labour leadership team have rightly learned from Donald Trump is that they you can say anything you like for political advantage, because the news agenda is so jittery, so fast-moving, that your misrepresentations will before long be submerged more news than anyone could ever want. Labour’s very watery version of this is relatively harmless when compared to the president’s many untruths, but it has the same root – a new media environment in which the level of noise created is much more important than the sharpness of the message carried.

The obvious obfuscation and triangulation is definitely some threat to Labour’s new-found popularity – and its status as a mass membership party. But Labour voters really have nowhere else to go. The Liberal Democrats now have only 11 MPs, and even a really successful election campaign might see them win only about 20 in total (beyond that, they need swings of more than 5%). The Greens have only one seat. Only in Scotland, where the latest polling seems to show the Scottish National Party advancing, is there a really viable pro-European alternative to voting Labour.

As for Labour’s membership, there is now evidence that it is falling away – though of course from a very high level. But the extraordinary level of faith placed in Corbyn by Labour members gives him a huge amount of room for manoeuvre. He has helped to pass the Investigatory Powers Act, gone to the country on a manifesto containing £7bn of welfare cuts, whipped Labour MPs to vote for tax cuts for higher earners, made overtures to the DUP, fought a Remain campaign in the EU referendum that was at best lukewarm and at worst active sabotage: yet members are still full-square behind him, not because of what he does, but because of what he represents. What he does is irrelevant. The same poll showing that approaching 90% of Labour members want a new referendum showed that nearly half of them still backed his approach.

For all these reasons, Labour’s Brexit policies might be morally shoddy, but they are politically both understandable and probably right. They simply do not want to come out in outright opposition to Brexit, for that would threaten to let a good crisis go to waste. Key players in its leadership team believe, with some justification, that Brexit itself is the result of a completely exhausted political philosophy – ‘neoliberalism’ itself – and that it should be left to work itself out. But at the same time, they cannot possibly come out clearly in favour of leaving the EU. They simply cannot compromise with the Prime Minister, or build their own post-Brexit alternative, because that would cause so many of their voters and members to revolt. So they go on, in Churchill’s words, ‘decided only to be undecided, resolved to be irresolute, adamant for drift, solid for fluidity, all-powerful to be impotent’.

Glen O’Hara is Professor of Modern and Contemporary History at Oxford Brookes University. He is the author of a series of books on modern British politics and governance, including Governing Post-War Britain: The Paradoxes of Progress, 1951-1973 (2012) and The Politics of Water in Post-War Britain (2017). He tweets as @gsoh31, and writes his own blog, ‘Public Policy and the Past’. 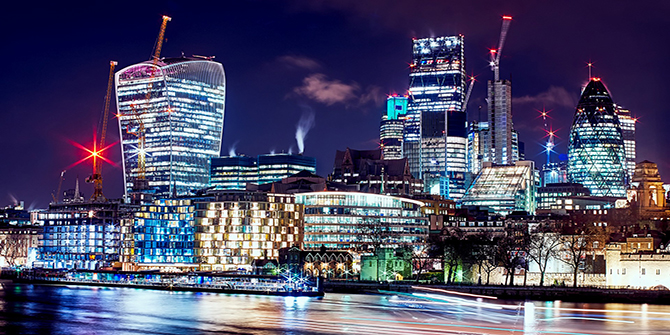 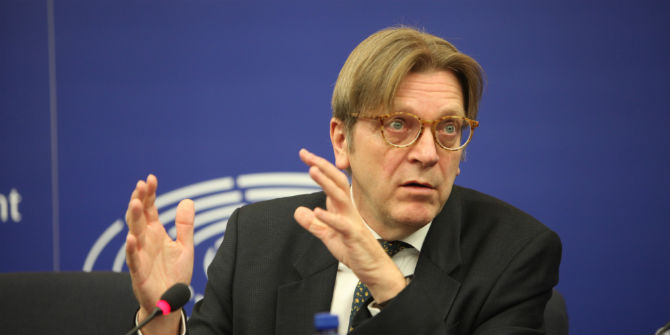 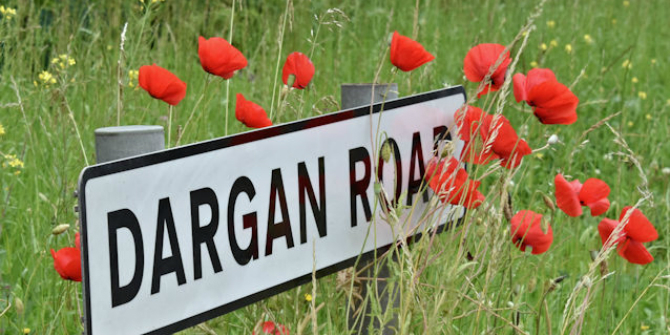