The Home Office maintains the EU Settlement Scheme is performing well, and welcomes the fact that a million EU citizens have applied. But is it working well for the applicants? Kuba Jablonowski says important questions remain – not least why so many people are being granted pre-settled status, and why application rates are slowing down.

With the monthly release of the EU Settlement Scheme statistics on 15 August, the Home Office boasted that “over one million people have been granted settled or pre-settled status.” At the same time, it briefed that no applications were refused under the Scheme, which had launched in March 2019. However, while its press release framed the news about one million applications as reaching “a milestone,” the Home Office remained characteristically silent on any future performance indicators. It gave no clarity on the number of applications expected under the scheme before its deadline at the end of December 2020, should the UK crash out of the EU without a deal. There is no clarity on other benchmarks either. Thus, while it answered some questions, one pertinent question remains: how well, or how badly, is the scheme performing?

A million applications processed sounds like a lot, but the often-cited estimate of the number of EU27 citizens resident in the UK is much higher and reached 3.64mn at the end of December 2018, according to the Office for National Statistics (ONS). This figure includes Irish citizens, who are eligible for the scheme but do not have to apply to remain in the UK, but it does not include EFTA and Swiss citizens. Crucially though, it does not include third-country family members who must all apply. How many are there? We do not know.

What we do know, however, is that there are multiple problems with the ONS estimate: it does not include EU27 citizens living in communal establishments, or those who reside in the UK only for part of the year. ONS survey research, which feeds data into its population estimates, suffers from declining response rates and there are concerns about non-response bias: are newly arrived migrants as likely to participate as other respondents?

Even disregarding all these concerns and taking the ONS estimate at face value, we are left with a margin of error of around 92,000 people. Is this a good benchmark for the performance on the EU Settlement Scheme? It is the best one we have – but it is not a good one. As a recent Migration Observatory briefing stated, it “is possible that tens of thousands of EU citizens living in the UK could lose their legal status without this being clear from the data.” As if that litany of uncertainties was not enough, in an otherwise laudable move the ONS recently acknowledged significant errors in its migration survey. Since then the migration stats have been reclassified from national to experimental statistics.

Given this lack of precise information on the population eligible for the EU Settlement Scheme, transparency is paramount – but it is not forthcoming. Targets and performance indicators, it seems, are only to be revealed once they are reached. Nevertheless, we can learn several things from the statistics that were released.

Firstly, over one million applications were received under the scheme by the end of July, but monthly volumes slowed down since the early rush. Were the 131,300 applications received in July a good or a bad result? It is hard to tell, because of the uncertainty over the underlying number of those eligible. But given that more and more people are aware of the scheme, the trend should really be the reverse. We should see an increase, not a decline, in application volumes. It is, of course, likely that the trend will reverse for August. The recent controversy caused by the Home Secretary’s statement on ending free movement abruptly on 31 October generated a lot of publicity around the Scheme, and this may well lead to a spike in applications. Still, the numbers received to date do not look promising. To counter such arguments, and to back up its claims on the Scheme’s good performance, the Home Office should reveal key performance indicators. This would build trust in the Scheme, rather than stoke fears of it. Ultimately, it could help drive up application volumes. 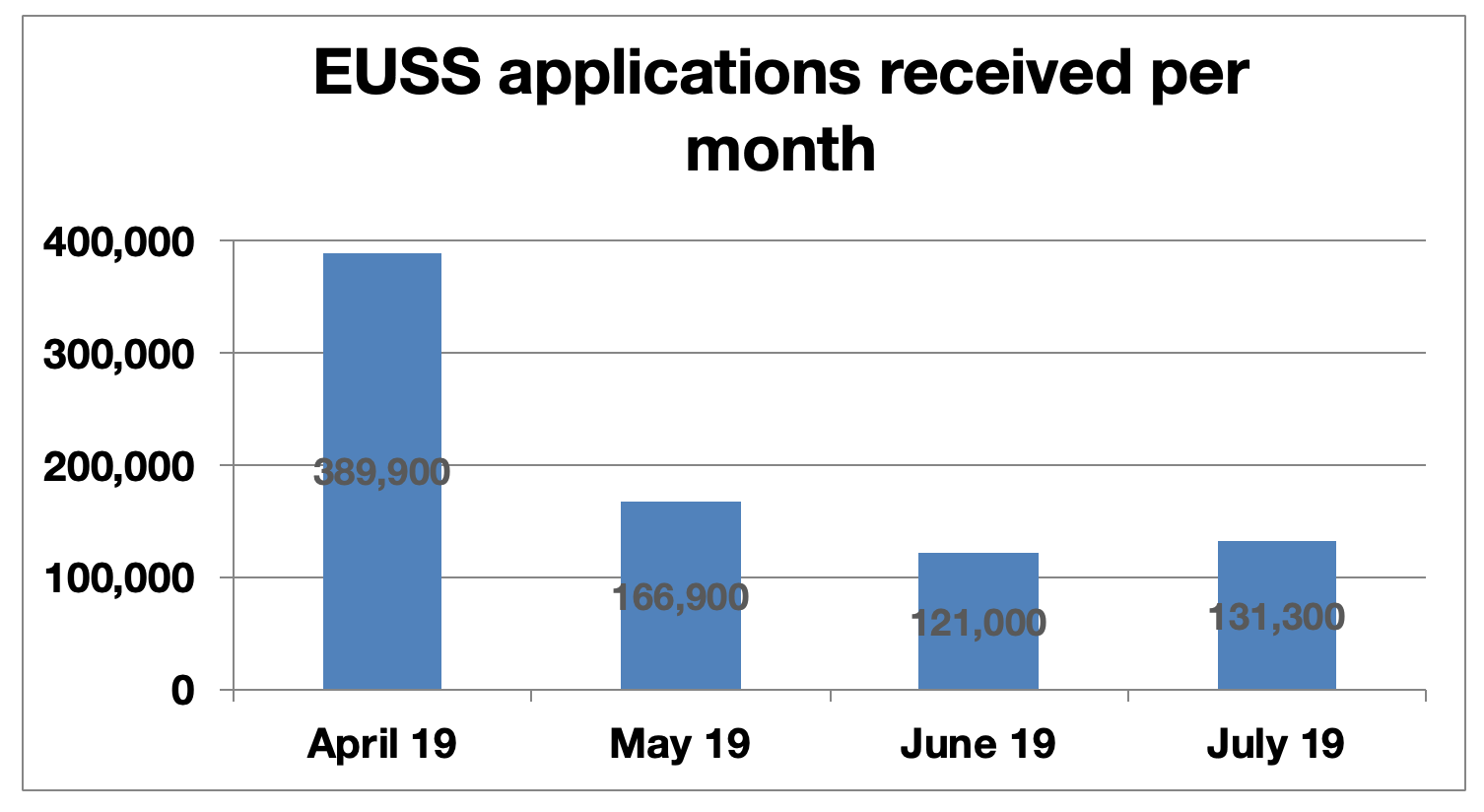 The second thing we have learned, and it is as concerning as the decreasing application volume, is to do with processing. It could reasonably be expected to go up as the scheme matures. After all, the staff processing applications should be getting better at their work, and the process should be running more smoothly. But this is not what we are seeing. The volumes of applications concluded in June and July were down versus April and May, the first full two months of the Scheme’s operation. What is concerning too is the application backlog. While it is now below 90,000 open cases, it was not cleared as application volumes slowed down and this again raises questions. 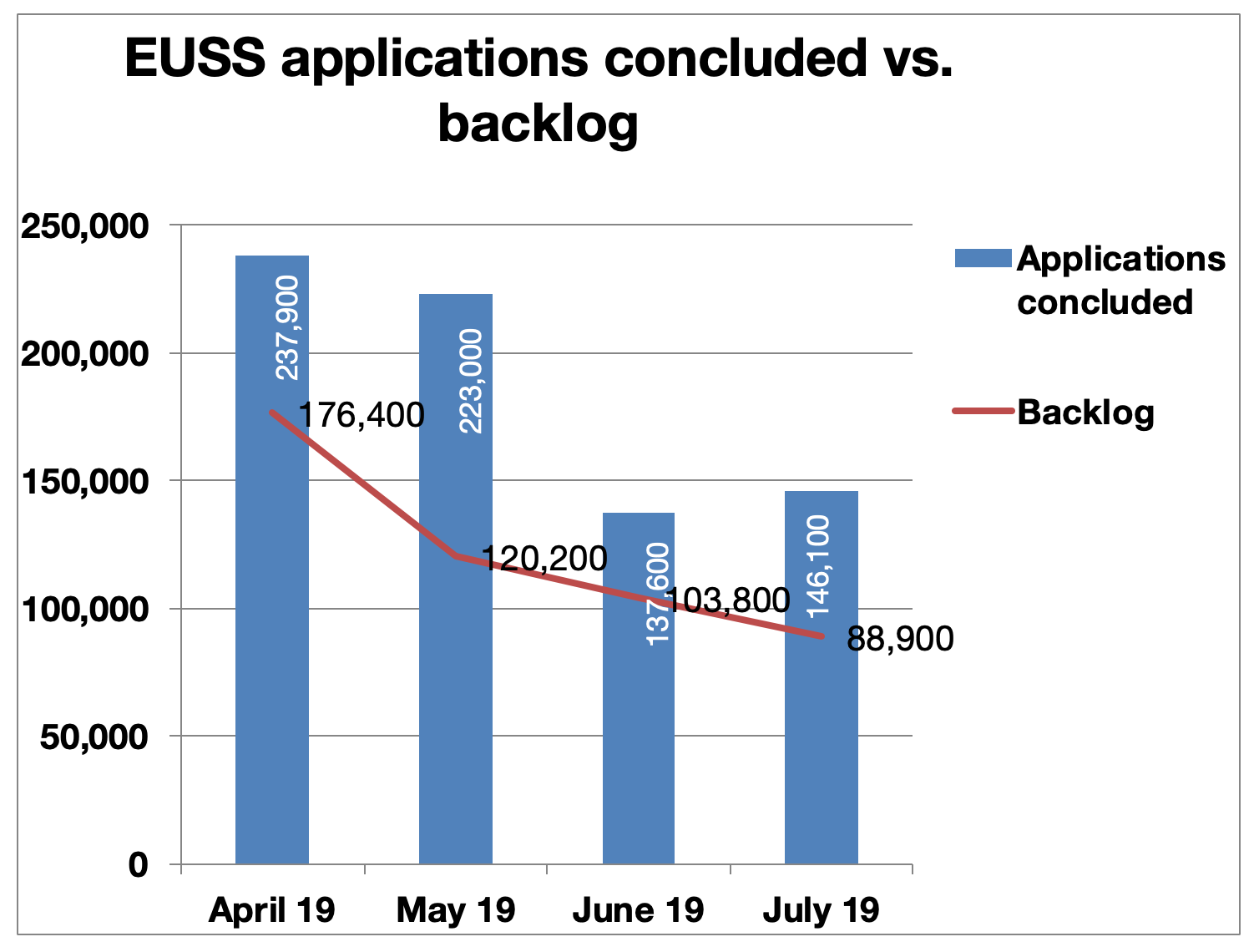 Who is waiting, and why? Are applications processed more slowly? Are some applications more likely to take longer than others? Which? It is welcome that high numbers were processed quickly at the launch of the Scheme. However, more transparency on why applications are processed slowly would help understand the Scheme’s current performance. This is important in terms of both operational capacity and the equality impact.

Added to this is concern about applications with “other outcomes”, which the Home Office defines as “any outcome that did not result in a grant of leave because the application was withdrawn by the applicant, was invalid as it did not include the required proof of identity and nationality or other mandatory information, or was void because the applicant was ineligible to apply.” Applications to the Scheme generally time out after 70 days. This may explain why it took three months for their rate to creep up from the negligible 0.1% to the worrying 1.6% in statistical releases. Unfortunately, without any further breakdown of this figure, it is hard to tell just how concerning a development it is. 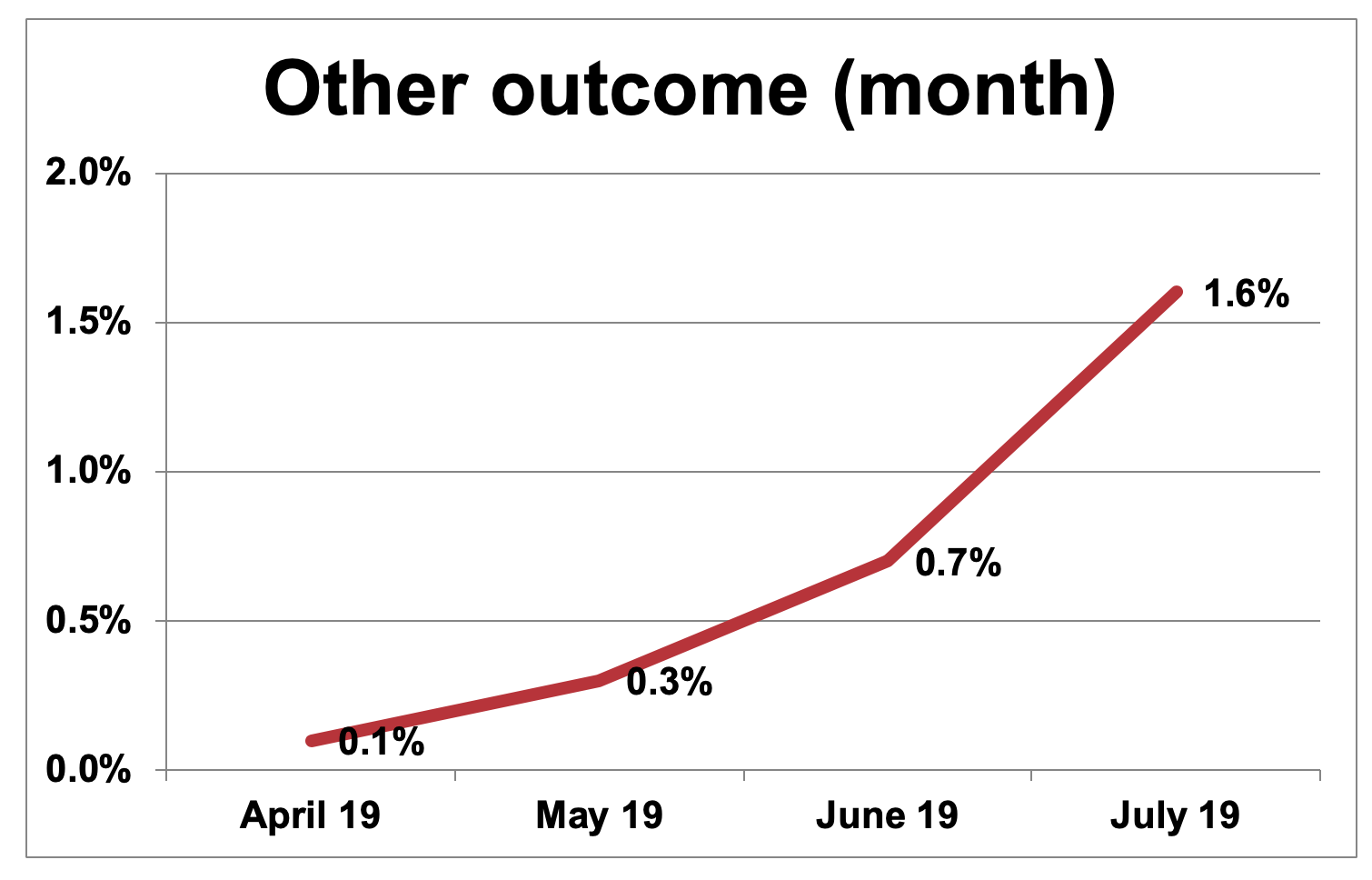 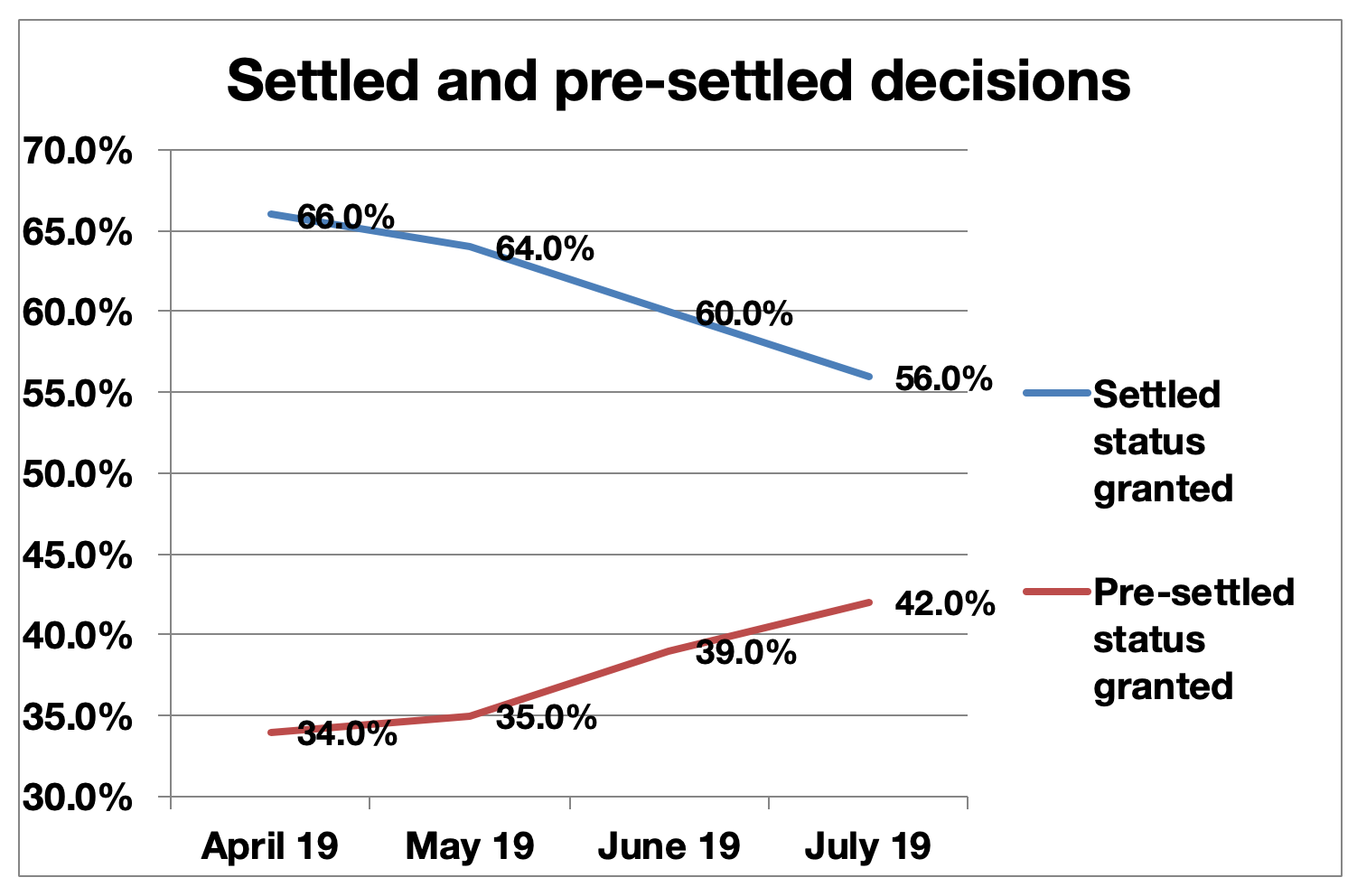 This is what we know so far. The Home Office maintains the EU Settlement Scheme is performing well. And it may well be true from the Home Office’s point of view. But is it really working well for those who apply to it?

This post represents the views of the author and not those of LSE Brexit, nor LSE. Image © Copyright Christopher Hilton and licensed for reuse under this Creative Commons Licence.