The mess that UK politics is in cannot be overstated, nor the harm that this is doing to many of its citizens and the economy. Can a general election be a way out of the Brexit conundrum?  It could lead to a change of government and at least would almost certainly mean a new prime minister. In this blog, John Ryan (LSE) explains what might happen, and says that an extension of Article 50 would be necessary to hold a general election.

In the discussion of how to break the Brexit impasse, the idea of holding a snap general election is suggested by some. This could lead to a change of government and at least would almost certainly mean a new prime minister. Although general election campaigns are inevitably far more wide-ranging than referendums, making them ill-suited to resolving individual policy questions, the fact that it would lead to a decisive change in political leadership could make it an appealing option, particularly for those opposed to No Deal or another referendum.

Any campaign would inevitably be dominated by Brexit, but it is hard to see either of the main parties producing a coherent manifesto on the Brexit question. The Conservative campaign, if led by Theresa May, might well consist of her already rejected deal. The Labour one would very likely maintain the dogged assertions made by Jeremy Corbyn: that Labour would somehow extract from negotiations the benefits of being in the Single Market without the constraints.

The result might indeed be another hung parliament and no end to the Westminster stalemate. Even a government elected with an apparent majority could still struggle to find a majority in Parliament for its version of Brexit.

How could a general election come about? The first option is that a two-thirds majority of the Commons (not just those that show up to vote), or 464 MPs, would need to vote for an election. The second option is that a simple majority (50% +1, so a minimum of 326) of MPs must pass a specifically worded no-confidence motion in the government. This would then be followed by a two-week period when an alternative government could be formed. If such a government could not be formed, there would be a general election thereafter. A final (probably impracticable) option would be to overturn the Fixed Term Parliaments Act itself. This is something that the Conservative manifesto of 2017 pledged to do and would involve the government winning a vote in Parliament.

In practice, an extension of Article 50 would be necessary to hold a general election. Although a general election could be called and held relatively quickly, in all likelihood we would end up with a new prime minister who would almost certainly want to renegotiate at least some aspects of the Brexit deal. Theresa May has made a commitment not to lead the Conservatives into the scheduled 2022 general election, but in practice, this probably also applies to any earlier election.

A few weeks ago there were rumours that Tory polling has concluded a snap general election would put Jeremy Corbyn in Downing Street. Senior Conservative officials have privately warned Theresa May that she could face disaster if she calls a new nationwide poll to try to unblock her irresolvable Brexit deal proposal. Confidential party projections put Jeremy Corbyn in No.10, at the helm of a rainbow coalition government including the SNP and the Lib Dems. The internal report says the Tories are completely unprepared for an election, with databases out of date and the grassroots badly demoralized.

A more recent YouGov poll for The Times suggested, however, that Theresa May could win a working majority if a general election was held today. According to YouGov, which had correctly predicted a hung parliament in 2017, Conservatives would gain 4 seats to take 321 seats, while the Labour party would fall to 250 seats, down 12 from 2017. The Liberal Democrats and the Scottish National Party would both gain 4 seats each. These polls are snapshots and as we saw in the last General Election campaign significant leads can be overhauled.

Labour’s chances of forcing a general election to renegotiate Brexit are now slim according to John McDonnell who indicated that Labour is considering a compromise Brexit deal with the government — or a second referendum. Keir Starmer has poured cold water on pushing for a general election was no longer a “credible option.” Starmer’s intervention sparked a sharp response from Jeremy Corbyn’s office, which insisted an early election remained the party’s “preferred option.”

It is difficult to predict what Theresa May would put in her 2019 election manifesto as the Tories’ official position on Brexit and in fact it is similarly difficult to predict Jeremy Corbyn’s official position. The mess that UK politics is in can’t be overstated, and the harm that this is doing to many of its citizens and the economy. With the possibility of leaving with no deal, UK and foreign firms are having to make decisions to move jobs abroad to avoid the impact of that outcome. That, in turn, reduces the living standards of everyone in the UK. Rather than trying to convince them to stay, the government is actually urging firms and citizens to plan for No Deal.

Prime Ministers Theresa May is lacking authority and credibility, unable to listen or lead. Indeed, having led the first government to be found in contempt of parliament, May now finds herself in contempt of the people: is her intransigence paralysing the country, the economy, the political system the country and its economy perhaps for years to come. Now the endgame threatens the preservation not simply of the British government, but of modern Britain. The Brexit process revealed the weakness of Westminster’s insular politics. The UK Parliament is seemingly incapable of running a modern economy and society. Westminster’s politics are becoming more not less dysfunctional.  Whether a general election could provide a way out of this mess, hangs in the balance.

This article gives the views of the author, and not the position of LSE Brexit, nor of the London School of Economics. Image © Copyright ceridwen and licensed for reuse under this Creative Commons Licence.

Professor John Ryan is a Visiting Fellow at LSE IDEAS. He was a fellow at the St Edmund’s College, University of Cambridge and the German Institute for International and Security Affairs, Berlin, Germany. John is working as a senior partner in consultancy as a Brexit adviser for EU, Gulf and Asian clients. 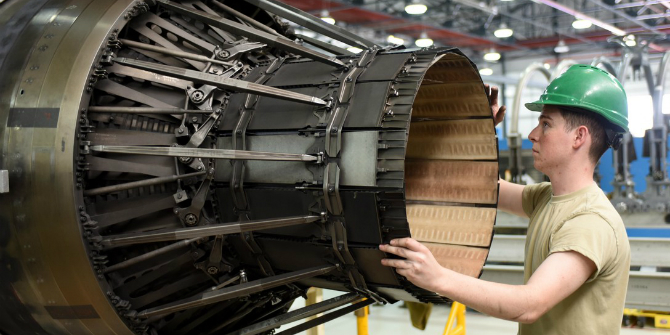 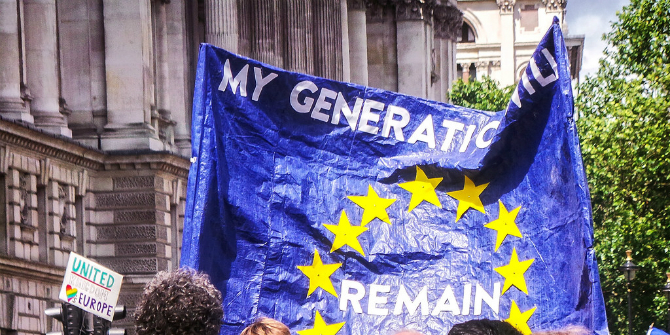 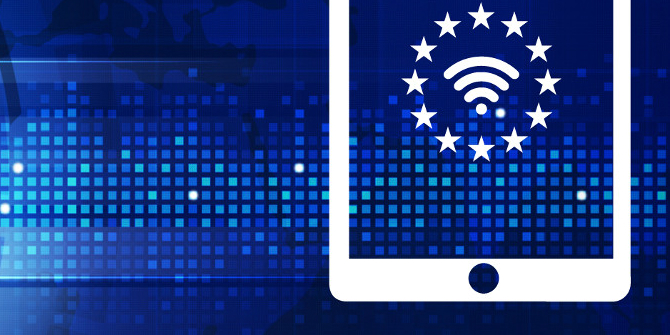