LSE Library curator Daniel Payne shares some of his favourite images from the first European Parliament elections in 1979.

The first ever European Parliament elections were held 40 years ago, with an average voter turnout across the member states of 62% (the UK had just 32%). Since then, LSE Library has been documenting the UK’s relationship with Europe through an extensive archive focusing on campaigning material. Recently the Library digitised leaflets from the 1975 and 2016 UK referendums on EU membership. The archives of campaigning groups, MPs and organisations are also held at the Library and available for all to consult. 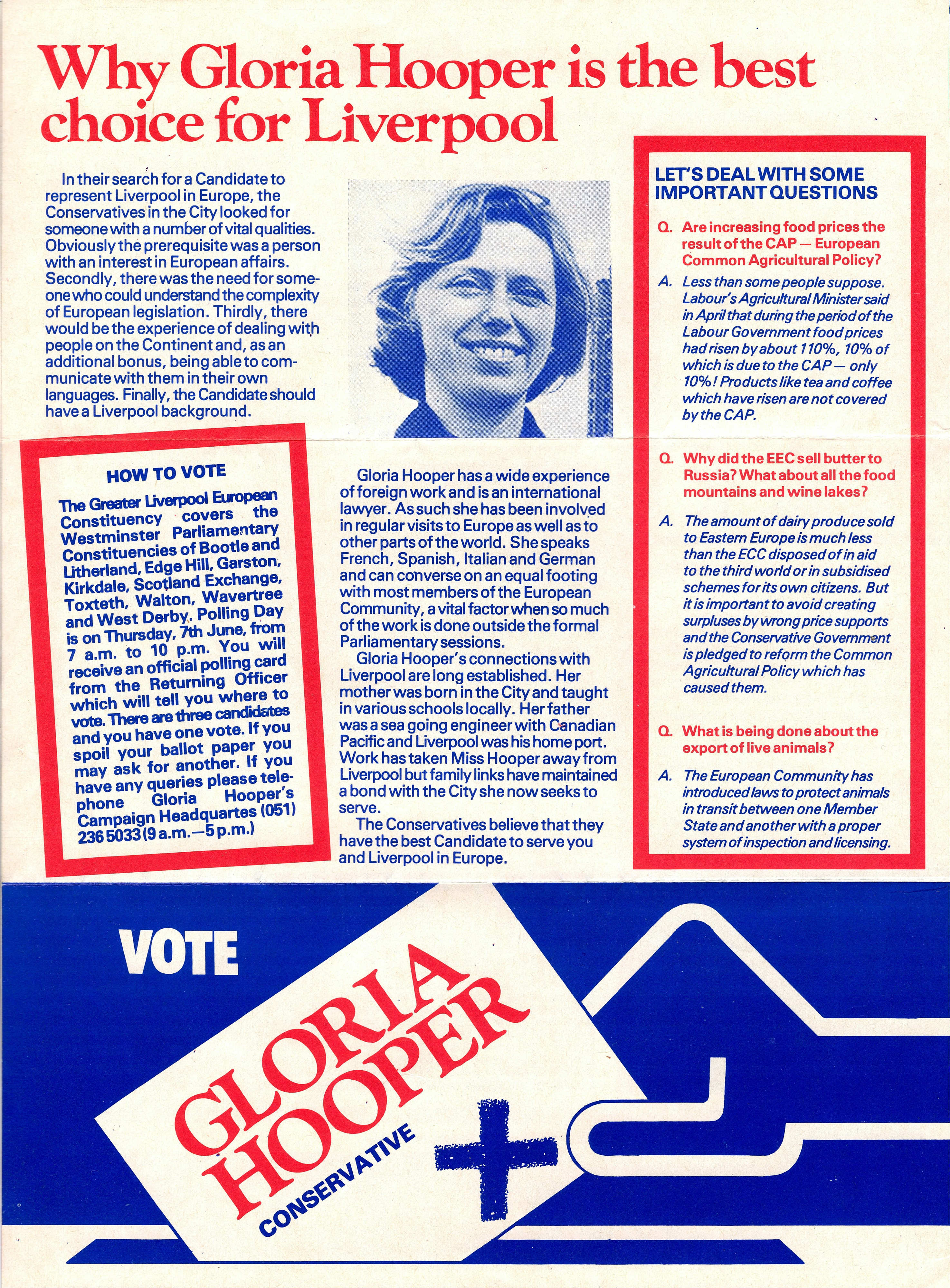 Here’s a campaign leaflet from Gloria Hooper, now a Conservative life peer in the House of Lords. She stood as a candidate for the Greater Liverpool Constituency during the first European Elections and won the seat. The leaflet covers issues such as food prices, the environment, the regeneration of Liverpool city centre, environment, industry, and youth opportunities. She writes: “I seek to maintain a free, strong and peaceful Europe, a Europe of opportunities and a Europe in which common sense prevails. My aim will be to use my voice on your behalf in bringing Liverpool to Europe and Europe to Liverpool”. 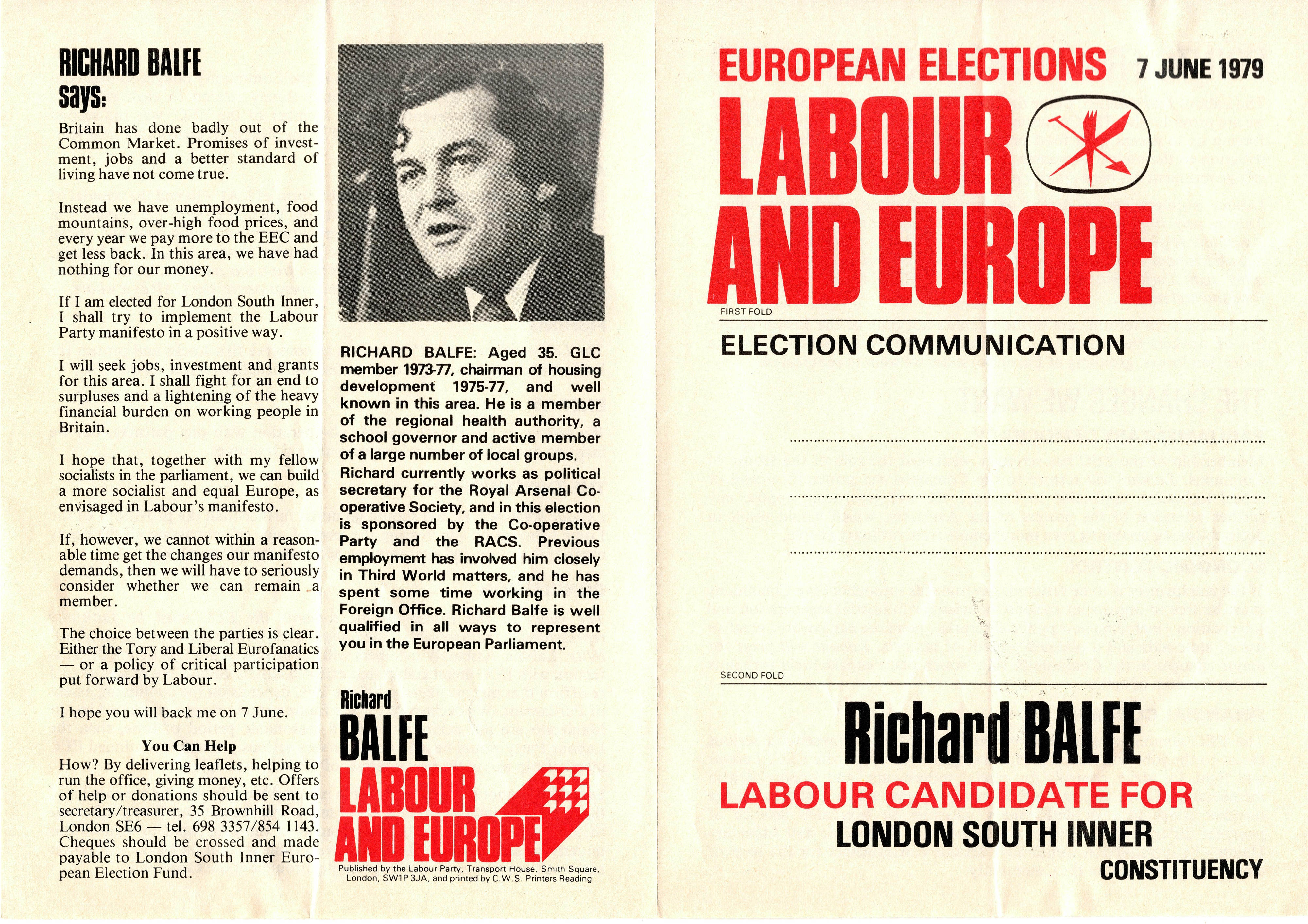 LSE alumnus and now a Conservative life peer, Richard Balfe stood as Labour candidate for the London South Inner Constituency during the 1979 European election, and won the seat. He writes in the leaflet: “I hope that, together with my fellow socialists in the parliament, we can build a more socialist and equal Europe, as envisaged in Labour’s manifesto…if, however, we cannot within a reasonable time get the changes our manifesto demands, then we will have to seriously consider whether we can remain a member”. 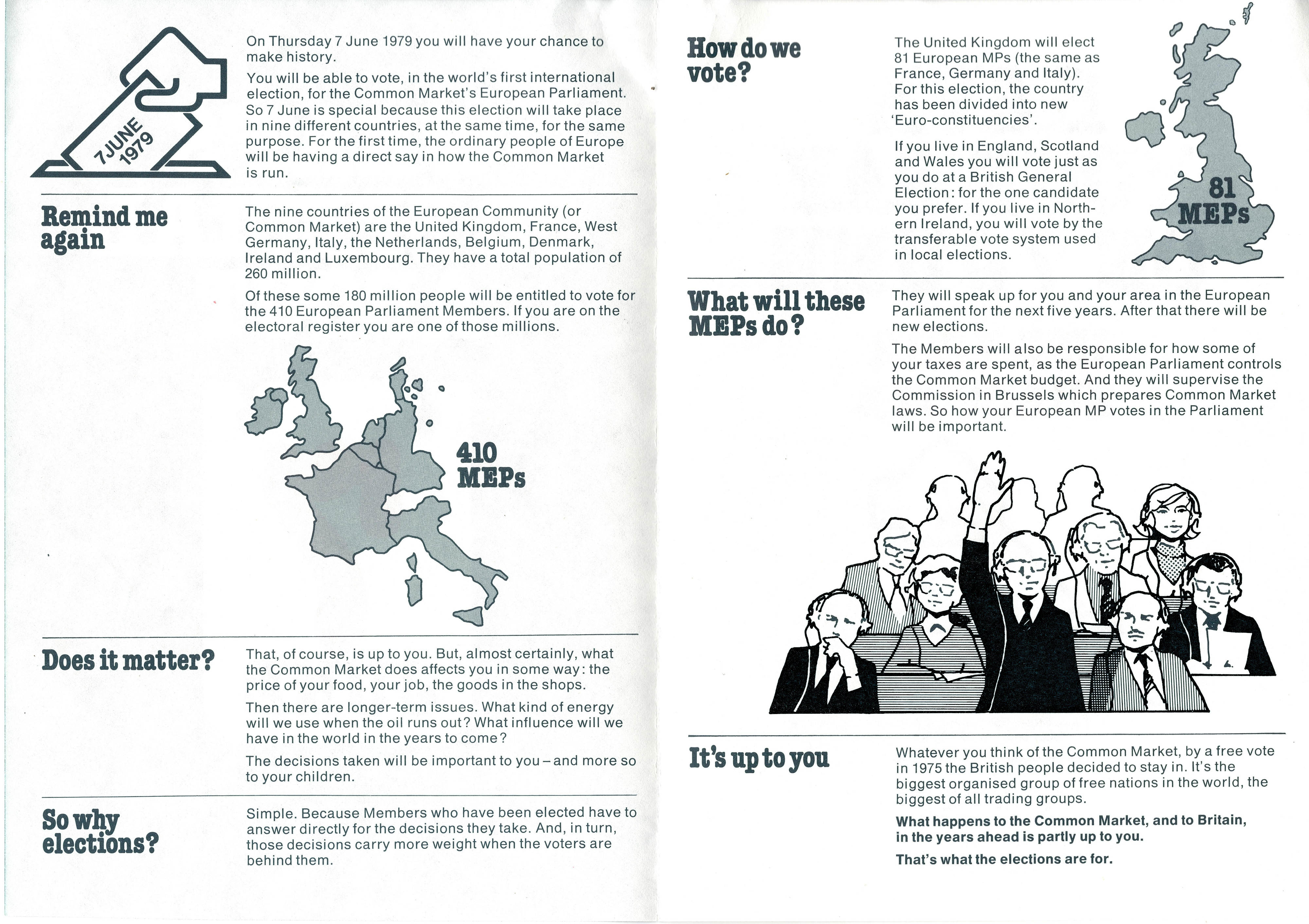 Here’s some official advice from the UK government which explains how the world’s first international election works and why it matters: “…7 June is special because this election will take place in nine different countries, at the same time, for the same purpose. For the first time, the ordinary people of Europe will be having a direct say in how the Common Market is run”. 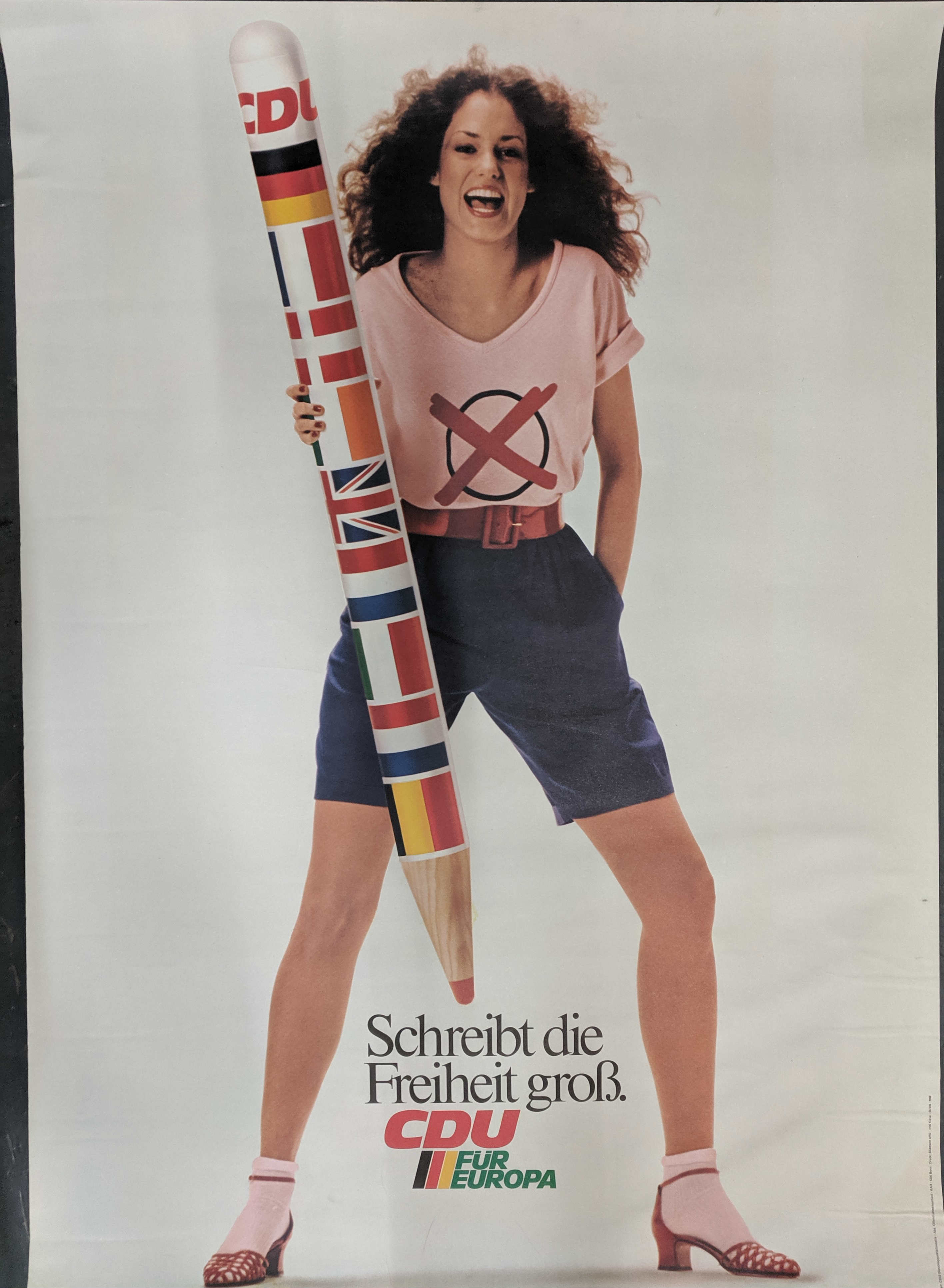 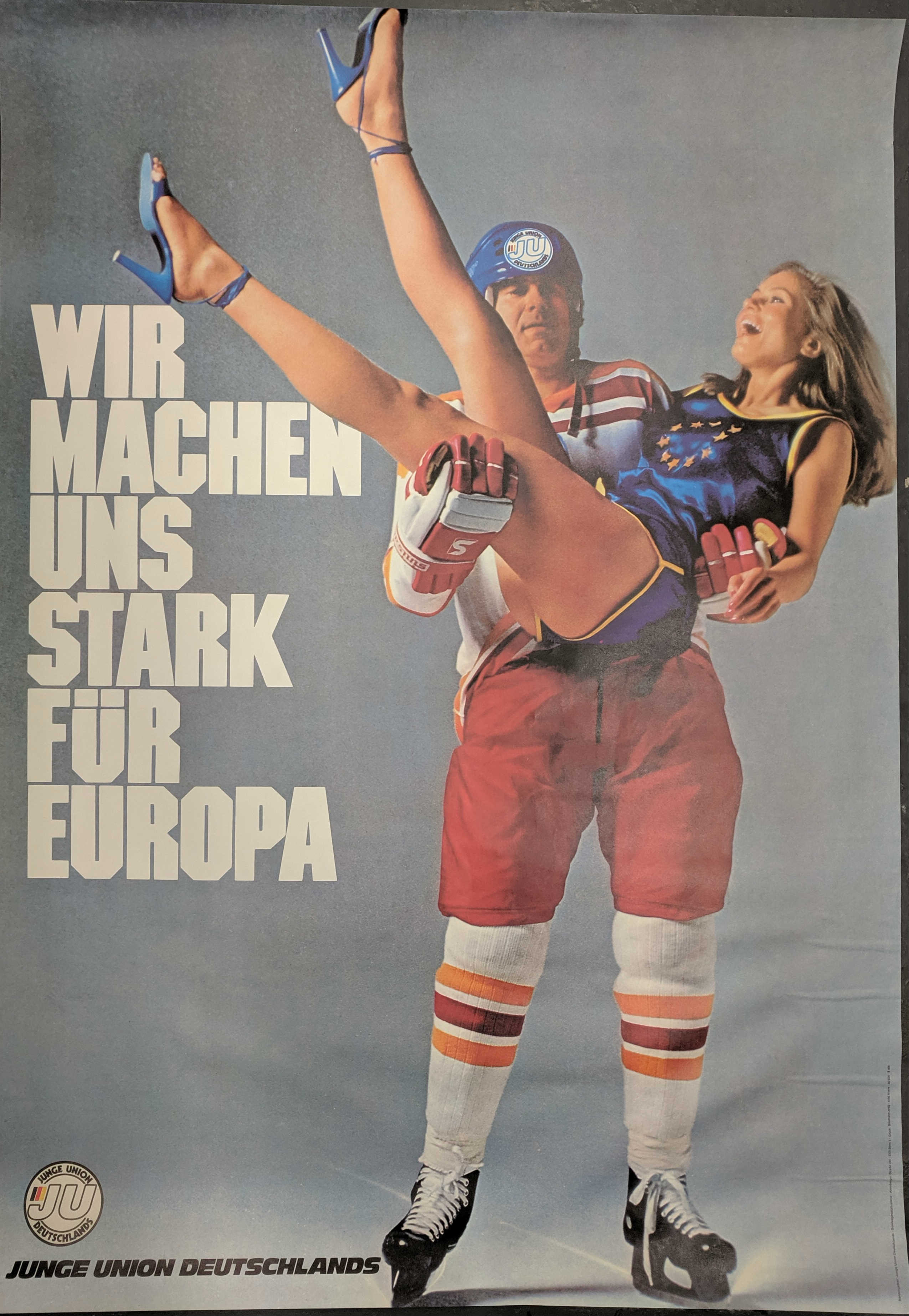 Here’s two campaign posters from West Germany – ‘Freedom is great’ and ‘We are strong for Europe’. The first comes from the CDU (Christian Democratic Union) which secured the second largest number of seats (the Social Democratic Party took the most). The second was produced by the Junge Union Deutschlands (Young Union of Germany), which is a youth organisation connected to the CDU. 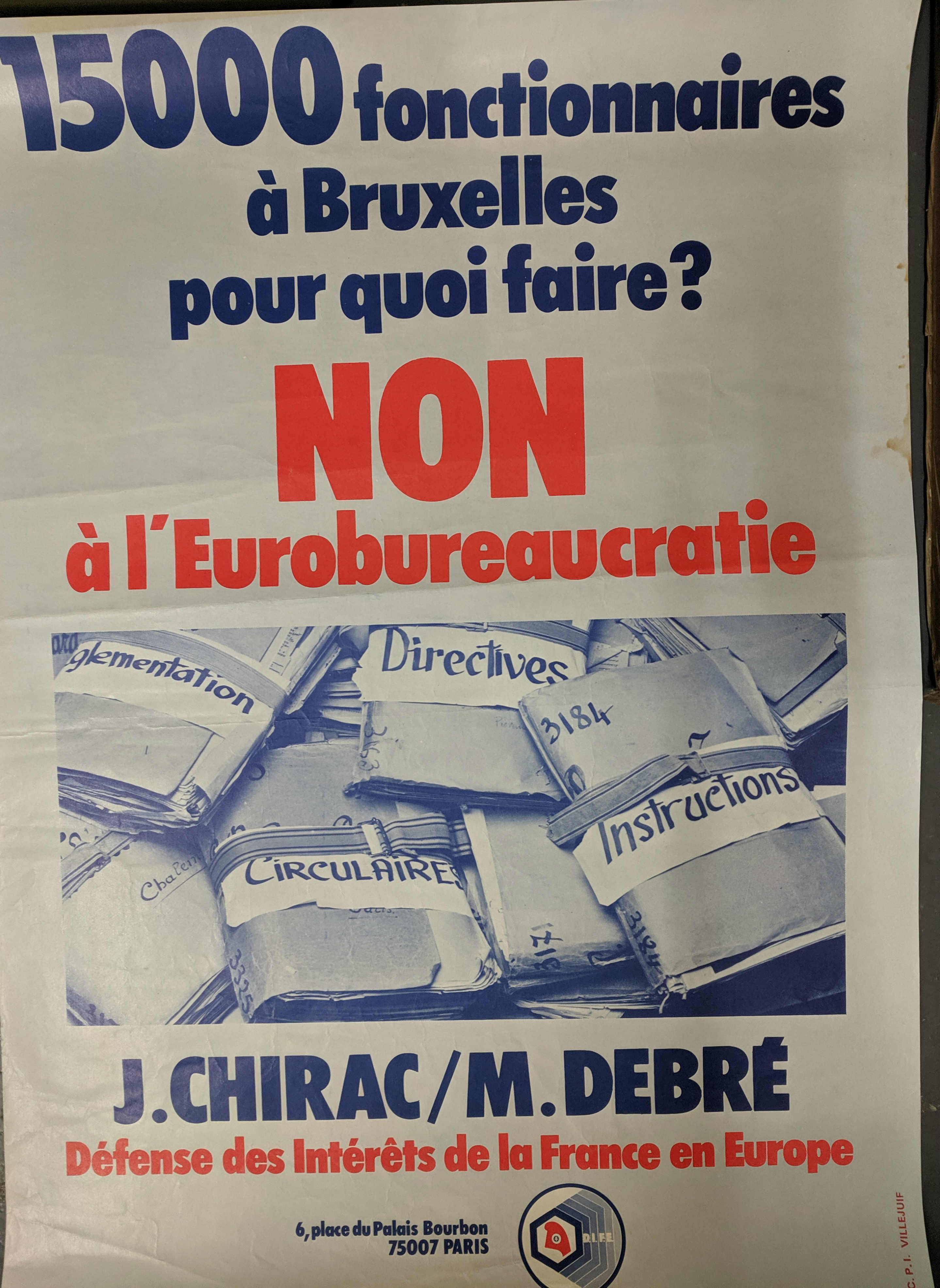 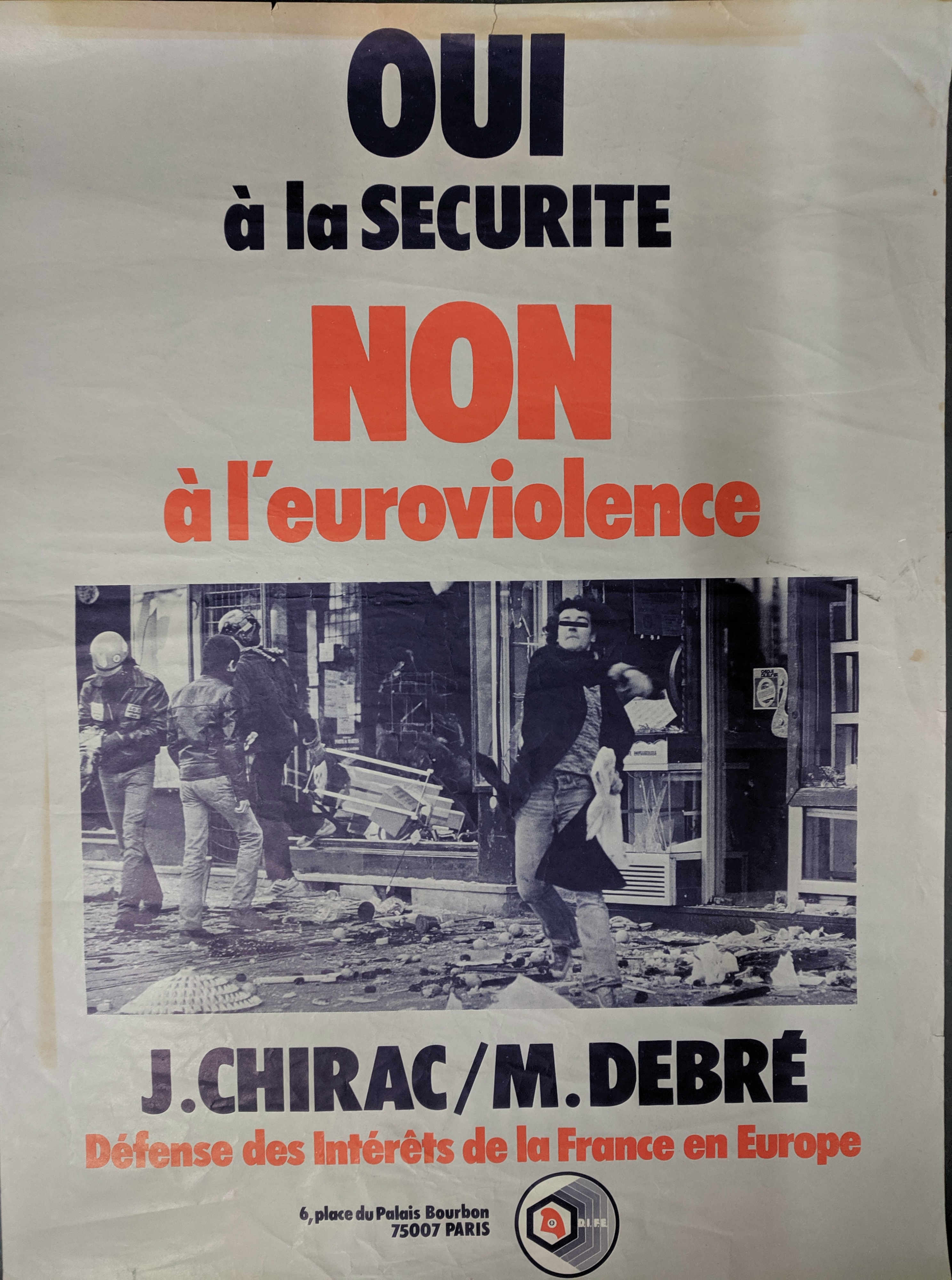 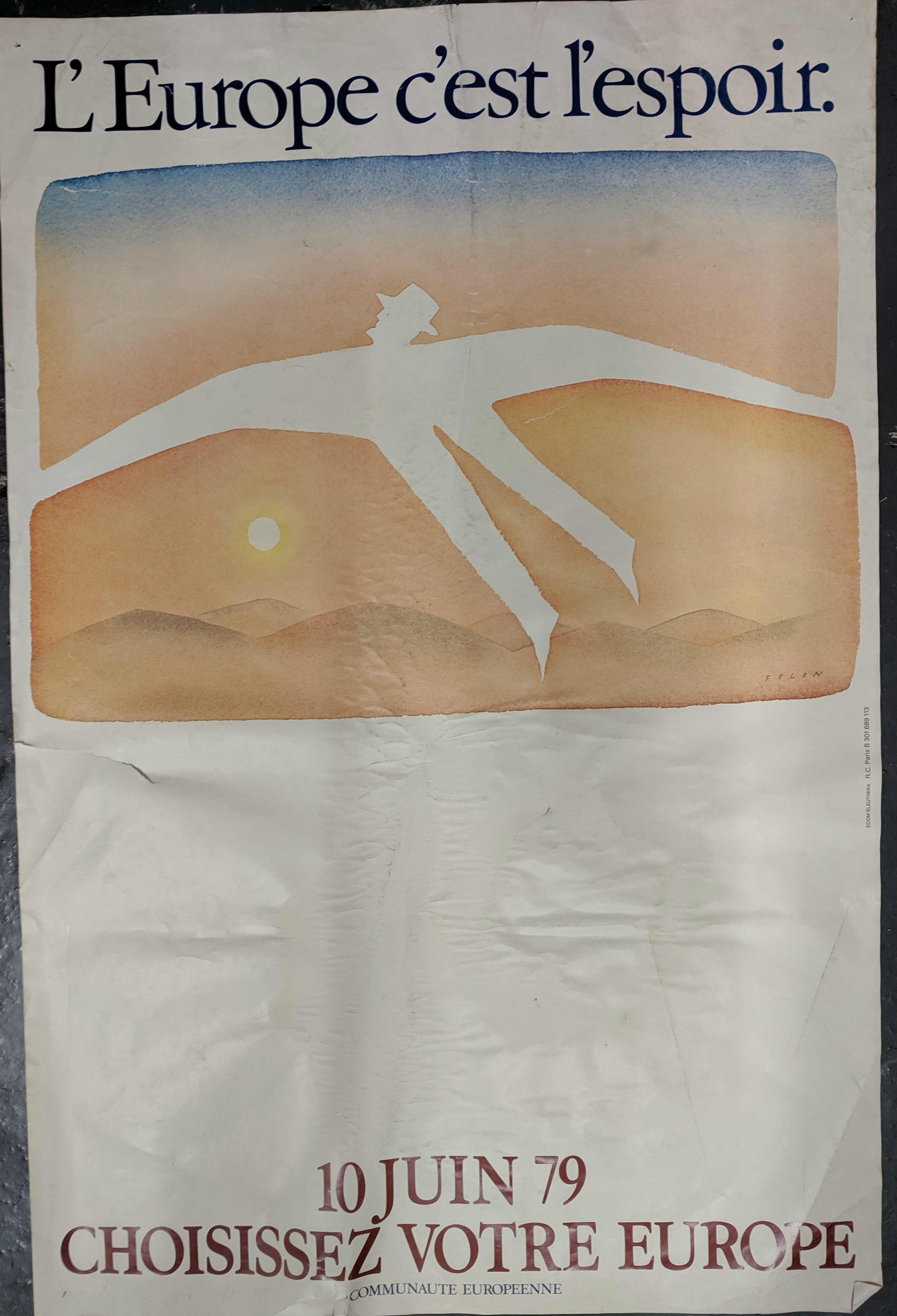 Two campaigning posters for the 1979 European Election produced by the DIFE (Défense des Intérêts de la France en Europe – Defence of the Interests of France in Europe). The DIFE was the title adopted by the Rassemblement pour la République (Rally for the Republic party), founded by Jacques Chirac. The final poster here has no listed publisher, and simply says “L’Europe c’est l’espoir” – Europe is hope. 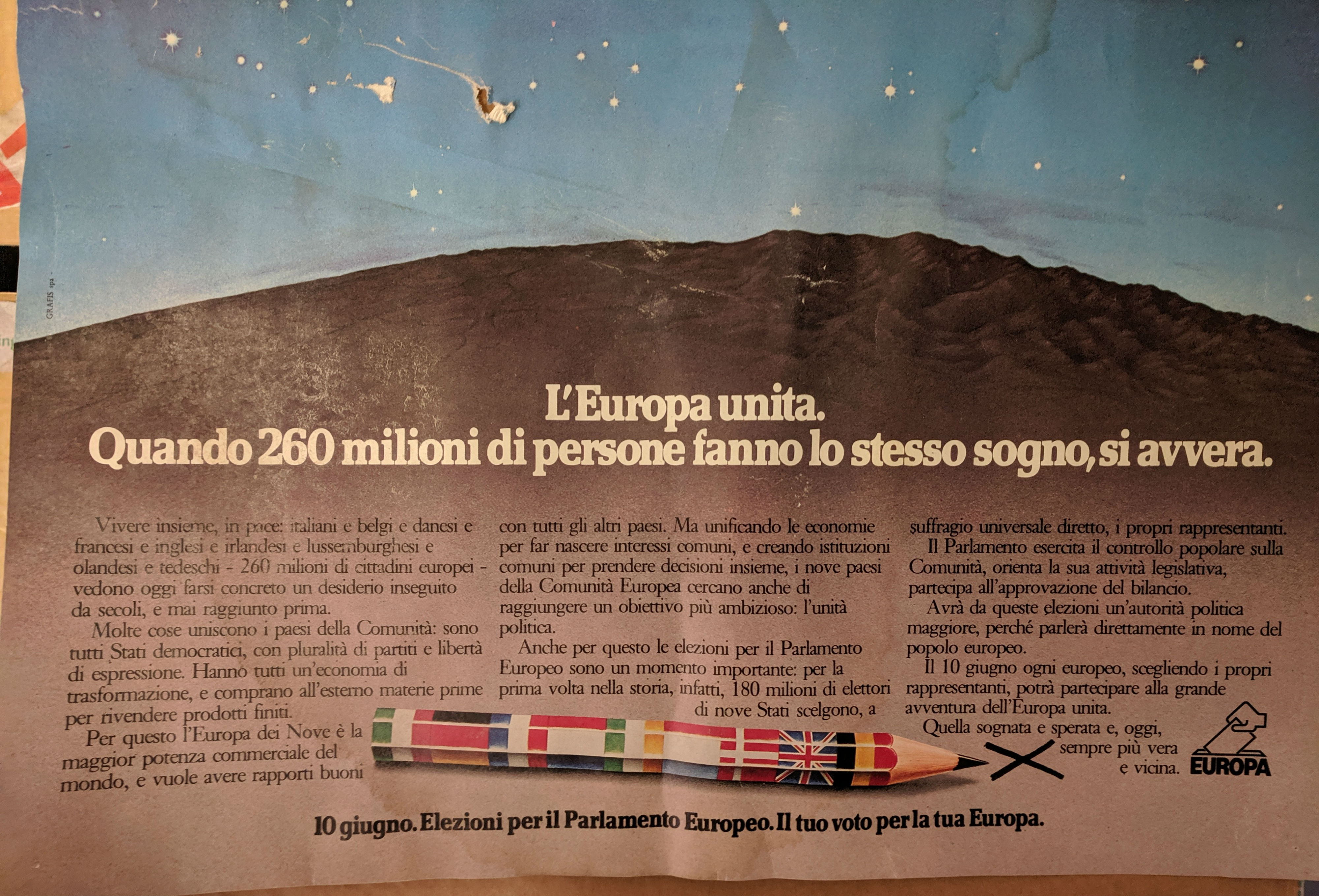 This poster from Italy has no listed publisher: ‘United Europe. When 260m people make the same dream come true.’ 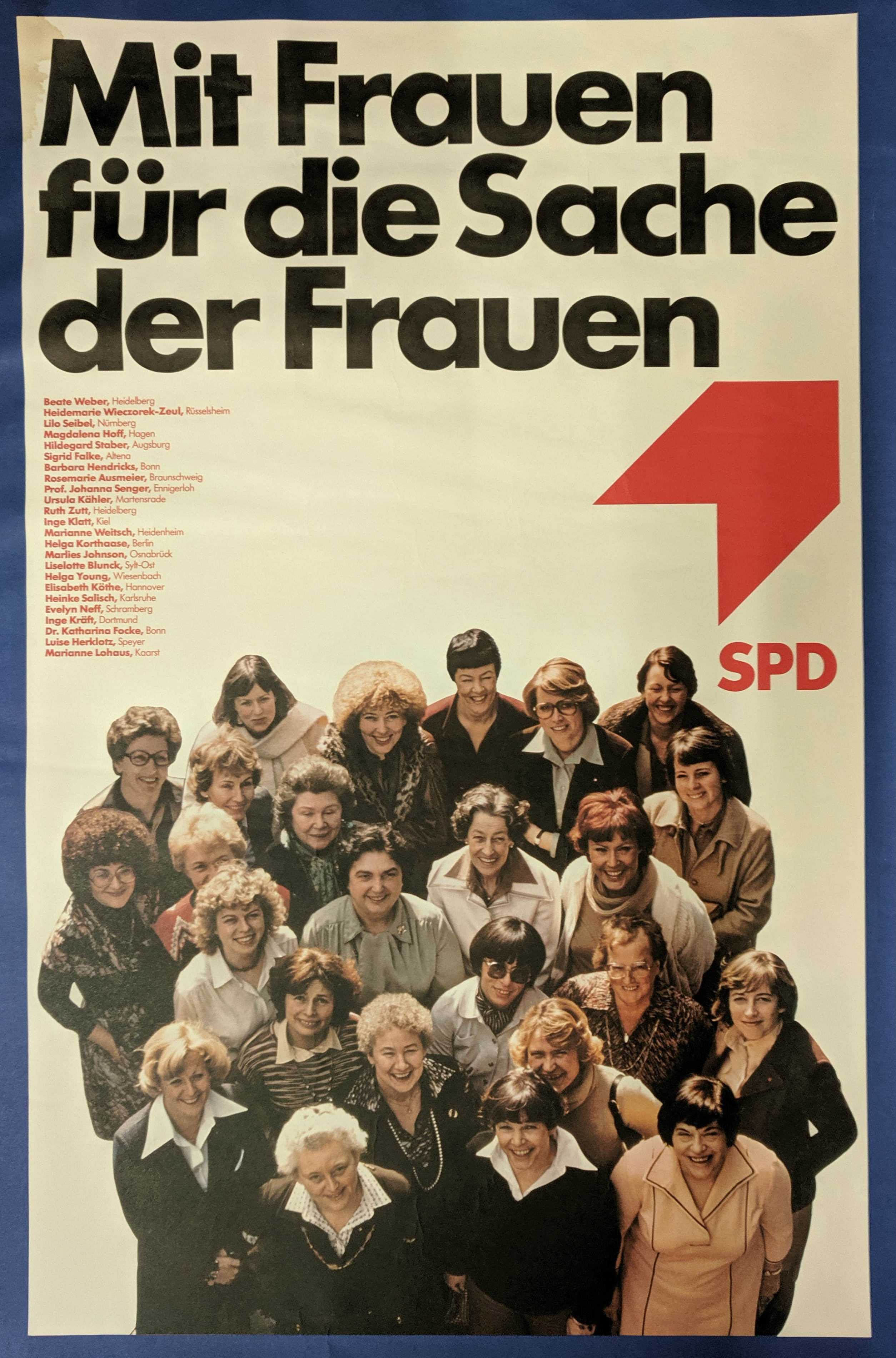 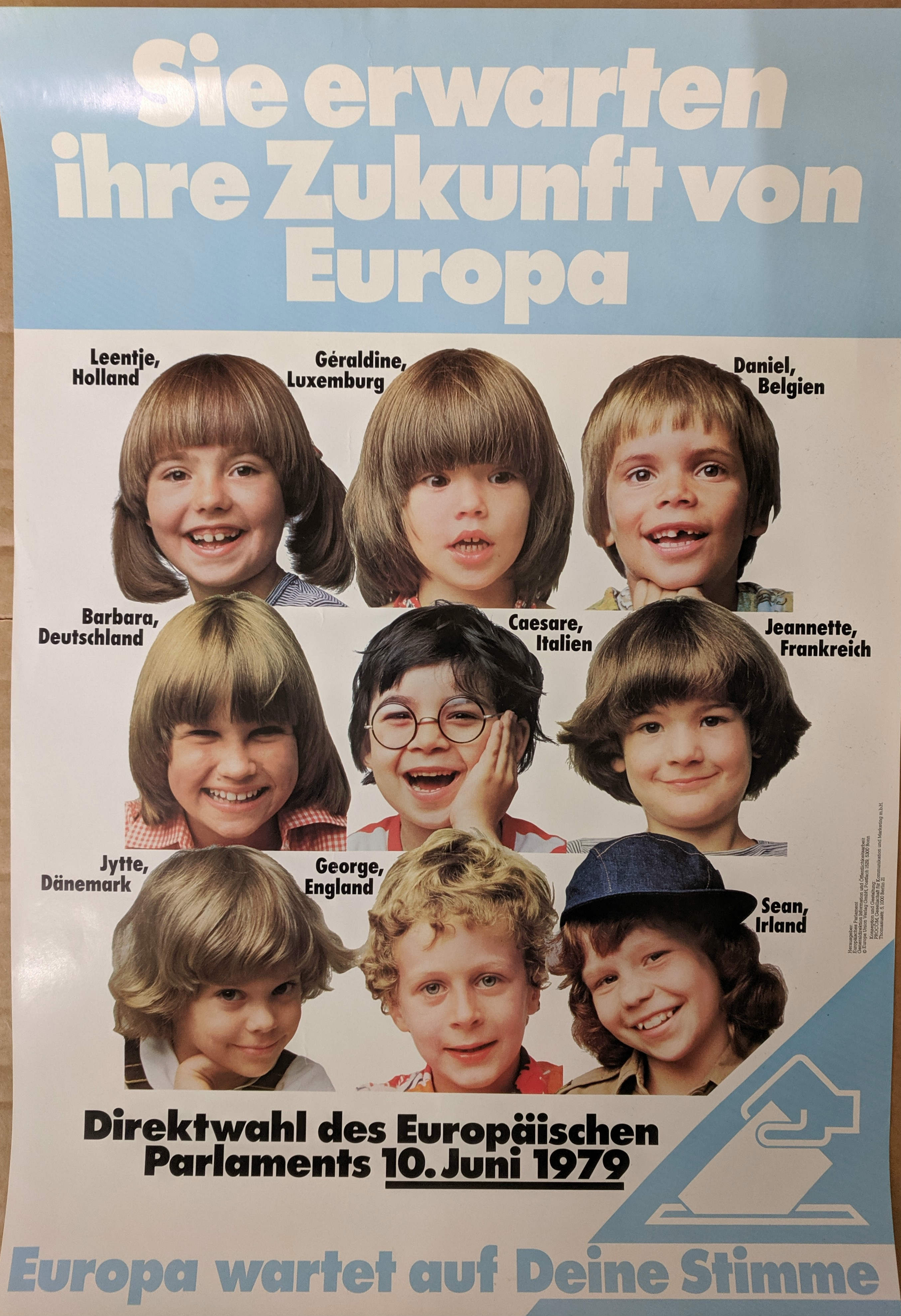 And finally here are two more posters from Germany. The first from the Social Democratic Party, who won the most seats. The title reads “With women for the women’s cause”. Finally, a campaign poster with no publisher listed which depicts the nine member states as children: ‘They expect their future from Europe’.

LSE Library continues to collect campaigning material on this theme, and particularly welcomes donations of campaigning leaflets for the upcoming European Parliament elections on 23 May 2019. Please get in touch library.enquiries@lse.ac.uk.

Daniel Payne is the Curator for Politics and International Relations at LSE Library. 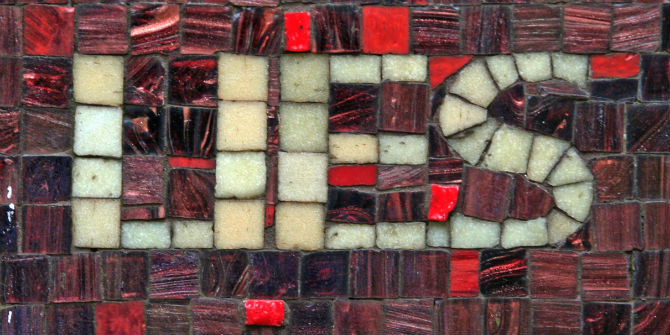 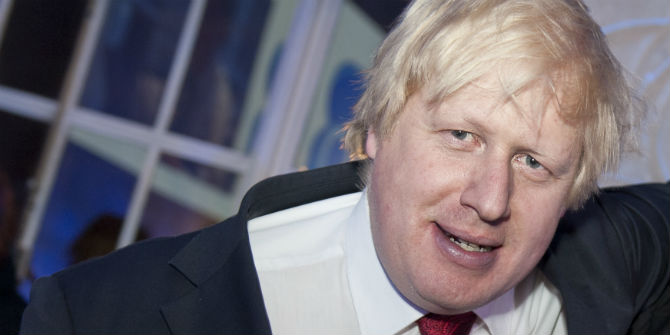