In a speech on Friday morning to the LSE, the President of the European Parliament, Martin Schulz, set out his case for why Britain’s referendum debate should not overlook the wider European and global challenges facing both the EU and the UK. As Tim Oliver explains, President Schulz’s argument that global events and trends cannot be crowded out by a narrower national debate is one we will hear increasingly as the referendum campaign gets fully underway. The Brexit vote blog has been setting out views from the European Parliament, which can be found here and here.

Martin Schulz at the European Parliament

Speaking to a packed audience at the LSE, Martin Schulz made clear that his visit to London was not to tell the British people how to vote in the forthcoming referendum. Instead his case was to ask the British people not to overlook how the debate about the relationship between the UK and the EU is part of a wider series of questions facing the whole of Europe, questions from which no country – the UK included – can escape.

In a 45 minute speech he set out how for him Britain’s renegotiation must be set against questions ranging from how to bring peace to Syria and end the refugee crisis through to what Europe and Britain’s place will be in the world of 2050. His approach of setting the Brexit debate in a wider European and international context echoed David Cameron’s approach of last November when at Chatham House he set out Britain’s renegotiation position and connected the Brexit debate to the question of Britain’s national security.

One does not need to be a security analyst to know that Europe’s security and stability are a core concern for the UK. Schulz himself did not shy away from admitting that the EU has been in a permanent state of crisis for several years, coming to the brink of a severe breakdown on several occasions. He admitted that 2016 looks set to be an even more testing year because of the refugee crisis, the rising threat from Daesh, uncertainty over Ukraine, and the future of UK-EU relations.

Reflecting the severity of the crisis it poses to Europe and the EU, Schulz spent a good part of his speech outlining his concerns about the situation in Syria and Europe’s response to the migration flows that it has added to. Calling for more financial assistance for countries such as Turkey, Lebanon and Jordan to which millions of Syrians have fled, he made clear his belief that only together can Europeans solve this problem. Failure would come from countries erecting fences, trying to isolate themselves from the problem and believing they could face this on their own.

A similar attitude underpinned his view of the situation in Ukraine. Russia’s willingness to change European borders through force of arms meant the law of the jungle – of the powerful – would win out over a rules based system. With the USA looking inwards, and China and Russia pushing outwards, the world leaves Europe with no alternative than to work together. Britain cannot opt-out of this, and the loss of its global and strategic mind-set would only further weaken European unity. “We Europeans have to stick together more than ever,” he said.

Britain’s part in the EU’s place in the world led Schulz to a claim most picked up on by the media and online:

“This is why personally I am a strong supporter of the UK remaining in EU. And this, despite the fact – and I admit this quite frankly – that the British often test our patience and good will with their continuous demands. They are demanding. They push hard. They insist. They just don’t let go. Many of my colleagues say behind closed doors: ‘Don’t stop a rolling stone. If the Brits want to leave, let them leave.’ I do not support this line that just because the UK can be frustrating it would be in our interest to let it go. I believe we need the UK to make the EU stronger and better. And to make something stronger and better sometimes it’s necessary to push hard and be critical.”

For Schulz, however, Britain’s mistake has been too often to criticise and push the EU not to change for the benefit of all but for narrow UK interests. For this reason he made clear that Britain’s renegotiation risks running into problems if it fails to take into account that the European Parliament will have its say, a say that will be about what it means for the whole EU and not just the UK. He therefore rejected UK calls to acknowledge the EU as a multi-currency union out of a fear allowing one member state a veto over Eurozone matters would bring paralysis. Discriminating unfairly against EU citizens also led him to warn against any attempt to curb benefits to EU migrants. To demonstrate his position he set out a comparison of two hypothetical workers: Claudia, a German, and John, a Briton, both of whom are take up a position at LSE in 2017. Claudia is denied in-work benefits until 2021, while John received them immediately despite both paying the same taxes. At the same time John’s son Gary, also a Briton, goes to work in Germany where he starts work on the same day as Raquel, with both of them immediately paying German taxes and receiving the same benefits as their German colleagues. ‘Is this the European Union we want to live in?’ asked Schulz. It is not likely to be one the European Parliament will vote for.

To conclude his speech, Schulz returned to his common theme of how the UK and the whole EU need to work together and so avoid falling into narrow, national outlooks. Eurosceptics might argue that the UK should abandon a crisis-ridden EU to embrace the world. For Schulz, this overlooks the dangers to the UK of Scottish nationalism, and damage to London’s global reputation and the economic attractiveness of the UK. Nor can Britain be sure of what new deal it would secure with the EU should it leave. In reviewing the various models Schulz did not discuss which would be best for the EU. This is despite the fact that under the withdrawal process the Parliament itself will have to approve any new deal. That approval will therefore be for something that protects the remaining EU, not necessarily the UK.

By withdrawing Britain would more quickly find itself in a position Schulz worries the EU and its member states risk finding themselves in in the world of 2050. That will be of world regions, dominated by the USA, China and India. With only 5.5% of the world’s population, Europe in 2050 will struggle to make its voice heard. ‘If we Europeans fall apart, labouring under the fond illusion that, now of all times, the finest hour of the nation state has arrived, we should make no mistake about the consequences. We will be left to drift insignificantly into the backwaters of the world political scene.’ For Schulz this did not mean a European state is the answer. But the members of the EU must avoid what, ‘In German we call this the principle of Saint Florian. The gist is: “Please spare my house and set my neighbour’s on fire”. Only, in Europe, if one house catches fire it risks spreading to the whole village. If everyone just looks to maximise their own national benefit, the result is one which benefits no one at all.’ 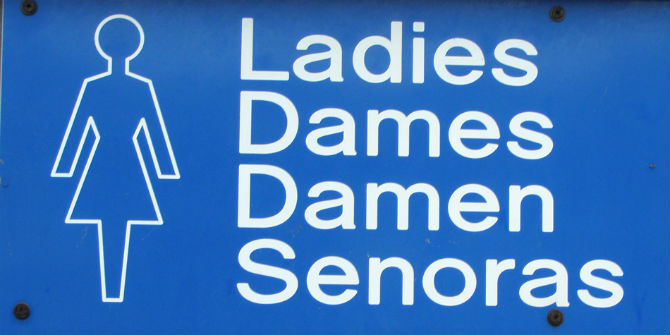