The left-right dimension in UK politics is being replaced by a libertarian-authoritarian dimension which the first past the post system struggles to accommodate. Ian Simpson (Electoral Reform Society) looks at why the parties are scrambling to embrace Brexit-driven electoral pacts.

During the first half of 2019, party affiliation among the British electorate became more fragmented and volatile than ever before. In the English local elections on 2 May the Liberal Democrats and Greens – as well as independents – made big net gains. Both the Conservative and Labour parties suffered net losses. For the first time since Labour become the second largest party in parliament (at the 1922 general election) neither the Conservatives nor Labour finished in the top two in a UK-wide election. The EU parliamentary election saw Labour in third place and the Conservatives fifth. Meanwhile, the Brexit Party got more votes than any other, despite being in existence for only six months.

In Peterborough on 6 June, the successful candidate received the lowest winning vote share in a parliamentary by-election (apart from a by-election for the now defunct English Universities constituency) since 1945. Lisa Forbes won for Labour, with 30.9% of the vote.

And a string of British-wide general election opinion poll records have been broken during May-June 2019:

After the 2017 general election, this degree of fragmentation might have seemed rather unlikely. After all, the Conservative and Labour parties achieved their highest combined vote share in a general election (84.4% in Britain) since 1970. However, the signs of growing fragmentation were there – and have been driven by the failure to resolve the Brexit process.

Data from the British Social Attitudes (BSA) Survey 2016 shows the ‘libertarian-authoritarian’ dimension is much more relevant than the ‘left-right’ dimension, in respect of whether someone voted Leave or Remain (Curtice, 2017). The ‘libertarian-authoritarian’ dimension is broadly analogous to what is sometimes described as the divide between social liberals and social conservatives and is measured on BSA by asking respondents a set of questions.

The respondent is invited to “agree strongly”, “agree”, “neither agree nor disagree”, “disagree” or “disagree strongly” with the following statements:

Traditionally, the key political attitudes that form the basis of support for the Conservatives and Labour has been the left-right dimension. Those with more left-wing views are much more likely to vote Labour and those with more right-wing views are much more likely to vote Conservative. BSA 2017 data showed that the left-right dimension continued to have a strong correlation with Labour/Conservative voting at the 2017 general election (Curtice & Simpson, 2018). Three-fifths of the most left-wing third of voters cast their ballot for Labour, whereas only about one-fifth of the most right-wing third of voters did so.

Conversely, just over three-fifths of the most right-wing voters cast their ballot for the Conservatives, whereas only one-third of the most left-wing voters did so. It is important to note, however, that the changes in support for the Conservatives and Labour between the 2015 and 2017 general elections varied little across these different types of voters. Labour support was up by around 10 percentage points amongst the most left-wing third of voters, the most right-wing third and the middle third. This perhaps calls into question whether the ‘left-wing’ nature of Labour’s manifesto was the main contributor to the increase in their vote share between the 2015 and 2017 general elections.

The libertarian-authoritarian dimension has traditionally had a much weaker association with Conservative and Labour voting than the left-right dimension. For example, BSA 2001 data indicates that at the 2001 general election, support for Labour was at virtually the same level among the most libertarian third of voters, the most authoritarian third and the third of voters in between. While support for the Conservatives was 14 points lower amongst the most authoritarian voters than the most libertarian voters in 2001, this was half of the difference in the 30-point gap in their support between the most right-wing and left-wing voters at that election (Curtice & Simpson, 2018).

As Curtice & Simpson concluded in their report based on the BSA 2017 data, although both the Conservatives and Labour succeeded in increasing their vote share between the 2015 and 2017 general elections,

‘the pattern of support for these two parties was far from ‘normal’. The Brexit debate had brought to the fore issues such as immigration that cut across the traditional divide between left and right… Consequently, as Leave voters gravitated towards the Conservatives and their Remain counterparts towards Labour, the 2017 election saw a different ideological distinction, between libertarians and authoritarians (or social conservatives) come to matter much more in the shaping of Conservative and Labour support than it had done previously’.

Curtice & Simpson also identified tensions within the voting coalitions that both the Conservatives and Labour put together in 2017.

‘This disruption of the regular rhythms of Conservative and Labour support creates potential tensions within both parties. The Conservative party has long been regarded as the party of ‘big business’, yet the predominantly pro-Leave and immigration-sceptic electorate that the party gathered in 2017 shares little of that constituency’s preference for a continued close relationship with the EU. Labour, meanwhile, still regards itself as the party of the ‘working class’, yet that portrayal seems hard to sustain when the party is almost as popular among university graduates as it is among semi-routine and routine workers’.

For the time being, the EU referendum vote and the consequent fallout seems to have increased the salience of the libertarian-authoritarian dimension in British politics. At the 2017 general election, the Conservatives and Labour were largely able to accommodate this change and were thus both able to increase their support.
Now this no longer seems to apply. A four-dimensional political environment (left-right; libertarian-authoritarian) is perhaps creating a four-party-plus political system. Historically, support for the Liberal Democrats and Ukip was not strongly correlated with the left-right divide but was much more strongly linked to the libertarian-authoritarian dimension.

With British politics still relentlessly focused on Brexit, it is perhaps not too surprising that parties whose support has traditionally been most strongly associated with the libertarian-authoritarian dimension (the Brexit Party’s leader was Ukip’s leader for many years) have seen a substantial increase in support, at the expense of parties whose support has traditionally been much less strongly linked to this division.

Looking at how these complex, often interlocking, often contradictory dimensions slot into a binary voting system is almost impossible, but the YouGov MRP model is a useful start. Based on polling of around 40,000 respondents between 2-7 February, their findings were that the Conservatives were likely to get a handful more MPs than they did in the general election but still be short of an overall majority, and that Labour were to get a handful fewer MPs than at the general election.

However, the results of the February polling show how much has changed in British politics in the last few months. The Conservatives were on 39%, Labour 34% and the Liberal Democrats still down on 11%. The Brexit Party were not even included in the poll. What would happen if YouGov were to re-run the MRP poll now? With their polling consistently showing four parties on about 20-25%, the electoral result could be highly chaotic under first past the post. The parties are highly aware of this – as the plans for a ‘Remain Alliance’ and a Conservative-Brexit Party pact in the Brecon and Radnorshire by-election show.

Ian Simpson is a Research Officer at the Electoral Reform Society. Prior to this, he was a Research Fellow on the European Social Survey, at City University. Ian also spent nearly a decade at the National Centre for Social Research. 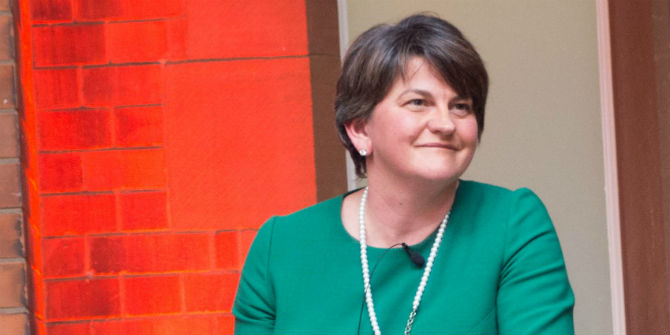 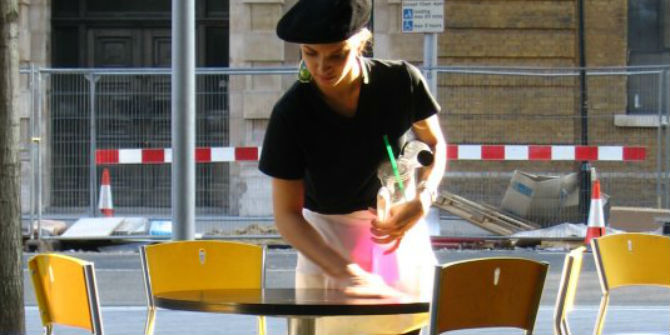 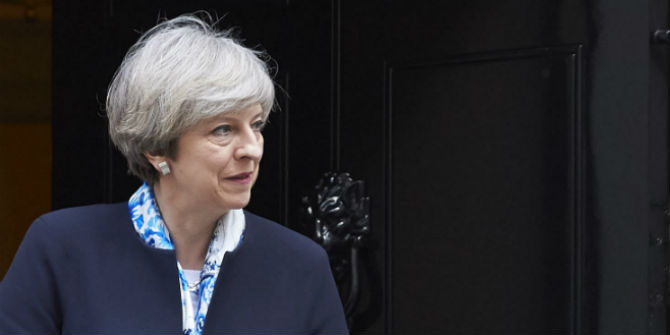 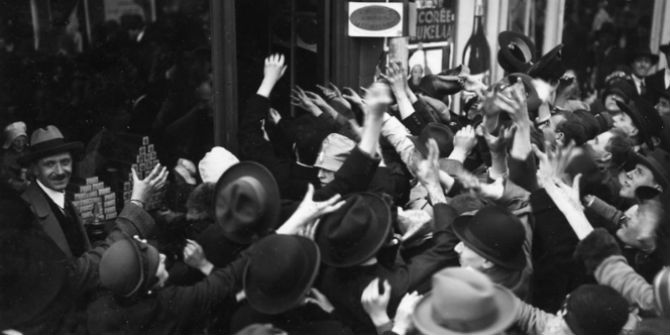