Both Leavers and Remainers are almost equally ignorant about the workings of the EU. Dorothy Bishop (University of Oxford) looks at research into how cognitive biases influence people’s opinions of the Union, and questions whether, given how little voters knew, the referendum was valid.

As a Remainer, I am baffled as to what Brexiteers want. If you ask them, as I sometimes do on Twitter, they mostly give you slogans such as “taking back control”. I’m more interested in specifics, i.e. what things do people think will be better for them if we leave. It is clear that things that matter to me – the economy, the health service, scientific research, my own freedom of movement in Europe – will be damaged by Brexit. I would put up with that if there was some compensating factor that would benefit other people, but I’m not convinced there is. In fact, all the indications are that people who voted to leave will suffer the negatives of Brexit just as much as those who voted to remain.

But are people who want to leave really so illogical? Brexit and its complexities is a long way from my expertise. I’ve tried to educate myself so that I can understand the debates about different options, but I’m aware that, despite being highly educated, I don’t know much about the EU. I recently decided that, as someone who is interested in evidence, I should take a look at some of the surveys on this topic. We all suffer from confirmation bias, the tendency to seek out, process and remember just that information that agrees with our preconceptions, so I wanted to approach this as dispassionately as I could. The UK in a Changing Europe project is a useful starting place. They are funded by the Economic and Social Research Council, and appear to be even-handed. I have barely begun to scratch the surface of the content of their website, but I found their report Brexit and Public Opinion 2019 provides a useful and readable summary of recent academic research.

One paper summarised in the Brexit and Public Opinion 2019 report caught my attention in particular. Carl, Richards and Heath (2019) reported results from a survey of over 3000 people selected to be broadly representative of the British population, who were asked 15 questions about the EU. Overall, there was barely any difference between Leave and Remain voters in the accuracy of answers. The authors noted that results counteracted a common belief, put forward by some prominent commentators – that Leave voters had, on average, a weaker understanding of what they voted for than Remain voters. Interestingly, Carl et al did confirm, as other surveys had done, that those voting Leave were less well-educated than Remain voters, and indeed, in their study, the Leaver voters did less well on a test of probabilistic reasoning. But this was largely unrelated to their responses to the EU survey. The one factor that did differentiate Leave and Remain voters was how they responded to a subset of questions that were deemed ‘ideologically convenient’ for their position: I have replotted the data below. As an aside, I ‘m not entirely convinced by the categorisation of certain items as ideologically convenient – shown in the figure with £ and € symbols  – but that is a minor point.

I took a rather different message away from the survey, however. I have to start by saying that I was rather disappointed when I read the survey items, because they didn’t focus on implications of EU membership for individuals. I would have liked to see items probing knowledge of how leaving the EU might affect trade, immigration and travel, and relations between England and the rest of the UK. The survey questions rather tested factual knowledge about the EU, which could be scored using a simple Yes/No response format. It would have been perhaps more relevant, when seeking evidence for validity of the referendum, to assess how accurately people estimated the costs and benefits of EU membership.

With that caveat, the most striking thing to me was how poorly people did on the survey, regardless of whether they voted Leave or Remain. There were 15 two-choice questions. If people were just guessing at random, they would be expected to score on average 7.5, with 95% of people scoring between 4 and 11. Carl et al plotted the distribution of scores (Figure 2) and noted that the average score was only 8.8, not much higher than what would be expected if people were just guessing. Only 11.2% of Leave voters and 13.1% of Remain voters scored 12 or more. However, the item-level responses indicate that people weren’t just guessing, because there were systematic differences from item to item. On some items, people did better than chance. But, as Carl et al noted, there were four items where people performed below chance. Three of these items had been designated as “ideologically convenient” for the Remain position, and one as convenient for the Leave position.

Carl et al cited a book by Jason Brennan, Against Democracy, which argues that “political decisions are presumed to be unjust if they are made incompetently, or in bad faith, or by a generally incompetent decision-making body”. I haven’t read the book yet, but that seems a reasonable point.

However, having introduced us to Brennan’s argument, Carl et al explained:

“Although our study did not seek to determine whether voters overall were sufficiently well informed to satisfy Brennan’s (2016) ‘competence principle’, it did seek to determine whether there was a significant disparity in knowledge between Leave and Remain voters, something which – if present – could also be considered grounds for questioning the legitimacy of the referendum result.”

My view is that, while Carl et al may not have set out to test the competence principle, their study nevertheless provided evidence highly relevant to the principle – evidence that challenges the validity of the referendum. If one accepts the EU questionnaire as an indicator of competence, then both Leave and Remain voters are severely lacking. Not only do they show a woeful ignorance of the EU, in some respects they show evidence of systematic misunderstanding. 72% of Leave voters and 50% of Remain voters endorsed the statement that “More than ten per cent of British government spending goes to the EU.” (Item M in Figure 1).  According to the Europa.eu website, the correct figure is 0.28%.  So the majority of people think that we send the EU at least 36 times more money than is the case. The lack of overall difference between Leave and Remain voters is of interest, but the levels of ignorance or systematic misunderstanding on key issues is striking in both groups. I don’t exclude myself from this generalisation: I scored only 10 out of 15 in the survey, and there were some lucky guesses among my answers.

I have previously made a suggestion that seems in line with Jason Brennan’s ideas – that if we were to have another referendum, people should have first to pass a simple quiz to demonstrate that they have a basic understanding of what they are voting for. The results of Carl et al suggest, however, that this would disenfranchise most of the population. Given how ignorant we are about the EU, it does seem remarkable that we are now in a position where we have a deeply polarised population, with people self-identifying as Brexit or Remain voters more strongly than they identify with political parties (Evans & Shaffner, 2019).

This post represents the views of the author and not those of the Brexit blog, nor LSE. It is reposted from the BishopBlog.

Dorothy Bishop is a Professor of Neurodevelopmental Psychology at the University of Oxford. 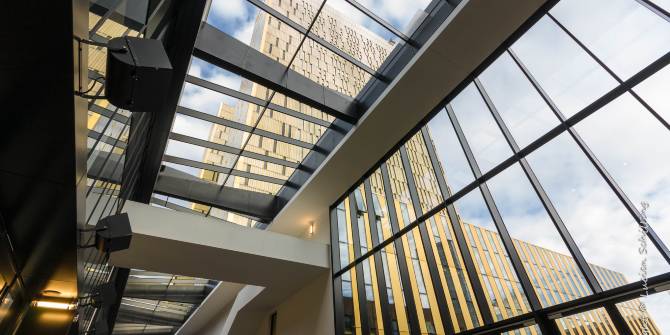