LSE Brexit asked some of our academics to predict what kind of Brexit we can expect in 2020. Michael Cox and Tim Oliver compare the UK to a ship being tossed around on a stormy and cold ocean looking for a harbour that probably does not exist and a destination it might never arrive at.

2020 will see Britain continue to struggle with two realities about its place in Europe and the wider world. On the one side is the cold reality of a world in which size matters. Compared to many countries, the UK is large and powerful. But it is nowhere near the equal of the EU, the USA or China. Brexit has also left it vulnerable to other similarly sized countries, who have sought to gain from the UK’s problems. On the other hand is the belief amongst many Britons that the UK is special, powerful and deserves to be treated as such. Such beliefs are normal in any country. Nobody should argue the UK should behave as an ‘ordinary country’ because there is no such thing as an ‘ordinary country’. But the UK needs to be better at cutting its cloth according to its situation. Otherwise, it risks continuing the overreach, disappointment and frustration that have so often defined Britain’s efforts to shape the world.

Image by UK in Japan- FCO, Some rights reserved.

But sadly for Britain, the world in 2020 will have less reason than ever to cut deals with London – and not just those awkward ‘Europeans’ in Brussels who are already shaping up for what could very easily turn out to be a bruising round of negotiations over the next twelve months. Take the United States. Trump might talk up Brexit and praise his friend Boris Johnson. On the other hand, a Congress where the Democrats control the House will be in no mood to compromise with a White House whose current occupant it is seeking to impeach. Moreover, as Nancy Pelosi the House majority leader has made clear, if Brexit damages the Good Friday Agreement – which it already has- then her party will have even less reason to pass any trade deal with the UK. China too may be in no mood to make life economically easier for the new conservative government, particularly – as seems possible – London decides against 5G (in order to assuage the Americans), keeps making statements about the rights of Hong Kong, while sending the odd British battleship to the south China Seas. But what about the Commonwealth? Little to be hoped for here either. Its markets are simply too small; its biggest member – India – under the increasingly nationalist Modi has shown no inclination of doing the Brits a favour; and though some in Britain might not like the fact, resentments against the old colonial power lie only just below the surface as the ongoing spat between Mauritius and the UK over the Chagos islands demonstrates only too clearly. Difficult days lie ahead, therefore. The planet might be warming but a decidedly cool international system will offer few easy opportunities for ‘Global Britain’. Paraphrasing the LSE political theorist Michael Oakeshott, the UK right now looks a lot like that proverbial ship being tossed around on a stormy and cold ocean looking for a harbour that probably does not exist and a destination it might never arrive at. 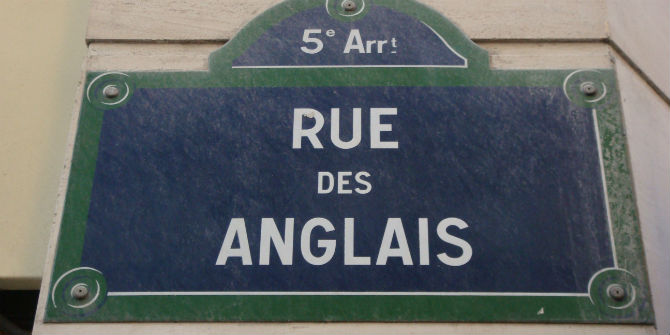