With the Article 50 withdrawal process complete, the European Union and the United Kingdom now have to start the more difficult task of defining their future relationship. Can the parties reach an agreement before the transition period ends in December 2020, asks Kenneth Armstrong (University of Cambridge)? Both the UK government and the European Commission will want to achieve maximum regulatory autonomy, and that is bound to cause friction, he predicts.

The ‘framework’ for those negotiations was agreed between the Union and the UK in a revised Political Declaration back in October 2019. That Declaration ‘establishes the parameters of ‘an ambitious, broad, deep and flexible partnership across trade and economic cooperation with a comprehensive and balanced Free Trade Agreement at its core…’ That the UK is seeking a free trade agreement (FTA) is an important political and economical choice. As Prime Minister Johnson made clear in a speech at Greenwich on 3 February, the UK is pursuing a ‘Canada-style’ FTA precisely because it does not want a ‘Norway-style’ relationship with the EU. It is a rejection of the ‘free movement’ discipline of the European Economic Area Agreement – in which Norway, Iceland and Liechtenstein pre-commit to alignment with the EU’s Single Market rules – and acceptance of a looser ‘free trade’ discipline to give the UK greater flexibility to define its future regulatory policy.

This is not a new position. In a letter to former European Council President Tusk outlining his objection to the proposed Irish backstop, Johnson explained that it was ‘inconsistent with the UK’s desired final destination for a sustainable long-term relationship with the EU’. The Prime Minister’s letter continued:

Although we will remain committed to world-class environmental, product and labour standards, the laws and regulations to deliver them will potentially diverge from those of the EU. That is the point of our exit and our ability to enable this is central to our future democracy.

The idea that the UK would seek to diverge from EU laws and regulations was also repeated in an interview with the Financial Times given by Chancellor Sajid Javid in January. In the words of the Prime Minister in Greenwich, the UK now seeks ‘full legal autonomy’ and rejects ‘alignment of any kind’ to be an ‘independent actor and catalyst for free trade across the world’. The UK government’s opposition to ‘any regulatory alignment’ is recapitulated in a Written Statement by the Prime Minister made shortly after his Greenwich speech.

The challenge for the UK and the EU as they start a process of negotiations that needs to conclude before the end of the transition period – a period during which the UK remains fully aligned with EU rules – is not simply that the UK wants to carve out a sphere of ‘autonomy’; the EU wants its autonomy too.

The revised Political Declaration is replete with references to ‘autonomy’. It appears in three specific variants. There are several instances where the Declaration refers to respect for the ‘decision-making’ autonomy of the Parties, though this more often indicates the Union’s autonomy over decision-making. This is suggestive of institutional autonomy. There are also references to the autonomy of the legal orders of the Union and the UK, particularly as regards the governance arrangements for the future relationship. This also has a clear institutional dimension but includes respecting substantive rules and values. Where we see a clearer material dimension to autonomy is in the numerous mentions of ‘regulatory autonomy’. It is at the level of alignment or divergence between substantive rules and regulations that the respective exercises of regulatory autonomy pose problems for the negotiating teams.

Of course, at the end of the transition period, EU and UK rules will be in alignment. The key question is what happens when either side exercises their regulatory autonomy in ways that introduce difference between the two systems. Broadly there are two types of potential problems. The first type of problem is where a new rule creates a non-tariff obstacle or barrier to trade. The second type of issue is where a new intervention distorts the conditions of competition between the EU and the UK and offers a competitive advantage to one side over the other. Although exercises of regulatory policy can create both types of problem, it is useful to keep them somewhat distinct.

Looking again at the revised Political Declaration, a number of potential strategies are identified for disciplining exercises of regulatory autonomy. One strategy is to identify a floor level. Consistent with the looser free trade discipline of an FTA, the Political Declaration identifies the World Trade Organisation (WTO) instruments such as the TBT and SPS Agreements as a baseline for tackling non-tariff trade barriers. Other WTO instruments including the Government Procurement Agreement are referenced as standards for fair competition in public procurement markets.

Structures of more direct regulatory cooperation between the contracting parties are common to the FTAs that the EU has negotiated in the past. At various points, the Political Declaration identifies structures of horizontal or sectoral regulatory cooperation as aims of the new relationship. Particularly noteworthy is the idea that these might afford a mechanism for sharing best practices and good governance. In this way and through a kind of epistemic alignment, friction between the two sides might be reduced.

It is one thing to discipline autonomy by reference to a floor of international standards, industry norms and exchanges of best practice, particularly where the objective is a familiar one of avoiding non-tariff barriers to trade in goods and services. It is another to seek to enshrine in a new treaty – accompanied by enforcement mechanisms – a commitment to high regulatory standards that take as their baseline the level of alignment existing at the end of the transition period. That is what is found in paragraph 77 of the revised Political Declaration and covers the fields of state aid, competition, employment and social standards, environmental policy and climate change and ‘relevant’ tax matters. These so-called ‘level playing field’ (LPF) obligations – intended to prevent unfair regulatory competition and state interventions that distort competition – at least start from the perspective that high standards are currently reflected in Union law, making it more difficult for the UK to diverge.

The EU insists that compliance with LPF obligations is the price to be paid for an ‘exceptional’ agreement going beyond any FTA negotiated by the Union. In its draft negotiating mandate published on 3 February, the European Commission indicates that ‘robust commitments’ to LPF obligations to ensure ‘open and fair competition’ are necessary because of ‘geographic proximity and economic interdependence’ between the Union and the UK. But the UK has signalled that this will be a point of contention in the negotiations. In his Written Statement to Parliament made at the same time as the publication of the Union’s draft negotiating mandate, the Prime Minister insists that in the fields covered by the LPF obligations:

The position the UK is taking, therefore, is that as it simply seeks an FTA, it should not accept obligations that would increase the discipline on its regulatory autonomy. So while it can go along with measures designed to avoid barriers to trade through compliance with international standards and norms that meet or exceed the discipline of WTO Agreements, when it comes to distortions to, or unfair, competition, it considers alignment with EU rules to be inappropriate, desiring instead to pursue independent policies outside of the framework of a future EU-UK agreement.

Given what the UK has said about its commitments to high standards, it is conceivable that, and in line with the revised Political Declaration and indeed other FTAs including those with Japan and Canada, the EU could agree with the EU a mutual commitment to high standards and a non-regression clause that would see both sides commit to maintaining standards at least at the level as they stood at the end of the transition period. With the Prime Minister stating that in certain respects the UK already exceeds floor standards in EU law, this would pose few difficulties.

Where things are more difficult is if the EU insists on ‘dynamic’ alignment in which UK rules would need to track changes in EU rules. Paragraph 89 of the draft Union negotiating mandate envisages that both Parties will commit ‘to continue improving their respective levels of protection’ in the fields covered by the LPF obligations. The ‘governing body’ to be established under the agreement would have oversight responsibilities. The UK might wish to dismiss this out of hand, but at the same time, it does have an interest in ensuring that it does not end up subject to trade defence and other instruments designed to protect the EU market against unfair competition. Both sides share a common interest in notifying one another of changes in regulatory policies which either create barriers to trade or risk distorting competition.

But here is where we are left with one final problem and this relates to respect for the autonomy of legal orders and the difference between a free trade discipline and a free movement discipline. If we imagine that a governing body were to adjudicate upon whether changes in rules created barriers to trade or distortions to competition, by what legal standards would these be judged? 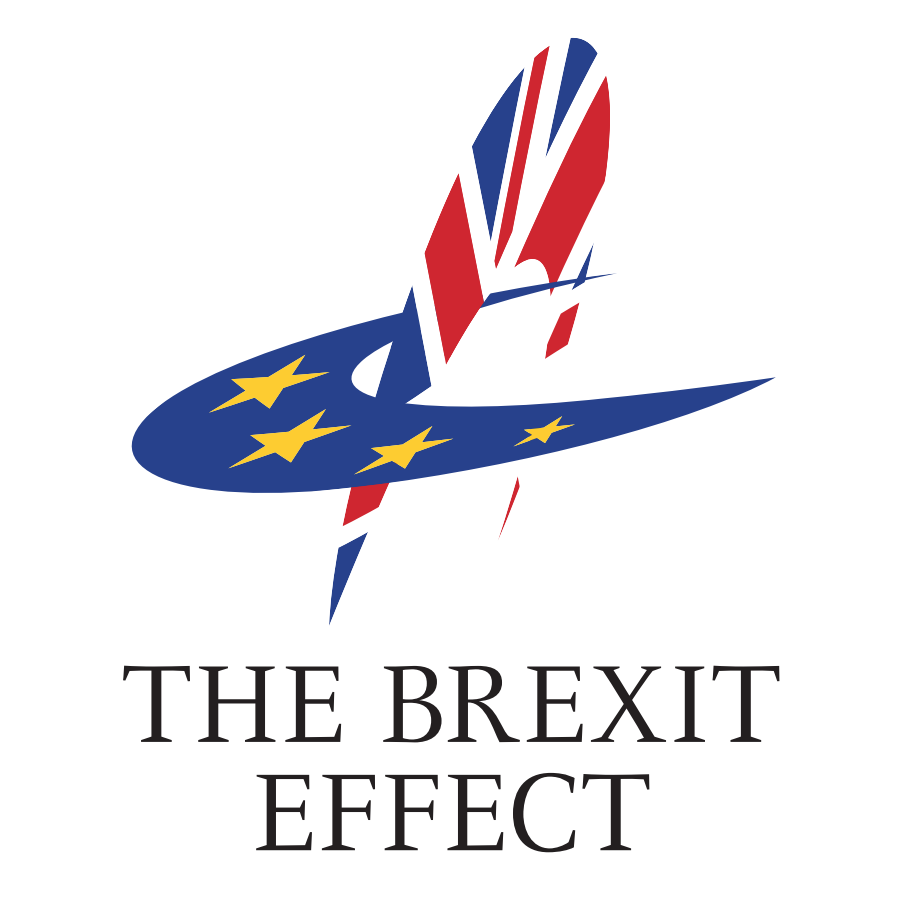 As every EU lawyer knows, Union law considers a wide range of measures to constitute restrictions on trade going beyond those that might fall foul of international trade rules. With long experience in applying competition and state aid rules in the context of the creation of a Single Market, the Union also has a clear approach to when state action distorts competition. All of which is backed up by the jurisprudence of the Court of Justice of the EU (CJEU). What, then, if the EU insists that the meaning of terms like ‘barrier to trade’ or ‘distortion to competition’ are Union law concepts that fall to be interpreted exclusively by the CJEU in line with its autonomous legal order rather than being concepts to be determined in accordance with international trade norms and interpreted by the respective legal orders of the UK and the EU?

With negotiations set to begin in March, it isn’t just issues of the economy that will shape outcomes. It’s all also about autonomy.

This post represents the views of the author and not those of the Brexit blog, nor LSE. Image: Public Domain.

Kenneth Armstrong is Professor of European Law at the University of Cambridge and currently holds a Leverhulme Trust Major Research Fellowship for a project, The Brexit Effect – Convergence, Divergence and Variation in UK Regulatory Policy. He tweets @profkaarmstrong and comments are welcomed. 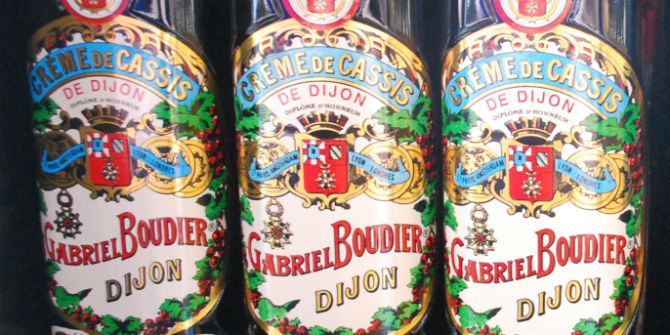