Has EU trade become less important to the UK since the referendum? Thomas Sampson (LSE) finds it has not. He discusses why this might be the case and whether COVID-19 could be the trigger for more UK firms to permanently shift away from trading with the EU, concluding that the Brexit trade shock is yet to come.

Economists predict that Brexit will lead to the UK being poorer in the long run than if it had remained in the EU. Although the models used to reach this conclusion are complex, most forecasts depend upon the same economic logic. New trade barriers between the UK and the EU will lead to lower trade, resulting in income losses through higher prices and less efficient production.

This reasoning delivers a simple testable prediction: Brexit will cause the UK’s trade with the EU to fall relative to its trade with the rest of the world. For example, analysis of Boris Johnson’s Brexit proposals by UK in a Changing Europe forecasts that UK-EU trade will fall by approximately one-third, whereas total UK trade will only drop by around 13 percent.

Although Brexit has already occurred, trade barriers between the UK and EU will not change until the end of the transition period. Consequently, it is too soon to evaluate the forecasts. Indeed, most economists expect it will take 10-15 years for the full economic consequences of Brexit to be realised. But economic decisions are forward looking, and there is evidence that the Brexit vote has already hurt the UK economy through slower GDP growth, higher inflation and reduced investment.

This makes now a good time to examine whether Brexit has already affected the geography of UK trade. After crunching the data up until the end of 2019, my conclusion is that it has not. I have found no evidence that Brexit has reduced the EU’s importance in UK trade since the referendum.

Some initial support for this conclusion can be seen in the first figure below, which shows the share of UK goods trade with the EU. After excluding precious metals from the data, the EU accounts for just under half of UK exports and around 55 percent of imports. (Because the UK is a hub in the international gold market, trade in non-monetary gold sometimes distorts UK trade statistics. Stripping precious metals from the data sidesteps this problem.) But the main message of this figure is that the EU’s share of both exports and imports has remained stable since the 2016 referendum.

The same is true for services trade, as shown in the next figure. Both before and after the referendum the EU accounts for approximately 40 percent of UK services exports and around 48 percent of services imports. There is certainly no evidence in either the goods or services data of a dramatic shift away from trade with the EU.

These figures are striking, but could be misleading. Other factors that affect UK trade patterns, such as differences in GDP growth across countries, might be hiding the effects of Brexit. Interpreted correctly, the prediction of trade models is not that Brexit will reduce the EU’s share of UK trade compared to its pre-referendum value, but compared to a hypothetical world where the UK voted to remain.

We cannot know for certain what would have happened to UK trade following a Remain vote, but allowing for changes in UK trade due to factors other than Brexit points to the same conclusion as the naïve analysis above. For example, the next figure shows changes in UK goods trade with the EU versus the rest of the world controlling for factors that affect overall trade levels by country. For each year from 2012-19, the blue diamonds are estimates of the level of UK-EU trade compared to UK-rest of world trade (with 2015 as the baseline year) after accounting for growth in each country’s import demand and export supply. The vertical lines indicate the 95 percent confidence interval for each estimate.
The figure shows that UK-EU trade grew more quickly than the UK’s trade with the rest of the world between 2014 and 2015. However, since the referendum there is no sign of either a negative or a positive Brexit effect on UK-EU trade. 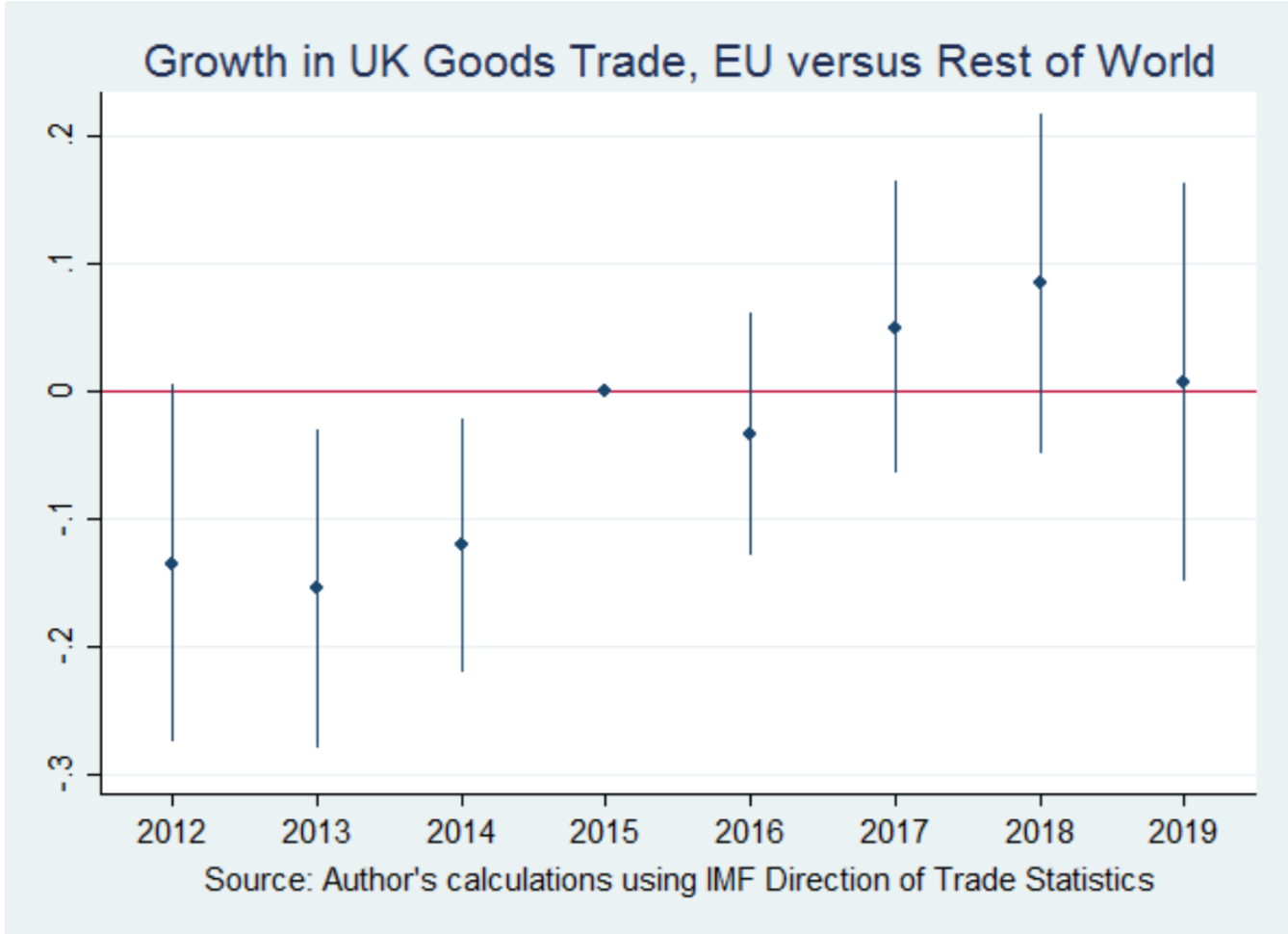 Another way to look for a Brexit effect is to ask whether UK trade with the EU has grown more slowly since 2016 in industries that may face higher trade barriers following Brexit. Again, the answer is no. Using either the EU’s most-favoured nation tariffs or counts of EU non-tariff measures as proxies for potential post-Brexit trade barriers, I find no evidence that UK-EU goods trade has grown more slowly since the referendum in high barrier products.

In summary, both simple data on the EU’s share of UK trade and more sophisticated empirical analysis imply that Brexit has not shifted UK trade away from the EU so far. What does this teach us? One possibility is that the models are wrong and Brexit will not reduce UK-EU trade flows. As an author of the Centre for Economic Performance’s Brexit analysis I am not a disinterested observer, but I think this possibility is unlikely. The trade models used to study Brexit are based on extensive research showing that tariffs and non-tariff barriers reduce trade and that the single market has increased trade among EU member states. There is no reason to expect that Brexit will buck this trend.

An alternative explanation is that, faced with uncertainty over when Brexit would occur and what form it would take, most firms have chosen to maintain their existing trade patterns while waiting to learn what Brexit means. Though plausible, this reasoning does not explain all firms’ behaviour. Research by Crowley, Exton and Han using UK data and by Martin, Martinez and Mejean using French data finds that the Brexit vote has led to fewer trading relationships between UK and EU firms.

More work is needed to reconcile these firm-level findings with the aggregate evidence presented above. It is possible that, so far, Brexit has only destroyed low value trading relationships, while leaving the large firms that dominate aggregate trade unaffected. If true, this hypothesis raises the question of when larger firms’ trade will be affected by Brexit. And the question of whether trade disruptions caused by COVID-19 could be the trigger for more UK firms to permanently shift away from trading with the EU. In which case, the COVID-19 crisis could accelerate changes in UK trade patterns due to Brexit.

For policy makers, the results discussed in this blog can be viewed as showing the glass is either half full or half empty. For the optimists, there is evidence that UK-EU trade has proven resilient so far. For the pessimists, it shows that the full economic costs of Brexit are yet to materialise. Moreover, trade adjustment often generates costs that are more concentrated, more disruptive and therefore more liable to provoke political opposition than the gradual slowdown in growth and increase in the cost of living that followed the referendum. There is more pain to come.

Formally, Figure 3 plots coefficient estimates from a regression of log bilateral trade on the interaction of year dummy variables with a dummy for UK-EU trade controlling for exporter-importer, exporter-year and importer-year fixed effects. Data for 2012-19 is from IMF Direction of Trade Statistics as reported by the importer and the sample is restricted to countries with a population greater than 1 million. Standard errors are clustered by exporter-importer. Estimating separate effects for UK imports and UK exports gives similar results.

The analysis of whether UK trade with the EU has grown more slowly since 2016 in industries that may face higher trading barriers post-Brexit uses WITS data at the HS 6 digit level on UK exports and imports, average EU most-favoured nation (MFN) tariffs and counts of non-tariff measures applied by the EU. I find that for products with higher MFN tariffs or subject to more non-tariff measures in 2015, UK trade growth with the EU compared to non-EU countries is not slower following the referendum than before the referendum. Details available upon request.

Voting with their money: Brexit and outward investment by UK firms February 11th, 2019 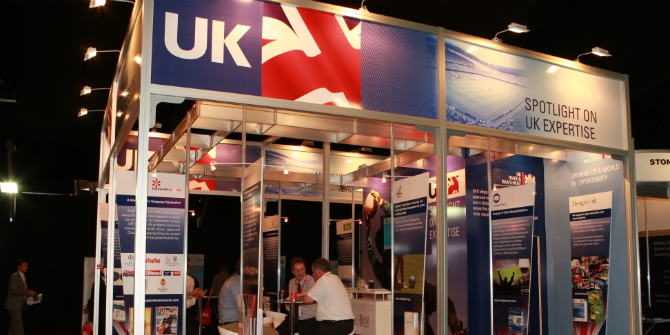 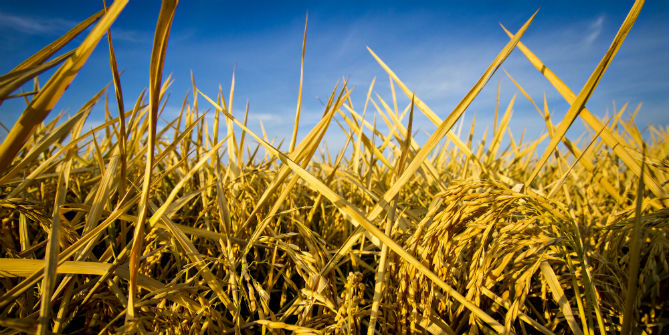 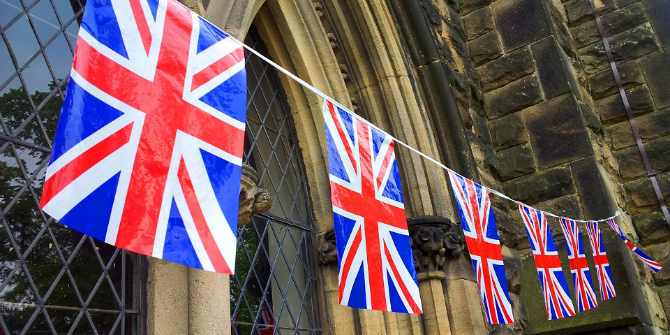 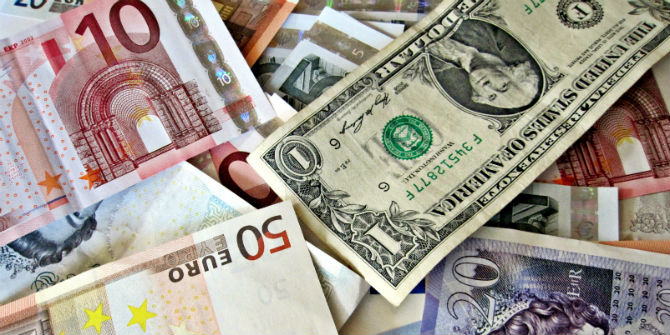