Is Tony Abbott the expert the UK has been waiting for, asks Laurenz Mathei? Putting aside his exclusionary views, the appointment of the Australian is questionable, he maintains.

The recent appointment of Australian former PM Tony Abbott as an official UK trade adviser has sparked controversy across the country. His misogynistic, homophobic, and climate change denying statements are thorny issues for many commentators and voters in the UK. However, even neglecting these “sentiments”, as Mr Johnson put it, the appointment of the Australian politician remains questionable.

While Mr Abbott undoubtedly is a practised trade negotiator, he gained this experience in a political position. To assess the value of his appointment, we must therefore explore if and/or when it is useful to employ politicians in the process of trade negotiations. Besides their technical skills, top trade advisers must have a clear understanding of their own as well as the negotiation partners’ interests. Mr Abbott has yet to demonstrate his knowledge of UK, and even more crucially, EU and other trading partners’ strategic objectives. As former PM and leader of the liberal party, his knowledge of Australian strategic positions is undisputed. However, judging by the immediate reactions of Australian politicians and commentators, the former PM’s appointment as official UK trade adviser might put the UK-Australian relationship under a stress test. Overall, Mr Abbott’s appointment seems to be yet another example of a series of risky moves by the UK government. The benefits are uncertain, as the quality of his political advice largely depends on the adviser’s in-depth knowledge of the (vast number of) proposed trading partners’ interests. While there is a risk of incurring severe costs in the form of aggravating Australia, one of the few promising future trade partners.

Mr Abbott as an expert

Mr Abbott, who holds degrees in economics and law, as well as politics and philosophy, was responsible for the finalisation of Australia’s trade agreements with China, Korea, and Japan. His credentials as trade negotiator hence seem to be valid. Yet, it is important to recognise that he contributed to reaching a deal in his role as political leader of the trade delegation, not as an expert negotiator. Therefore, we should see his experience and benefits to the UK government in his new role in this light; Mr Abbott is a political advisor in the context of trade negotiations, not a technical expert regarding the specific mechanisms of free trade agreements. Without questioning its legitimacy, gaining a deeper understanding of the role requires unpacking the interaction of high-level politics interacts and technical trade negotiations.

Trade negotiations: where the worlds of politics and technocracy collide

Free trade agreements are binding international contracts, and come in the form of interdependent chapters, sub-chapters, and side-agreements. The negotiation of such a contract is difficult, time consuming, and requires highly specific expertise in a broad range of topics. All of which makes it extremely challenging for any politician to be at the frontline of negotiations and do a good job, which is why the detailed negotiations should be left to a team of expert civil servants. Nevertheless, to honour democratic values, elected politicians should set the parameters for any official trade negotiations, supervise their execution, and assume responsibility for the ratification of the deal.

The first step of negotiating a free trade agreement (FTA) requires a domestic discussion of demands and red lines. This should ideally result in a broad parliamentary backing for the official negotiation parameters. In the subsequent series of high-level negotiations, a mixed delegation of politicians and civil servants should explain their position(s) and set initial demands towards the future trade partner. The domestic back up is critical at this and later stages, as it can be used to build up credible pressure on the negotiating partner in this two-level game. It is unsurprising that the lack of clarity about the UK government’s positions and weak domestic support has been a major reason for the frustratingly slow progress of the Brexit and UK-EU FTA negotiations. After the initial positioning, the negotiations, while supervised by political authorities, should be led by a sufficiently large and expertly trained team of civil servants. As soon as the more detailed and technical discussions are finalised, political leaders will have to sign and, importantly, ratify the deal in their domestic parliaments. The process is concluded by the domestic implementation of the new international regime; again, a procedure that is largely covered by civil servants, with political leadership taking on responsibility and supervision.

Clearly, political deliberation is a major part of any FTA negotiation. Hence, the opportunities to make use of good political advice in various stages of the discussions are plentiful. In the specific case of the UK, negotiating a large number of future trade agreements with various partners, these opportunities multiply.

Know your partner, but don’t make it too obvious

So far, we’ve established that Mr Abbott has legitimate experience as a leading politician in trade negotiations, which warrants his new position. There is also a clear need for political advice in various stages of trade negotiations. The remaining question is therefore whether the former Australian PM can adapt his own experiences and use them to advise in a different environment and how this is received by his fellow compatriots.

Political interests, whether expressed in trade negotiations or elsewhere, are always country-specific, depend on coalitions of domestic groups, and follow strong path dependencies. In the negotiations with the EU, the UK trade delegation faces 27 sets of interests, albeit combined in one set of parameters that the EU Commission is instructed to defend in the discussions. However, as if this wasn’t enough of a challenge already, the UK is currently in or will be entering talks with other trading nations; the US, Canada, Australia, New Zealand, to name but a few.

While understanding the UK’s red lines and interests should be relatively easy (notwithstanding any ongoing internal debates that could impact negotiating positions), other governments will not provide Mr Abbott with such an introduction. While not impossible, it is unlikely that the Australian politician possesses in-depth knowledge about the many European, North, and South American future trading partners. Boris Johnson, potentially well-aware of all of the above, might have installed his new top trade adviser solely to benefit from insights into Australia’s strategies.

Naturally, it is advantageous for the British government to have an Australian former PM and leader of the liberal party as an informant about the strategic interests of their negotiating partner. However, it didn’t take long for a range of Australian MPs to criticise last Friday’s appointment of Mr Abbott as a UK trade adviser. Some went even further and called for their ex-PM to be forced to register as a foreign agent under Australia’s Foreign Influence Transparency Scheme. While the domestic consequences for the Australian remain unclear – the immediate backlash might be over soon – the friendly and trusting British-Australian relationship has taken a hit. In a world where trust between trading nations is rapidly eroding, it is very risky to aggravate one of the UK’s closest allies and important future companions in the Great British idea of world trade. Only time will tell if Mr Johnson’s gamble has paid off, but if it doesn’t, he might soon be looking for a role as foreign trade adviser himself.

Laurenz holds a MSc in Political Economy of Europe from the LSE, and is currently starting up a consultancy in Applied Political Economy (www.peacs.info). In his previous role as economic adviser for the government of the United Kingdom, he advised leading policy officials and ministers on Brexit and trade negotiations with the EU. 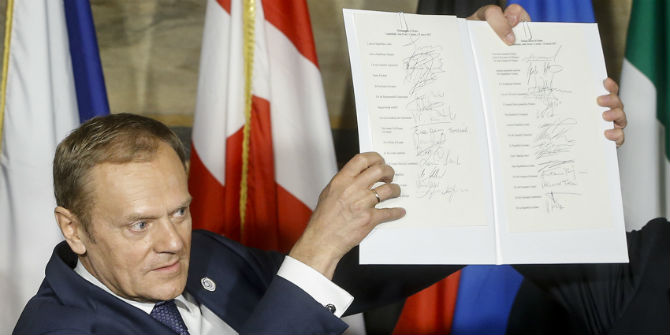 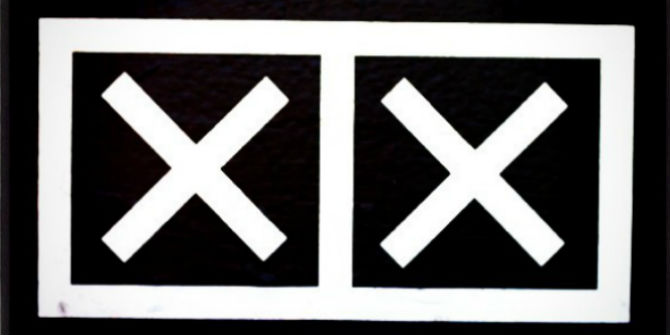