EU citizens have to apply for a new immigration status to continue living lawfully in the UK. The UK Government has decided to make this status digital-only, without a physical backup for people and circumstances where digital does not yet work. This will create barriers to opportunity and wellbeing for many EU citizens, argues Maike Bohn, co-founder of the3million. The citizens’ rights group is asking the government to give EU citizens physical proof of their right to live and work in the UK.

The ability to prove who you are has become a fundamental and universal human right. Throughout history people have claimed access to political and economic rights as well as freedom of movement through a form of identification – from handprints 31,000 years ago, Henry V’s “safe conduct” documents in 1414 to biometric ID systems using fingerprints and iris scans to verify identity.

We have now moved into a digital era and we need to find a trusted and reliable way to prove who we are both in the physical world and online. While this debate is going on in the UK and elsewhere, a large group of UK residents are about to become the guinea pigs in a digital-only experiment, played out amid the hostile environment and brought in via the back door, by a government with a patchy track record when it comes to data management. 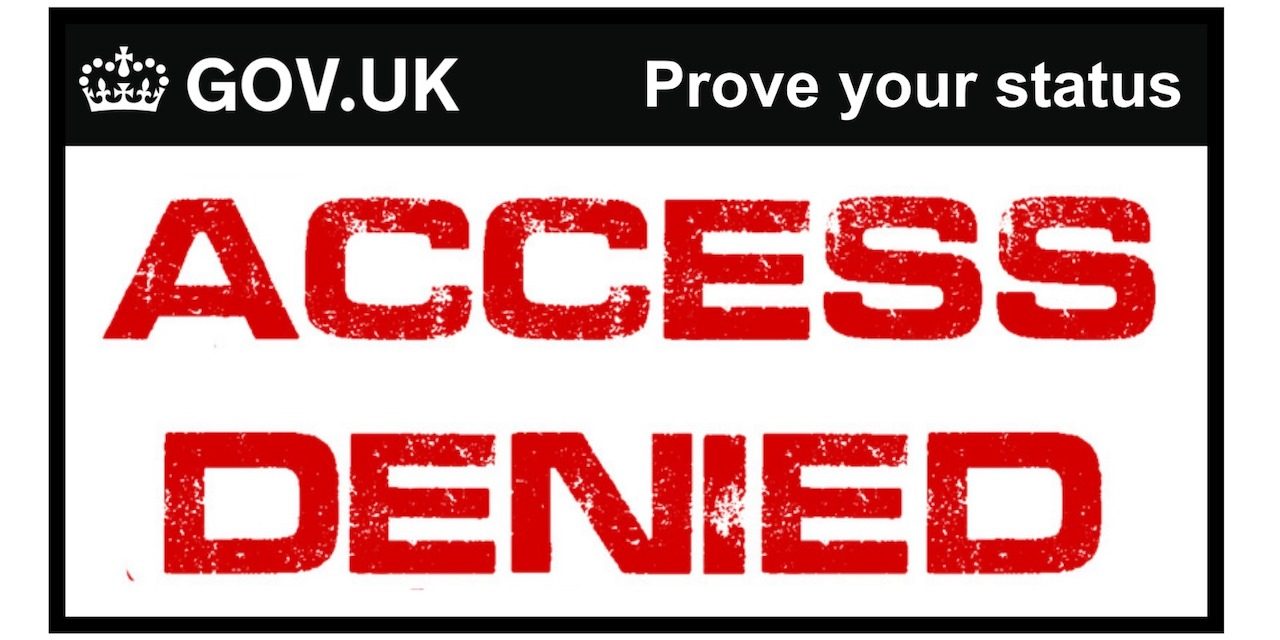 Over 4 million EU citizens and their families need to apply and acquire settled status or pre-settled status to continue living and working in the UK. The UK Government has decided to make their status digital-only, without a physical backup to fall back on when digital does not work. However, even within this system, there are exceptions and some applicants are issued a physical document. This generates even more complexity and confusion and creates barriers to opportunity and wellbeing for many EU citizens – barriers which will start to trip them up from next year. 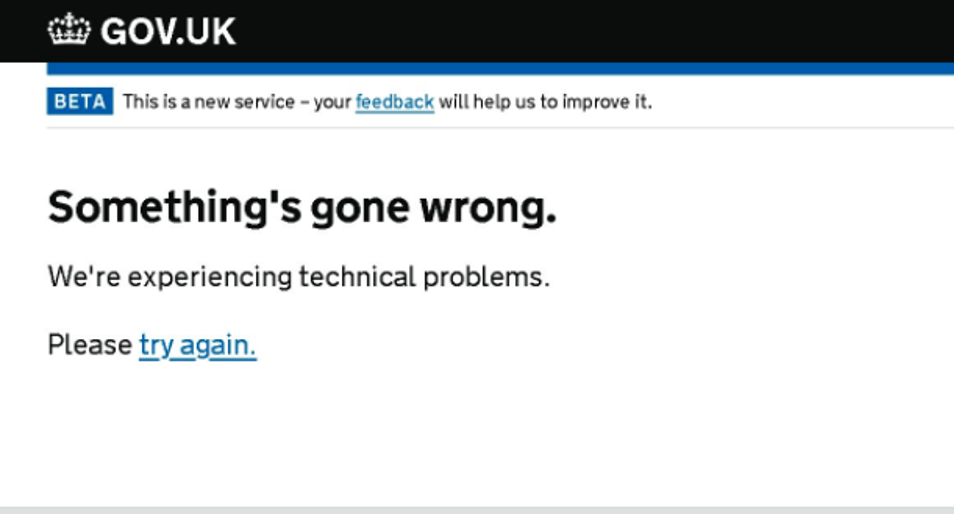 No physical backup – and a whole lot of hassle

From next year, EU citizens will depend on the digital-only system working 24 hours a day, every day, to prove their immigration status – when seeking a new job opportunity, finding a place to live, opening a bank account, getting treatment at a hospital, or returning home after a holiday abroad. To do this they also depend on access to the email account or telephone number registered against the status, broadband, no system outages, digital literacy and others’ willingness to engage with this system.

Whenever EU citizens want to prove their status, they will need to go through an online process. For example, if someone wants to prove their right to work to a prospective employer they need to access their status via a website, by providing the passport or ID card they applied with and their date of birth. Then, they will be asked whether they wish to receive a code on their email or phone. This code, once received, needs to be entered into the website. If this is successful, the status will appear on the screen and there will be an option to ‘prove your status’. They will have to fill in the employer’s email address, the system attempts to email a code to the employer, who then needs to find another website, enter the code along with some security information, and finally sees a screen with a photograph and proof that the citizen has a right to work.

Image 2: one of the multiple steps to prove a digital status 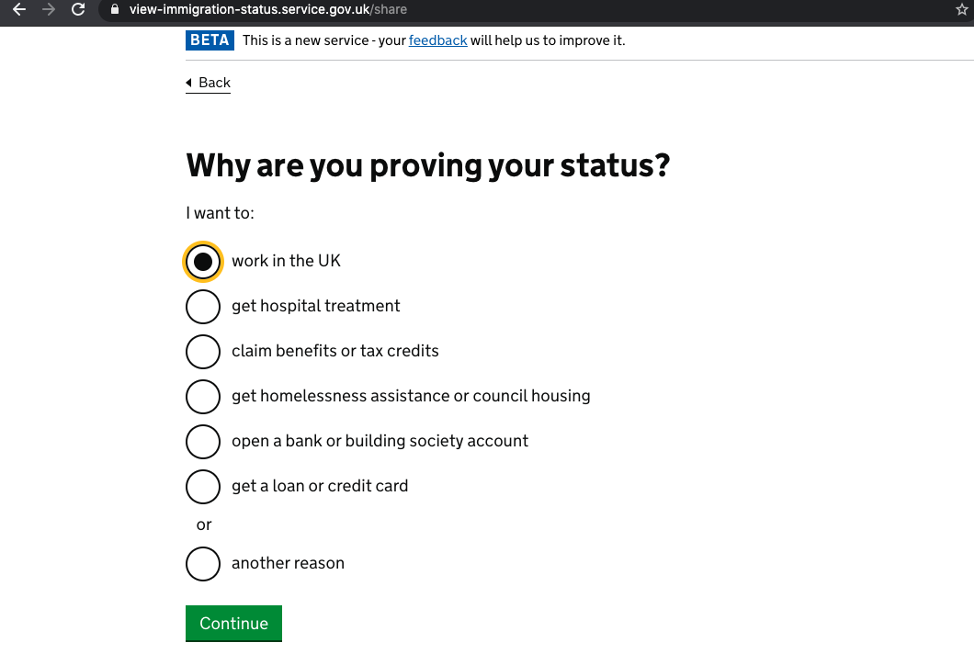 This process is not simple – the digital check has many moving parts and if anyone of them fails, it all fails. Unsurprisingly, research by the Joint Council for the Welfare of Immigrants shows that only 3 in 150 landlords said they would be prepared to do these digital checks.

We must not forget that around 22% of people do not have the essential digital skills required for dealing with this process. The UK government’s own assessment concluded that digital-only would cause serious issues for many and that a physical backup should be retained for now: “There is a clearly identified user need for the physical card at present, and without strong evidence that this need can be mitigated for vulnerable, low-digital skill users, it should be retained.”

A two-tier society is unacceptable in a democracy

While the world inevitably becomes more digital, we need to make sure that those who struggle or face problems do not fall through the cracks in the meantime. Digital-only schemes should only be introduced with extreme caution, after research, trials and rigorous evaluation. With tracking, targeting, and surveillance techniques becoming more sophisticated, we also need to develop better privacy protections for our data.

In the largest survey to date of EU citizens’ experience of the EU Settlement Scheme, the vast majority (89%) expressed unhappiness about the lack of physical proof of their status. As the Rt Hon Michael Gove said in a recent House of Lords European Union Select Committee: “The moral and social case for it [documentary proof of status] remains as strong as ever.”

We don’t want even more complexity in the already confusing immigration system and even more divisions within our society between those who can prove their right to work, rent and access healthcare simply by showing a physical proof – and those who cannot. EU citizens will have no choice but to have their every interaction with society logged into a database, and they will have no control over how much of their data is shared between institutions via the Home Office. In fact, they will struggle to access their data even if they request it.

Until all residents of the UK are happy with a digital-only ID system, until we have explored the ethical and societal aspects of allowing a digital record that logs every interaction, we need to offer an alternative to those who want it.

Too much is at stake right now for EU citizens. Used as digital guinea pigs at a time when many of them feel worried, insecure and lacking in trust, we need to give those who want it physical proof of their right to live and work in the UK. A safety net when digital fails.

You can support the3million’s campaign for physical proof here: https://www.crowdfunder.co.uk/denied-my-backup