The UK might have left the European Union on 31 January 2020, but it has not left its gravitational field, nor will it in 2021. The challenge for all sides is somehow to stabilise British exceptionalism outside the EU’s legal order, writes Martin Westlake (LSE/College of Europe).

Those on the ‘remain’ side of the Brexit argument, must acknowledge that British exceptionalism was reaching its limits long before David Cameron’s fateful 2013 Bloomberg Speech promise of an in-out referendum. Though now completely forgotten, the then Prime Minister followed up that promise with ‘renegotiations’ leading to the 23 February 2016 New Settlement for the United Kingdom within the European Union, described by Sir Ivan Rogers as a very last attempt to entrench British exceptionalism within the EU’s legal order. In the end, Cameron’s New Settlement was washed away by a referendum campaign focused almost exclusively on emotive issues related to immigration, money and sovereignty rather than his more cerebral (and justified) concerns about the risk of eurozone members outvoting the UK’s financial interests within the internal market. But for all sorts of reasons – sixth-largest economy in the world, major trading partner, currently home to a lot of Europe’s venture capital, UN security council permanent member, nuclear power, and so on – the UK remains exceptional so that now the challenge for all sides is somehow to stabilise British exceptionalism outside the EU’s legal order – the same challenge, ironically, both sides faced before 1 January 1973.

But how to respond to that challenge, especially given that the 23 June 2016 Brexit referendum result was a negative? Leave voters knew only what they were voting against. For the Remain camp, there was only one alternative, but for the Leave side, there seemed to be all sorts of alternatives. Post-referendum, undefined political slogans (‘take back control’, ‘Brexit means Brexit’, ‘get Brexit done’, ‘global Britain’) vied with ‘models’ described in euphemistic shorthand country terms (‘Norway’, ‘Switzerland’, ‘Turkey’, ‘Ukraine’, ‘Canada +’, ‘Australia’, ‘Singapore-on-the-Thames’…) while, through a succession of set-piece speeches and negotiations, first Theresa May and then Boris Johnson painted a series of red lines that gradually cut down options; most importantly, the UK will be outside the customs union and it will be outside the single market. But the basic assumption with which all would surely agree is that, in the longer run, there must and will be a future relationship between the UK and its largest trading partner, whatever form it ultimately takes (and it is probably going to take a long time for the rhetoric to dissipate and the dust to settle).

In Outside the EU: Models for Britain, leading experts describe and analyse various country models and consider how relevant they might be to the case of the UK. (The real Singapore, for example, is neither low tax, nor low regulation, nor particularly open trade and therefore not of particular relevance to the so-called ‘global Britain’ vision.) Other contributing authors look at historical precedents (the original 1954 Association Agreement between the European Coal and Steel Community and the UK, for example) and how they might illuminate the debate. They look also to important aspects of the future relationship, such as the position of the Crown dependencies, for example, and security cooperation. As editor, I deliberately avoided writing a concluding chapter; the expert contributions make their own cases and the reader is free to make up her or his mind. The exercise was about illuminating the debate and not about axe-grinding.

Four general observations can nevertheless be made. A first is that the EU is far from being monolithic in its construction. Consider the eurozone; not all EU member states are in it, but a number of non-EU dependent territories and micro states are effectively members, while Kosovo and Montenegro have adopted the euro as their sole currency without any official agreement (and therefore without issuing rights). Consider similarly the Schengen area; not all EU member states are in it but a number of non-member states are de facto members (the EFTA countries, for example). Seen from close up, the EU is variegated in appearance. A second is that, although the EU tends to place emphasis on the momentum of the integration process, that process is not consistently unidirectional. Territories do leave occasionally (Algeria in 1962, Greenland in 1985, the UK in 2020). The EU does say ‘no’ on occasion. Its predecessor, the EEC, first said ‘no’ to the UK, Denmark, Ireland and Norway in 1963. Most recently, in 2012, the EU said ‘no’ to Andorra, Monaco and San Marino. Lastly, countries do decide against full membership on occasion; in their different ways, Norway, Switzerland and Iceland, for example.

A third general observation is that states decide what is best for themselves according to their own democratic devices and traditions; Switzerland is in EFTA, for example, but not in the EEA. Fellow EFTA state Norway is in the EEA, but not in the EU. These relationships result from various referendums where the Swiss and Norwegian people have expressed their democratic point of view. In 1972, in a referendum, the Norwegians decided against membership of the EEC. In 1972 there was no such tradition for referendums in the UK, which subsequently became a member state of the EEC through a parliamentary act. Had there been a referendum in 1972, the country would almost certainly not have joined the EEC. But by 2016 referendums had been constitutionalised (notably under the 2000 Political Parties, Elections and Referendums Act), so that the use of a referendum to settle the EU membership issue – once Parliament had given its approval – could not be presented as an aberration. (In this context, frustrated Remainers should note that the Norwegian people confirmed their position by a similar margin in a second referendum in 1994 – twenty-two years after the first.)

Fourth, when countries decide what is felt to be best (or most comfortable) for themselves, there are always trade-offs to be made between competing interests, with advantages and disadvantages on both sides of the balance. There are demonstrable economic advantages to full EU membership, but many would argue that there are all sorts of political, constitutional, democratic, sentimental, cultural, historical and geographical considerations to be considered as well. To take some examples, countries like Iceland, Liechtenstein and Norway enjoy all the benefits of the EU’s internal market through their membership of the EEA, but they have had to accept in return that they will have no direct say in the market rules by which they have to abide. Much to the EU’s discomfiture, Switzerland prefers to manage its affairs through a complicated series of bilateral sectoral agreements that have to be frequently adjusted and renegotiated. Turkey enjoys a customs union with the EU that was intended as a staging post to full EU membership but has increasingly come to seem like a finalité politique. The Turkish economy – particularly its car industry – has benefitted greatly from tariff-free access to the EU’s internal market, but Turkey has had to accept in return that it cannot cut its own trade deals.

Earlier this year, in her seminal work, The Brussels Effect: How the European Union Rules the World (Oxford University Press), Anu Bradford convincingly demonstrated how, through sheer dint of the size of its market and its strong regulatory institutions, the EU unilaterally regulates global markets. Without any need for international organisations or agreements, the EU shapes the world’s business markets and ‘Europeanizes’ many aspects of global commerce. This invisible hand of the EU regulator is every bit as strong and inexorable as Adam Smith’s invisible hand of competition. From this point of view, as Bradford put it at a recent LSE seminar, whatever it thought it was doing, the UK has effectively swapped rule-making for rule-taking. Of course, the UK economy will not wither and die once the UK has entirely left the EU – far from it; but, because of the ‘Brussels effect’, it can never entirely escape the gravitational pull of the EU and its internal market. 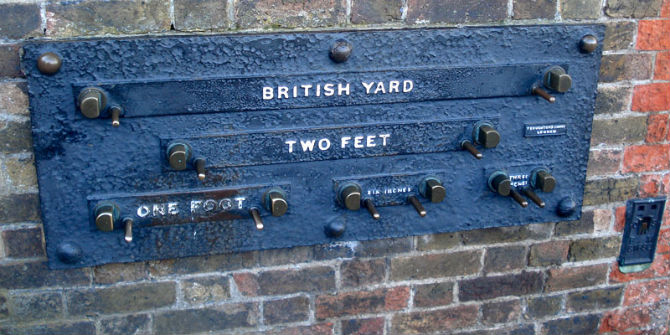 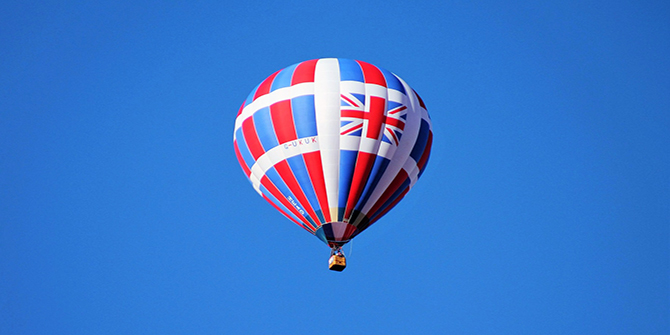 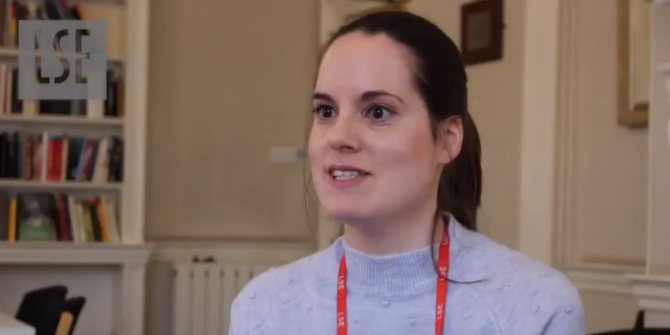 Watch: Zaun on what Brexit means for migration to the UK