The key is for leaders to promote the right set of norms for each team's work, writes Thomas Will 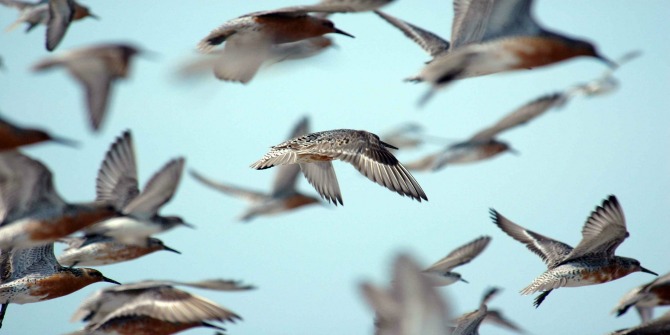 One commonality is that the leader must refrain from deciding and directing where either Team A or Team B should go. Good leadership in each situation is less about delivering the solution than it is about developing the team’s capacity to find its own solution. As Alessandro Di Fiore explains, innovation managers must stay away from silver bullets and develop instead the collective capabilities of the organisation. If the authority figure delivers the answer, the rich array of perspectives embedded in the group goes untapped.

Team innovation — whether continuous or discontinuous — is collective learning. It emerges from interactions between individuals. A team member shares her interpretation of a challenge at hand. Her perspective influences her colleagues’ interpretations. Whether they agree or object, her colleagues develop insights they would not have developed absent their interactions with her. They in turn share their thoughts and the team moves, iteratively and collectively, to new terrain. This collective learning process cannot be micro-managed. It cannot be minutely planned or tightly directed. Person-to-person interactions must be allowed to happen.

What leaders can do is influence the parameters within which they happen, and they can do this by promoting the right mix of team interaction norms. There is general agreement about what types of norms are appropriate. Mutual trust, shared understandings, healthy communication, and support for experimentation are common elements in innovative teams. A recent Google study, for example, underscores that norms of empathy and sensitivity are critical to establishing psychological safety and fostering collective intelligence. A BCG study finds that highly adaptive leadership teams manifest such norms as mutual trust, experimentation, and shared vision, values, and priorities.

While these studies indicate the types of team interaction norms that promote collective learning, they do not establish what configuration of those norms drives continuous innovation versus what configuration generates discontinuous innovation. In recent research, I contribute a finer-grained understanding of the differences between the mix of norms appropriate for incremental improvement at familiar tasks and the mix of norms suited to discovery and transformation.

My research employs agent-based flock modelling to elaborate relationships between group norm configurations and the capabilities to which they give rise. My findings inform a novel approach to enhancing group capacity that I call Flock Leadership. Flock modelling is ideally suited to studying team dynamics because it foregrounds person-to-person interactions and because it facilitates analysis of collective cognitions and behaviours that are different than the sum of their parts.

Like individuals in team settings, individuals in flocking models relate to one another on the basis of core norms. In some teams, for example, uniqueness may be highly valued. Members enact the uniqueness norm by showing a commitment to originality, maintaining independent judgment, questioning dominant interpretations, and competing with peers to be and to be seen as the most creative. Another important norm category is communication. Members of groups with strong communication norms voice thoughts readily, speak and think in ways understood by their colleagues, learn from their colleagues, and transfer peer knowledge to the context of their own work. A third core norm is the inclination to forge group consensus. In teams with strong consensus norms, individuals seek to forge shared understandings of what problems exist, what solutions are promising, and how work should be done.

The Flock Leadership framework helps team leaders understand what mix of the above norms make a team adept at doing better tomorrow what it did well yesterday as opposed to what mix of norms enables a team to develop fundamentally novel ways of seeing and doing. Phenomena-based simulation modeling indicates that for both continuous and discontinuous innovation, it is important that team members develop their own unique ideas, communicate those ideas to their colleagues, and are exposed to the ideas of others. What distinguishes the norm configuration generating incremental learning from the norm configuration driving transformative learning is the strength of the inclination to forge group consensus. Simulated teams with weak consensus norms follow predictable trajectories that extend existing track records; those with strong consensus norms take unexpected turns into novel territory and chart unpredictable trajectories. Thus, the tension between strong uniqueness and consensus norms—between the inclination to think creatively and the inclination to find agreement, to avoid the crowd and to join the crowd—appears to fuel the ferment associated with discovery and transformation.

Your responsibility as a Flock Leader is to promote norms in accordance with the type of team you want. To build a team that routinely refines and extends organizational strengths, create a context in which novel insights are valued, pursued, and communicated, but in which individuals freely adopt or reject a new peer perspective on the basis of its relevance to their own work. To build a team capable of discovering substantially new products, services, technologies, markets, cultures, or strategies, create a context in which novel ways of perceiving and responding to reality are not only valued, pursued, and communicated, but the expectation exists that members will eventually endure the hard work of forging shared interpretations. It is in the difficult work of consensus formation—in the willingness of individuals to surface disagreement and endure conflict; to try to persuade others of their interpretations; and ultimately to modify, amend, and adjust their interpretations—that discontinuous innovation is borne.

Thomas E. Will is Kathy ’68 and Lawrence Ashe Associate Professor of Business Management at Agnes Scott College. He has degrees in economics and history from Duke University and Clemson University, as well as a Ph.D. in strategic management from the University of Georgia. His research applies principles of emergent collective behavior and agent-based modeling methods to contexts of human organizing.