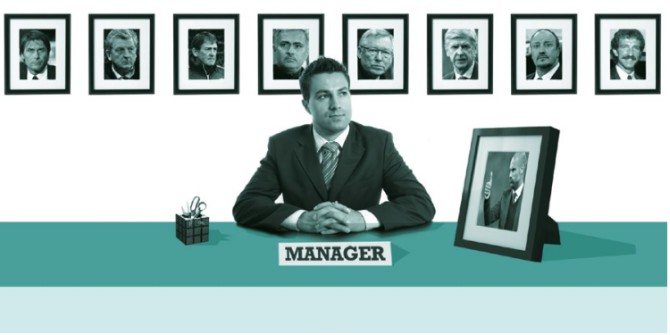 Popular stories in the media often reinforce misperceptions of women leaders by speculating about how they are different from men. They ‘sell’ because these stories seem to resonate with an unfailing belief about women and men, even if research shows the premises behind them are simply wrong and rooted in gender biases or stereotypes.

Unfortunately gender stereotyping is alive and well in business, and men and women participate equally. These stereotypes often portray women as lacking the qualities needed for effective leadership, instead depicting men as a more natural fit for top leadership positions. They are also partly to blame for the vast gender gap in leadership across Europe today.

All of us harbour stereotypical views. We use them as short cuts to make sense of the world around us, however they can be deeply destructive, particularly if we accept them as fact and not just crude generalisations. For instance, when we think of CEOs, and other executive-level leaders, the picture of a middle aged, probably white man is the natural default of most (as this is what we currently see). It is what researchers call the “think-leader-think-male” mindset, and it has created a vicious cycle in which men continue to dominate executive positions.

When Catalyst asked top corporate leaders, from both genders, to judge how effective women and men are in demonstrating 10 behaviours essential to leadership, it found the old belief that women ‘take care’ while men ‘take charge’ holds true for many. Women leaders are rated higher than men for leadership behaviours like supporting and rewarding subordinates, in keeping with the ‘caretaker’ stereotype, and men leaders are rated higher for behaviours like delegating and influencing superiors, which relate to the ‘take charge’ stereotype of men.

“It is often these ‘taking charge’ skills—the stereotypically ‘masculine’ behaviours—that are seen as prerequisites for top-level positions,” said Jeanine Prime, Ph.D., author of the study and former Senior Vice President of Research at Catalyst.

Unfortunately it is just these ‘take charge’ behaviours, such as problem-solving, that women leaders are rated more harshly for and which can undermine a woman’s ability to be seen as an effective leader.

It can be hard for people to dismiss stereotypes. Research shows that people are more able to remember instances that reinforce stereotypes, while not being so able to remember those that contradict the stereotype. The study found that this was a particular problem for women working in male-dominated occupations as their leadership skills are judged even more harshly by their colleagues meaning they have to fight harder to be seen as credible.

A recent story in the Irish Times on the country’s first and only woman Bishop, the Most Rev Pat Storey, recounted an incident at a bank when Bishop Storey tried to pay a cheque in only to have it returned to her by the cashier because ‘the Bishop’ needed to sign it. “I am he,” she said in response.

It is no surprise that women leaders consistently cite stereotypes as a major barrier to their advancement, despite the fact that over 40 studies have shown that there’s little difference between women’s and men’s leadership. Instead, they found more similarities than differences between women and men leaders in an organisational setting.

Gender stereotypes have serious consequences for women in business, leaving them misrepresented and unable to achieve their potential regardless of their abilities. Businesses are also missing out on having the best leaders.

The onus is on all of us to stamp out lazy stereotyping, and instead choose to listen and interact with individuals for who they are without relying on generalisations and biases. Only then will we stop holding back women, and their rightful place in society.