Progress towards marriage equality within the U.S. has been extremely rapid in the last twenty years. In 2004, Massachusetts became the first state to legalise same-sex marriage. Following its example, more and more states approved marriage equality until the ruling in 2015 of the US Supreme Court legalised same-sex marriage at the federal level. Were these amendments to marriage law a revolution with a profound impact for gays and lesbians? Or were they just a formal statement recognising that times have changed, but without substantive consequences beyond more marriage (and divorce) licenses?

There are reasons to believe that the economic consequences of same-sex marriage legalisation could be large. Similar past reforms – such as the passage of unilateral divorce laws – have substantially increased female labour force participation (Fernández et al., 2014). On the other hand, the effect could be small. LGBT activists have achieved several successes in the last twenty years, sustaining a steady, gradual improvement in attitudes towards homosexuality, that would now be reflected in the law.

The impact of same-sex marriage legalisation on employment is also unclear ex-ante. Access to marriage may have led to increased commitment among partners (Badgett, 2009) and lower economic uncertainty, as well as shifts in taxation, health insurance benefits, and adoption laws. These changes could have discouraged some individuals in a same-sex relationship from both being employed.

In a new paper, I use data between 2008 and 2016 from the largest available survey in the U.S. (the American Community Survey) to compare same-sex couples in states that introduced marriage equality, with same-sex couples in states that had yet to legalise same-sex marriage. Based on these comparisons, I conclude that individuals in gay and lesbian couples were more likely to be both employed following the legalisation of same-sex marriage. This increase (2.4 percentage points) is comparable to the impact of the passage of unilateral divorce laws (Stevenson, 2007) or the introduction of the contraceptive pill (Bailey, 2006).

I find a similar increase in the individual probability of being employed for both the household head and her spouse or unmarried partner. I do not observe any heterogeneity when examining male and female same-sex couples separately. I also obtain similar results when comparing opposite-sex and same-sex couples within the same state over time. Moreover, I find that the positive economic outcomes among same-sex couples were not at the expense of opposite-sex households, with employment levels for opposite-sex couples remaining stable before and after the same-sex marriage legislation.

I further extend the analysis to show that same-sex couples were more likely to work full-time and more hours per week following the introduction of marriage equality. Quite surprisingly, both gay and lesbian couples did not seem to be more prone to have children despite the extension of marriage. I do not find evidence of a surge in migration towards states that legalised SSM. Finally, as shown in Figure 1, the main findings are also supported using different data from the Survey of Income and Program Participation (SIPP). In addition, all estimates preceding the law changes are statistically indistinguishable from zero. These results rule out the hypothesis that improvements in the labour market were actually driven by changes in attitudes among the general population before same-sex marriage legalisation.

Figure 1. Effect of same-sex marriage legalisation on the probability of being employed

Discrimination as the underlying mechanism

Analogous to the increase in female labour force participation witnessed in the past decades, legalising same-sex marriage led to higher integration of same-sex couples in the workforce. A 2 per cent increase in the probability of being employed for 5 per cent of the U.S. labour force (a rough estimate of the gay and lesbian population) may have resulted in 160,000 additional individuals employed.

Same-sex marriage legalisation can thus stimulate economic growth and a more efficient allocation of human capital. Many countries in Latin America have recently legalised same-sex marriage or are considering changing their marriage laws. At the same time, homosexuality is ostracised or barely tolerated in most countries in Africa and South-East Asia. India just abolished its 150-year-old colonial sodomy law. This paper suggests that such laws may affect labour market outcomes in these countries, and it provides an economic rationale to support marriage equality.

This study also suggests that the legal recognition of same-sex couples by U.S. institutions is more than just words, but a powerful act. Each legislative decision has sent a signal to employers, co-workers, consumers, and LGBT members that social norms have changed and that discrimination is no longer tolerated.

Dario Sansone has accepted a position as lecturer (tenure-track assistant professor) in the department of economics at the University of Exeter. He received his Ph.D. in economics from Georgetown University in 2019. He has worked as consultant and visiting researcher for several institutions such as the World Bank, CeRP – Collegio Carlo Alberto, and Liser. His work focuses on understanding whether and how institutions, policies and norms lead to an inefficient allocation of human capital – with specific focus on marginalised individuals – and what kind of interventions can be used to reduce such inefficiencies. His main research topics are LGBT and gender economics, economics of education, and applied econometrics. Email: ds1289@georgetown.edu Twitter: @SansoneEcon 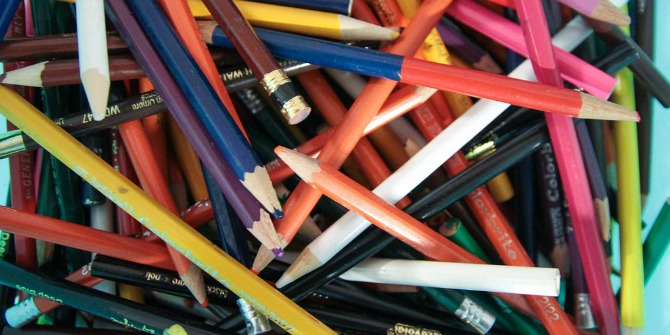 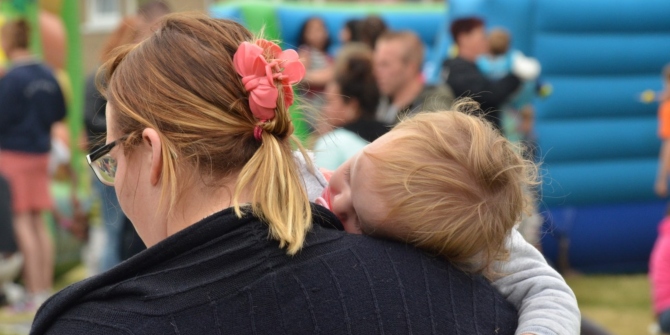