The current crisis is exogenous, arriving from outside the financial system like an asteroid might hit earth, write Jon Danielsson, Robert Macrae, Dimitri Vayanos, and Jean-Pierre Zigrand 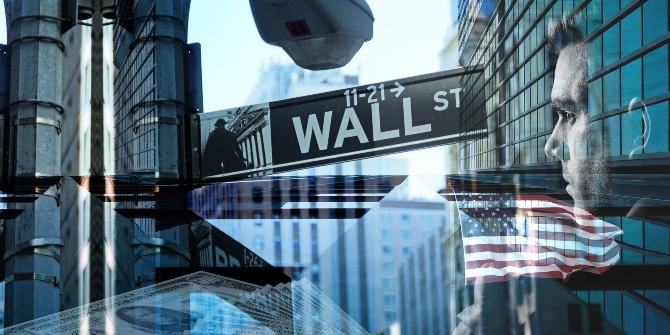 Coronavirus is having a strong impact on the world economy. What about the financial system? Is a systemic financial crisis likely, perhaps along the lines of the crisis 12 years ago in 2008, or even the Great Depression of the 1930s?

There are certainly similarities: widespread bankruptcies, liquidity shortages, large losses and some financial institutions may fail. Still, that in itself does not mean a systemic crisis is inevitable or even likely.

By using the lens of endogenous risk, we can compare and contrast the coronavirus crisis with 2008, and in the process, gain some intelligence on the likelihood of a systemic crisis as a consequence of Covid-19, as well as the appropriate policy response (Baldwin 2020, Baldwin and Weder di Mauro 2020).

We first proposed the classification of financial risk into endogenous and exogenous in 2002 (Danielsson and Shin 2002). Exogenous risk arrives to the financial system like an asteroid might hit earth – it comes as a surprise, there is nothing we do to precipitate its arrival, and it can cause enormous damage. To the financial system, the coronavirus shock is purely exogenous.

However, the distinguishing feature of all serious financial crises is that they gather momentum from the endogenous responses of the market participants themselves. Rather like a tropical storm over a warm sea, they gain more energy as they develop. As financial conditions worsen, the willingness of market participants to bear risk seemingly evaporates and liquidly evaporates. They curtail their exposures and generally attempt to take on a more prudent, conservative stance (Danielsson et al. 2009).

The damage in every systemic crisis in history is caused by endogenous risk amplification, even if the trigger can be an exogenous shock as it was in the 1914 systemic crisis. Fortunately, systemic crises are not frequent. The typical OECD country can expect to experience such a crisis at most one year out of 43. But when they happen, the damage is enormous. As a rule of thumb, a systemic crisis will cost more than a tenth of GDP, so for the US and Europe that would be in the trillions of dollars.

2008 was a typical endogenous risk crisis

The crisis event in 2008, at its core, was caused by the interaction of market participants, who came to doubt assumptions that had previously usually been made almost without question. The result was synchronised decisions to sell similar assets and to avoid the same exposures, causing an acute lack of liquidity.

Seen through the lens of endogenous risk, 2008 was typical – not too different from the crises of 1914, 1866 and even 1766. The market participants before the crisis all had infinite liquidity as an unrealistic central assumption, and when the market questioned that assumption, liquidity evaporated and a crisis ensued.

While not out of the realm of possibility, we think it unlikely for four main reasons.

The central bankers reacted appropriately in 2008, sharply increasing liquidity. In that, they had learned both from the disastrous consequences of their predecessors in the Great Depression, who refused to provide liquidity, and the Japanese policy mistakes after its 1990s crisis.

However, 2008 was at its core a liquidity crisis, and providing liquidity then was the appropriate response. It is a policy remedy that directly targets the immediate vulnerability. Since 2008, the central banks have continued to provide massive amounts of liquidity, keeping interest rates low in the interests of stimulating the economy.

The perverse consequence of that is historical levels of leverage. The private sector is highly indebted, increasing its vulnerability to a demand shock like Corona as we warned here on Vox in 2016 (Csullag et al. 2016).

Providing liquidity to banks, as the central banks are doing now, is perhaps a sensible precaution but in itself seems unlikely to be effective because it is a policy remedy directed at a different type of crisis.  The vulnerability today lies not primarily within the financial sector, but in the broad swathe of over-indebted companies that will see revenues collapse below any levels they may have anticipated. Ironically, these firms are, in part, so highly indebted because of the post-2008 low interest rates.

As the primary channel for a systemic crisis is cascading commercial-sector bankruptcies, policymakers need to contain and mitigate such an eventuality, which is not the main domain of monetary policy.

Comparison between the coronavirus crisis and the global systemic crisis of 2008 is inevitable, but seen through the lens of exogenous and endogenous risk they are quite different. 2008 was a global systemic financial crisis fuelled by the endogenous interactions of market participants. The forces of the crisis fed on deep weaknesses in the financial system that had built up out of sight.

Covid-19 is an exogenous shock to the economy, and the question is whether there are sufficient latent weaknesses for it to prey on. We think this unlikely. Instead, the locus of the problem lies outside the financial industry, in a real economy in which shops, services and business are being closed by state fiat, and the income of employees involved is collapsing.

In turn, that means the appropriate policy response cannot be limited to reducing interest rates or purchases of corporate or sovereign bonds on the open market, but should also encompass forbearance and targeted help and similar policies.

Jon Danielsson is a co-director of the ESRC funded Systemic Risk Centre at LSE. He has a Ph.D. in the economics of financial markets and his research interests include financial stability, systemic risk, extreme market movements, market liquidity and financial crisis.He has published his research extensively in both academic journals and the mainstream media, and has presented his work in a number of universities and institutions.

Dimitri Vayanos is professor of finance at LSE, where he also directs the Financial Markets Group and the Paul Woolley Centre for the Study of Capital Market Dysfunctionality.  His research focuses on financial markets, and especially on what drives market liquidity, why asset prices can differ from assets’ fundamental values, why bubbles and crises can occur, and what are appropriate regulatory and policy responses.

Jean-Pierre Zigrand is associate professor of finance and co-director of the Systemic Risk Centre at LSE. His research interests are in the areas of systemic risk and asset pricing, in which he has an extensive publication record. His teaching is principally in quantitative finance at MSc, PhD and executive levels. He has a BA and MA in economics from the Catholic University in Louvain and a PhD in economics from the University of Chicago.