The pandemic creates much hardship but also shows us how quickly societies can adapt to necessary change, write the members of the University of Hohenheim’s department of innovation economics 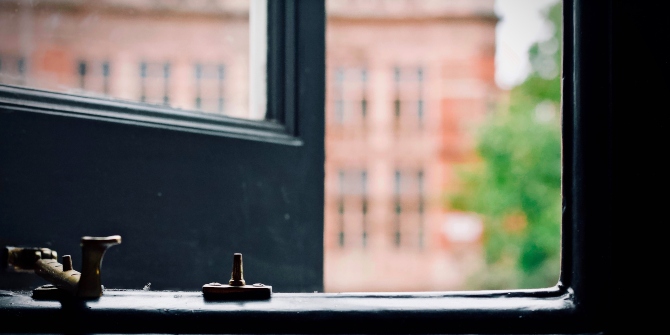 All over the world, calls for strategies to return to a normal life after the Covid-19 crisis are emerging. Due to the severe economic cuts and the terrifying losses of lives and livelihoods, ideas to transform the economic system towards sustainability run the danger of becoming drowned by those voices pressing for a fast return to the pre-crisis economy. These voices ignore that the economies were ailing already before the pandemic. We should not forget that our ways of production and consumption had already run into crisis before Covid-19.

Covid-19 is currently the most prevalent economic and societal threat, unveiling and aggravating other lingering wicked problems such as inequality and poverty, hunger, and populism. These problems are “wicked” in the sense that they are extremely interconnected and embedded in the social, economic, and environmental systems in a way that is almost impossible to capture. Trying to solve one of these problems may even make another one worse. This is one of the reasons why these and other interrelated processes compromise a humane way of living on Earth. Current responses to the pandemic once more reveal that economic growth, sales, and profits are played off against other sustainable development goals (SDGs) such as good health and wellbeing, no poverty, and climate action. For a very short time, governments have prioritised citizens’ health. Now that the various effects of lockdown become increasingly palpable, the rift between the SDGs deepens.

2. Let us recognise this crisis as a window of opportunity for change

Accordingly, there are many conflicting and competing visions for a post-pandemic economy. These range from restarting or recovering the old economic system as quickly as possible to a variety of different post-growth concepts of an economic system where profits serve people and planet (and not the other way around). Despite these divergent visions, many agree on the fact that action of unprecedented scope is required immediately.

We are rightfully shaken by the hardship and the losses caused by the pandemic. But Covid-19 also forcefully shows us how quickly societies can adapt to necessary change: Especially those of us living in the Global North who previously believed many habits and practices to be a given, have now been disabused. A few months ago, it seemed inconceivable for many to consume less, abstain from flying, work from home, and to agree on concerted policy interventions on a global scale. This shows us that besides the many terrifying negative effects, the sudden lockdown has afforded a potential window of opportunity for re-thinking petrified practices, worldviews, and paradigms.

3. Let us take the opportunity

There is a growing acknowledgement by societal groups such as the Fridays for Future movement and various scientific bodies that we must give up doing business as usual. The current momentum could be used to bridge the rift between the SDGs and co-create viable economies built on knowledge about the deep connection between human social systems and the Earth system.

The window is still open. It is not too late to decide whether we use it for deep, long-term transformations, such as sustainability transitions, or let it close again and return to the old status quo – or even rebound – after overcoming this immediate threat. To use the opportunity for deep change, we must ask ourselves: what do we want to transform or sustain, by and for whom, and, eventually, how?

Humans tend to stick to old habits. In the current situation, however, we should think twice if we really want to go back to normal, because “normal” has been the origin of many of our problems, Covid-19 being only one of them. This is exactly the reason why “restarting the economy” with all of its faults will be disastrous in the long run. Policy measures that aim to bring us back to “normal” as fast as possible, to reach the same economic growth rates and consumption levels as before the crisis, are downright reckless. A new “normal” must be found in the sense of alternative systems that are dedicated to quality of life, inter- and intragenerational justice, and a viable balance between social and ecological systems. Thereby, we can leave behind the old “normal” dedicated to profit maximisation and shareholder value.

5. Let us prepare for uncertainty

In the debates about post-pandemic strategies, voices calling for a pause from sustainability in favour of economic recovery seem to be growing louder. This is unsurprising given the immediacy of this existence-threatening situation that affects all of us in many different ways. But the window of opportunity is quickly closing. Now is the time to climb through the open window and face highly uncertain territory. This is hard to take, but we must resist our urge to seek guidance from politicians promising the familiar financial “panaceas”. Fundamentally new and sustainable ways of living require novel formats of governance that are responsive to unforeseen developments and capable of adapting to sudden change. Political decision makers all over the world must be receptive to the creativity, solidarity, and ingenuity, which many individuals and communities have demonstrated in dealing with the unexpected hardship of the previous weeks.

Kristina Bogner is a postdoctoral research fellow at the department of innovation economics at the University of Hohenheim. She is particularly interested in agent-based modelling, social network analysis, and machine learning. Until 2012, Kristina studied business science and economics as well as economic policy at Leipzig University (Germany) and at Université de Fribourg (Switzerland). In 2015, she successfully completed the M.Sc. program in economics at the University of Hohenheim. She then worked as a research associate, teaching assistant, and doctoral student at the department of innovation economics. In her doctoral thesis, Kristina investigated the generation and diffusion of knowledge and innovation in networks as well as knowledge in and for a sustainable knowledge-based bioeconomy. Please follow Kristina on ResearchGate.

Matthias Mueller is a postdoctoral research fellow at the department of innovation economics at the University of Hohenheim. He holds a diploma degree in economics from the University of Bremen. His main fields of research are neo-Schumpeterian and evolutionary economics. In his PhD he investigated the role of the demand side and its effects on innovation processes with the help of agent-based simulation environments. Further interests include innovation networks, social network analysis, and the sustainability transitions in and of innovation systems particularly in the context of a sustainable knowledge-based bioeconomy. Please follow Matthias Mueller on ResearchGate.

Andreas Pyka holds the chair for innovation economics at the University of Hohenheim, Stuttgart. He graduated in economics and management at the University of Augsburg in 1998. Thereafter, he spent two years as a postdoctoral researcher at the French National Institute for Agricultural Research in Grenoble, France. From 2002 until 2003 he held a guest professorship at the Austrian Research Centers “System Research” in Vienna and habilitated in 2004. Two years later he joined the University of Bremen where he became a professor for Economic Theory.  Please follow him on ResearchGate.

Michael P. Schlaile is a postdoctoral research fellow at the department of innovation economics at the University of Hohenheim. In early 2018, he also became an external fellow at the Center for Applied Cultural Evolution. Prior to his current position, he gained professional experience as a foreign exchange dealer and consultant at a local savings bank and was part of the scientific staff at University of Hohenheim’s department of business ethics from September 2012 to December 2016. Michael’s research revolves around responsibility, sustainability transitions, and the interplay of cultural and economic evolution in complex socio-economic systems. Please follow Michael on ResearchGate or Twitter.