The gender wage gap is oftentimes referred to as a first indication of potential discrimination against women. In order to isolate the part of the wage gap that can be ascribed to gender discrimination, empirical studies estimate adjusted gender wage gaps, thereby taking into account productivity measures such as work experience, hours worked, education, industry, occupation, or union status. These adjusted gaps are smaller but significant and persistent over time (see figure 1). Similar results are brought forward with respect to Canada, Sweden, the United Kingdom, or Germany, for instance. 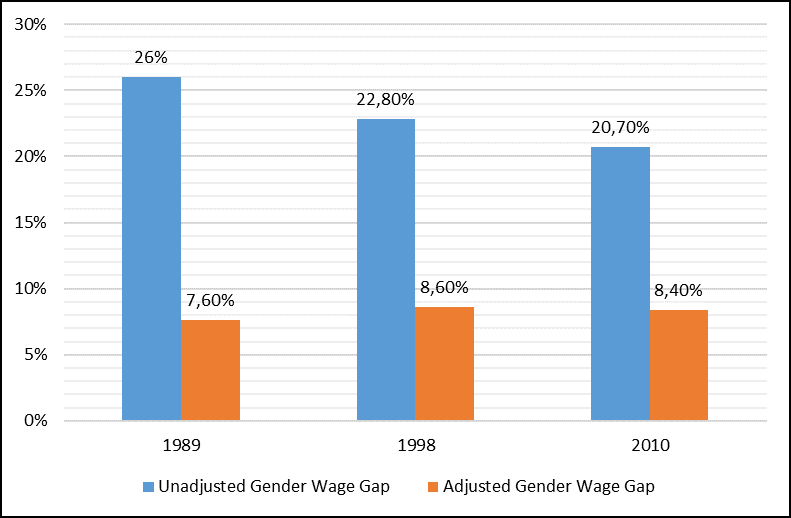 Importantly, our paper motivates the inclusion of discriminatory behaviour by firms into our analysis by the relatively constant and persistent adjusted gender wage gap.

We simulate an adverse macroeconomic shock like the COVID-19 pandemic. Worldwide, countries experience(d) high levels of macroeconomic distress. In particular, the Bureau of Economic Analysis in the US (2021) reports that US GDP decreased by a quarterly rate of about 7.85 per cent in the second quarter of 2020 due to the COVID-19 pandemic. However, our model suggests that the economic downturn would be significantly lower in an economy without gender discrimination: instead of a GDP decline of 7.85 per cent (solid black line), GDP would only decrease by about 7.35 per cent (dashed blue line), as figure 2 shows.

Thus, gender discrimination worsens the macroeconomic downturn by 0.5 percentage points or 7 per cent in this example. The aforementioned effects should be interpreted with caution: while our model shows a significant impact of gender discrimination on GDP and other macroeconomic variables, we do not aim at estimating the exact quantitative extent of these effects. The presented numbers therefore serve as a first indication of the impact of gender discrimination on macroeconomic outcomes rather than an exact prediction of the extent of these effects. Note, for instance, that the results are calculated based on a discriminatory gender wage gap of 5 per cent, which is considerably lower than the estimated adjusted gender wage gap in the US (see figure 1).

Naturally, the distortions caused by the pandemic also lead to a reaction by the Federal Reserve (FED). In particular, in March 2020, the FED decreased the target range for the federal funds rate by 0.5 percentage points to mitigate the impact of the COVID-19 pandemic on the US economy. Figure 4(a) shows that our results suggest that these types of expansionary monetary policy measures have gender-specific distributional effects: in our model, a decrease of the monetary policy rate by 0.5 percentage points leads to an increase of the adjusted (or discriminatory) wage gap of 0.43 percentage points. Note that, after March 2020, the FED conducted several other policy measures that are likely to have similar distributional effects.

As shown in figure 4(b), we additionally find that expansionary monetary policy is less effective: inflation increases about 0.01 percentage point (or 7 per cent) less due to gender discrimination.

Overall, our results have considerable policy implications: gender discrimination does not only lead to inefficient outcomes for women or households but has negative implications for the entire economy. This implies that institutional measures that aim at combating gender discrimination (such as pay transparency laws, for instance) may also be efficient stabilizations tools. Simultaneously, our results contribute to the discussion around central banks’ impact on income inequality by providing new findings with respect to the effects on discriminatory wage gaps. 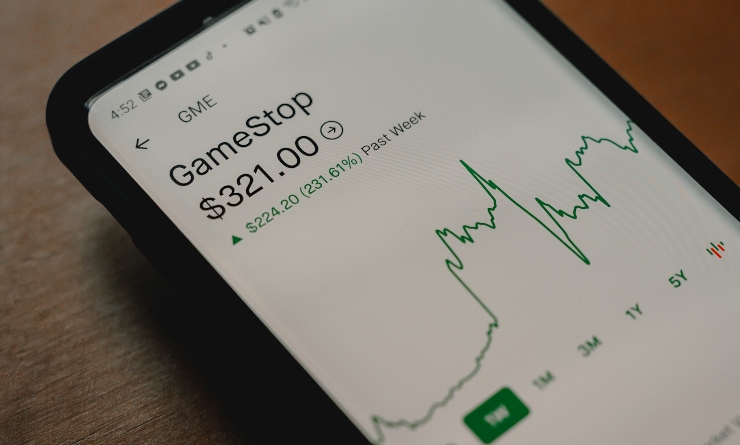 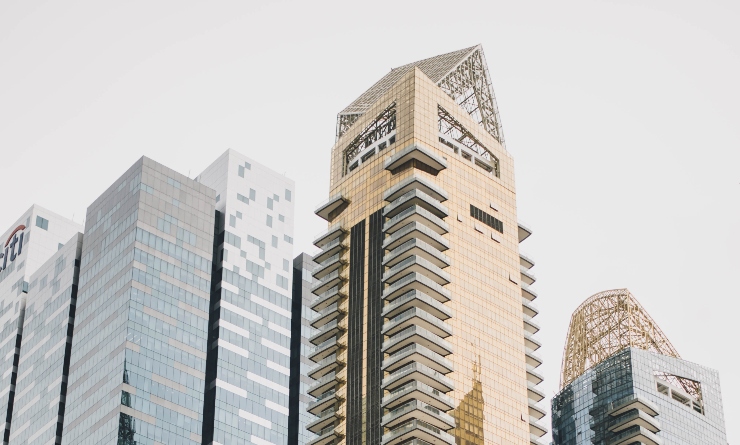 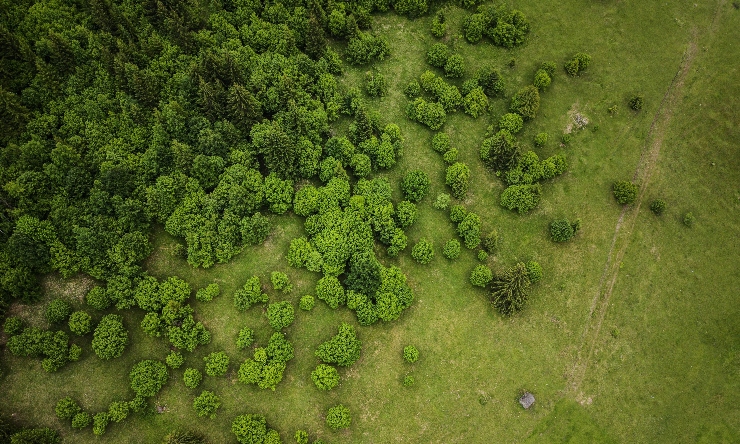