Posted on January 8, 2013 by Arthur Wadsworth 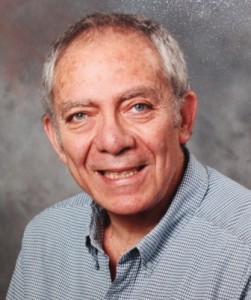 Professor Bridget Hutter, Head of the Department of Sociology, expressed the sorrow of colleagues from the Department upon learning the very sad news that Stan Cohen, Emeritus Professor of Sociology at LSE, passed away on the morning of Monday 7 January 2013 after a long illness.

In 1980, Stan and his family left Britain to live in Israel. He was Director of the Institute of Criminology at the Hebrew University, Jerusalem and also became active in human rights work on the Israeli-Palestinian conflict.

He returned to LSE as a visiting centennial professor in 1994 and in 1996 was appointed Martin White Professor of Sociology. He has received the Sellin-Glueck award from the American Society of Criminology and in 1998 was elected as a fellow of the British Academy.

His most recent book, States of Denial: knowing about atrocities and suffering (Polity Press, 2001), dealt with personal and political reactions to information, images and appeals about inhumanities, cruelty and social suffering. States of Denial was chosen as Outstanding Publication of 2001 by the International Division of the American Society of Criminology and was awarded the 2002 British Academy Book Prize.

The 30th anniversary edition of Cohen’s classic Folk Devils and Moral Panics (Routledge) came out in 2002. In the introduction, he reviewed the uses of the concept of ‘moral panics’ in the 30 years since 1972.

Stan was awarded Honorary Doctorates by the University of Essex (2004) and Middlesex (2008) and in 2010 was awarded an Honorary Fellowship by the LSE. In 2009 he received the Outstanding Achievement Award of the British Society of Criminology.

Bridget Hutter adds: “The Department was so fortunate in having Stan join us in 1996. His health was by then ailing but his intellectual vitality was ever present. He came to us as one of the world’s leading criminologists and his criminological work and theories of social control remain highly influential. Some of us were very privileged to work with Stan, in my case on MSc Criminology in the late 1990s, and also later sharing our experiences of setting up interdisciplinary research centres in the School. We will all miss him and send our condolences and fond memories to his family.”

This entry was posted in Centre for the Study of Human Rights;, Department of Sociology and tagged Obituary, Stan Cohen. Bookmark the permalink.