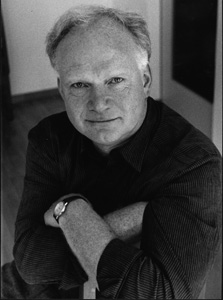 On New Year’s Day 2015, LSE lost one of its most famous and distinguished faculty members. Ulrich Beck was among the first Centennial Professors recruited to LSE when that programme was created by then-Director Anthony Giddens in 1997. He identified strongly with LSE and its cosmopolitan vision and remained an active part of the School until his death.

Beck studied law and philosophy before turning to sociology, in which he did his PhD under Karl Martin Bolte at Munich. Jurgen Habermas was a kind of role model as he engaged simultaneously in student politics and theoretical inquiry, sociology and philosophy. In his early work he addressed topics like the theory-practice debates in German and American sociology and the relationship between vocation and identity. The later concern informed his early studies in the sociology of work and professions, and foreshadowed his career-long concern for individualisation and reflexive management of relations between existing reality and the future.

This was at the centre of the book that made Beck famous, his 1986 study of Risk Society. This was one of the rare books with a vision original enough to change how many colleagues and students would see the world and their own work. Beck suggested that the basic orientation of modern society, the driving need behind its organisation had shifted away from material production toward coping with risks. He meant risks at every level from personal life chances to global catastrophes.

With Giddens, Scott Lash and others he would develop this perspective into a theory of reflexive modernisation and eventually of the ‘second modernity’. By this last phrase he meant the era that succeeded agricultural and industrial struggles to overcome material limits and cope with natural threats. The new era was one in which risks created by humans dominated. Beck’s account became one of the most influential of many approaches to conceptualising an era marked both by new capacities for choice and the dark sides of prior technological successes and the development of large-scale socio-technical systems.

Beck pursued the understanding of second modernity and its implications in dozens of books and hundreds of articles. Not surprisingly, he followed his early interest in the sociology of work with important studies of its transformation in this new era. He analysed the reinvention of politics. He was closely engaged in the growing understanding of climate change and environmental crisis. And he was one of the first sociologists of globalisation- indeed one of those who helped to popularise the word. Beck called attention to global interdependence and the limits of any sociological understanding that didn’t adequately recognise it. In several books on cosmopolitanism he tried at once to understand the actual growth of such a global perspective and to advance it. One of his targets was the ‘methodological nationalism’ of much social science. He called attention to the ways in which the very organisation of social science data and research reinforce the idea that nations are the ‘natural’ units of social organisation, and obscure the real organisation of social life on other scales.

Beck was strongly committed to Europe as a transnational structure and also a project crucial to coping well with reflexive modernisation and the risks of globalisation. He was astonished and troubled that the European project lost popular support just when it was most needed. Among his analyses was that German dominance was potentially fatal for cosmopolitan Europe. Concerned by both right and left-wing populists, he was one of the organisers (with Jurgen Habermas, Anthony Giddens, and many others) of a 2014 call to Vote for Europe – and he died with the future of Europe still uncertain.

His attention was also drawn to the volatility of personal life – not least the reorganisation of love in this new era. This included the increasing importance of ‘distant love’ (to quote the title of a book co-authored with his wife, the sociologist Elisabeth Beck-Gernsheim) but also the risks of love in a world where divorce was newly common. This was part of a broader inquiry into a world that institutionalised individualism and demanded constant choices. This created a chaotic context for love, and indeed for religion, but neither lost its importance.

Beck approached sociology with passion, seeking to illuminate the big issues of the age and place of individual lives within them. His writings were full of metaphors and creative efforts to capture a changing, challenging reality.

In his lectures, seminars and innumerable personal conversations at LSE, Beck was a warm and positive presence. His themes ranged from the ways modern society is organised in response to hazards and insecurities, to the nature of cosmopolitanism and the possibilities for successful reflexive strategies in both politics and personal life. He moved students and influenced colleagues. He will be missed.

Anthony Giddens, former LSE Director and co-author of Reflexive Modernisation with Ulrich Beck and Scott Lash, has written an obituary for the Suddeutschezeitung, which is available to read here: Ulrich Beck .

This entry was posted in Department of Sociology and tagged Obituary, Ulrich Beck. Bookmark the permalink.

Leave a Reply to Bridget Hutter, Department of Sociology and Centre for Analysis of Risk and Regulation, LSE Cancel reply