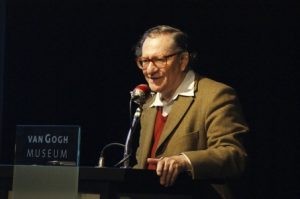 It was with profound sadness that we learned of the death of Anthony Smith, Emeritus Professor in Ethnicity and Nationalism in the LSE Department of Government, this week.

ANTHONY D. SMITH (1939-2016) was Emeritus Professor of Nationalism and Ethnicity at the London School of Economics, President of the Association for the Study of Ethnicity and Nationalism, and Founding Editor of Nations and Nationalism. He was one of several LSE scholars (who included Ernest Gellner and Elie Kedourie) who made seminal contributions to the theory and comparative study of nationalism. More than anyone else, however, he established nationalism as a separate interdisciplinary field of study by his magisterial overviews that helped create common definitions and classifications through which the different frameworks could be understood.

He published seventeen books translated into twenty two languages, and over one hundred articles and chapters in books on nations, nationalism and ethnicity, in which he developed his ethno-symbolic approach. His main publications included The Ethnic Revival (1981), The Ethnic Origins of Nations (1986), National Identity (1991), Nationalism and Modernism (1998), Chosen Peoples (2003), The Cultural Foundations of Nations (2008), and The Nation Made Real (2013). Another book on music and nationalism is in production.

Through his undergraduate and MSc courses and doctoral workshop, he made the LSE in Walker Connor’s words ‘the Mecca’ for the teaching of and research into nationalism. He, with his doctoral students, established the Association for the Study of Ethnicity and Nationalism (ASEN) which for over 25 years has hosted annual conferences on nationalism at LSE, established two leading journals, and in honour of his teacher, Ernest Gellner, an annual lecture series. He was a dedicated supervisor and many of his students have attained chairs at leading institutions. After his retirement from the Government Department in 2004, he struggled with great tenacity against a debilitating illness. In spite of this, he continued to publish prolifically, to act as editor of Nations and Nationalism, and to support his Professorial successor, John Breuilly, in maintaining the position of nationalism at LSE. He leaves behind a wife and young son.