Posted on October 27, 2016 by Nicole Karunakaran 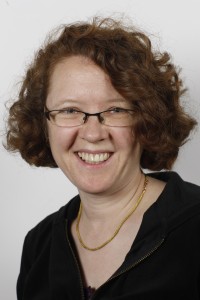 It is with the greatest regret and overwhelming sadness that we inform you that Helen Reece, Associate Professor of Family Law, died on Wednesday 26 October 2016.

At LSE, Helen taught family law and the law of obligations. Her research focused mainly on family law, but it was much broader in range, characterised above all by the aim to uncover and contest the social and political assumptions behind existing legal rules and prevailing opinion. Her work on adoption, parenthood, domestic violence and, more recently, the law of sexual offences identified her as one of the most original thinkers of her generation. Her monograph, Divorcing Responsibly (2003), on the influence of post-liberal notions of choice on the law of divorce, was awarded the Socio-Legal Studies Association Book Prize in 2004. Helen’s article on ‘Loss of Chances in the Law’, published in the Modern Law Review in 1996, and winner of the Wedderburn Prize in 1997, has been cited with approval by the House of Lords, and been a major point of reference in tort scholarship. With Michael Freeman, she edited several works and collections on the relationship between law and science (Law and Science: Current Legal Issues (1998); Science in Court (1998)). She was a founding member of Institute of Ideas Parents’ Forum, and a member of the editorial boards of Law, Probability and Risk, the International Journal of Law in Context, and the Modern Law Review. She was a regular contributor to radio and television programmes.

This catalogue of achievement does not begin to account for all the qualities that made Helen special to her colleagues in LSE Law, and to her much wider networks of colleagues and friends: her good humour, her keenness to engage with other colleagues’ work, her outstanding record as a teacher and research supervisor, the fearlessness, integrity and sense of duty she brought to all her endeavours. We mourn the passing of a brilliant scholar, and a cherished colleague and friend. Our thoughts and hearts go out to Helen’s partner, John, and their children, Hannah and Ben.

“I was desperately sad to hear the news that Helen died yesterday.  It’s a deep loss for all of us at LSE and a far greater loss for her family. Helen was on the board of the Modern Law Review (MLR), as am I, and in both LSE Law and on the MLR she was a wonderful colleague. She was spirited, engaged, energetic and constantly driving us forward. She was also incredibly supportive, thoughtful and kind. I have her to thank for encouraging me to take on the general editorship of the MLR – she was adamant that it should be a woman for the first time in 74 years! That was typical of her – fiercely principled but personally such a warm and supportive colleague. We will all miss her greatly. My thoughts are with her family and friends at this terrible, terrible time”.
Professor Julia Black
Interim Director

“Helen was a wonderfully dynamic and forceful character, and a tower of strength in her family and in the Department. The freshness, daring and iconoclasm of her scholarship meant that, of anything she wrote, one could without question say that once read, it would not be forgotten. We will all miss her terribly. In due course we will find an appropriate way to honour her, and details about this will be posted on the website”.
Professor Jeremy Horder
Head of LSE Law

If friends of Helen would like to make a donation to charity in her memory, her family inform us that any charity would be appropriate. Helen also supported the work of hospices, such as Marie Curie.

An obituary for Helen can be read in The Guardian here.