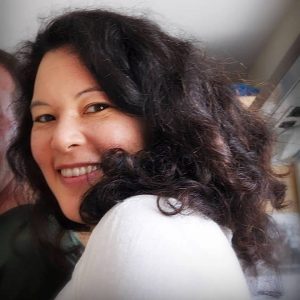 The sudden loss of our colleague and friend Dr Mayling Birney comes as a great shock to everyone in the Department of International Development, and across LSE. Mayling was a cherished colleague and friend, a great teacher, and always a positive and uplifting spirit in everything she did.

Mayling joined the Department of International Development in 2010, after completing an MSc Economics at LSE, a PhD in Political Science at Yale, and a postdoctoral fellowship at Princeton. She was co-director of the MSc in Development Management, one of the Department’s cornerstone programmes. From her first day with us, Mayling threw herself into her teaching with gusto, incorporating her immense knowledge of the Chinese experience into the empirical and theoretical core of the course. Over time, she reconceptualised the government and governance modules away from a static, sectoral analysis, in favour of a dynamic approach focusing on institutional transformation. She quickly became a pillar of the programme, much sought after for her insight, her excellent judgement, and the warmth and grace with which she received students and colleagues alike.

Mayling was an accomplished scholar of the comparative politics of China. Her work examined local politics in China, as well as the politics of decentralization and corruption. Her principal area of research regarded the relationship between national and local politicians in China, in particular the way that national officials used local elections to control provincial authorities, and how local officials responded to the mandates of national party-state officials. In her book manuscript, The Rule of Mandates: Governing and Misgoverning China, which she was in the final steps of completing at the time of her death, Mayling argued that in lieu of a “rule of man” or “rule of law,” China has a “rule of mandates” that sets priorities for officials at all levels of government. Not only does Mayling’s research reveal how the “rule of mandates” functions, but she also demonstrates its distinct consequences for economic development and political stability in China.

We were fortunate to have Mayling with us, and her death is a tragic loss for the Department of International Development and LSE.

Our thoughts are with Mayling’s family, and her many friends and colleagues in Europe, North America, and Asia. We will miss Mayling dearly.

This entry was posted in Department of International Development, Uncategorized. Bookmark the permalink.