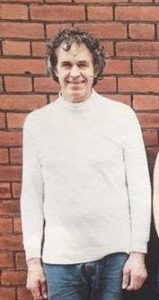 Martin joined LSE Estates Division in 1993 and worked in the post room until 2011, when he took medical retirement due to Parkinson’s disease.

Martin was very well regarded by everyone he came into contact with – he enjoyed long debates on politics, the war and his love of music.

Martin was also a big forerunner for recycling at LSE (many years before it became fashionable)… His home was usually full of bits of timber, old shelves, and many other items found in skips around the School that he “would find a use for”.

He was a gentle gentleman who made a lot of people’s lives just that little bit better for having him in it.

His family have asked that any donations be made Parkinson’s UK in Martin’s name. – Tony Simpson