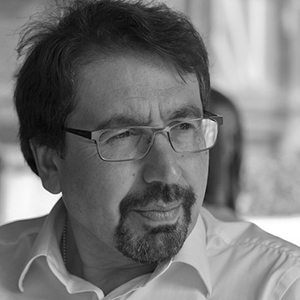 It is with great sadness that we learnt of the passing of Professor David Held, formerly Graham Wallas Professor of Political Science at LSE, and Founder and Joint Director of the Centre for Global Governance. To many in the Government Department he was a colleague, teacher, mentor and friend, but a mere departmental affiliation was never going to be enough for David and he collaborated with colleagues and students across most of the departments in the School.

I first met David when he was a young visiting lecturer at the University of York and I was an undergraduate. He had recently published his first book Introduction to Critical Theory (1980) and was an exciting and dynamic theorist of the left. This was only the first of many books but it remains the best introduction and guide to its subject and is still valuable to serious scholars. His subsequent career took him to the Open University as Professor of Politics and Sociology where he was an influential figure and where he built his reputation as theorist of democracy (with books such as Models of Democracy 1988, Political Theory and the Modern State 1989 and Prospects for Democracy 1993) and demonstrated the entrepreneurial spirit which so characterised his career with the his co-founding with Anthony Giddens and John Thompson of Polity Press in 1994. Polity proved a huge success as a source of cutting edge social science books at affordable prices and as a publisher of English translations of most of the great contemporary European social and political theorists such as Bourdieu and Habermas.

Whilst Tony Giddens was Director of LSE it was no surprise that David would join him. David came to LSE in 1999, first as a visiting professor and then as the successor to Brian Barry in the newly titled Graham Wallas Chair. Two more different characters would be hard to find – Brian was a conduit for American Political Science to reshape political theory in the UK, whereas David, despite his graduate training at MIT, was deeply connected to the European Tradition of Social and Political Theory. For Barry the paradigm was John Rawls, for Held it was Jurgen Habermas. Yet in many ways they were very similar in their social democratic approach, cosmopolitanism and their commitment to the value of social science research for the public good.

At LSE David continued to be entrepreneurial, founding programmes such as the MSc in Global Politics, founding and directing the Centre for Global Governance, leading the Ralph Miliband lecture series as a major public lecture programme for leading social and political theorists, and for intellectually engaging practitioners and public intellectuals. All the while David kept up a prodigious publication schedule that shifted its focus in the ‘noughties’ towards the theorisation of Globalisation and its implications for Cosmopolitan political theory and for Global Governance in such works as Global Transformations 1999, Globalization/ Anti-Globalization 2002, Global Covenant 2004 and Cosmopolitanism: Ideals and Realities 2010. He almost single-handedly, (he did have some close collaborators) built a subject of enquiry and a sub-discipline. In the way of all academic success stories he attracted critics but he usually managed to bring them around to his conclusions with his personal charm and engaging manner, or else he incorporated their positions into a higher synthesis which advanced his own work. David was a builder, not a demolisher and he was more concerned about informing progressive politics than being the smartest man in the room, although he often was.

His departure to Durham in 2012, where he became master of University College, was a sad loss to LSE. His career continued to flourish with the success of the journal Global Policy, which began at LSE but took off during his time at Durham. He remained in contact with many LSE scholars, but David’s stage was always Global so he was not constrained by the move. The announcement of his sudden death is a shock and cause of deep sadness to many who benefitted from his personal kindness, his intellectual stimulation and his mentorship. He added considerably to the life of LSE and will be remembered fondly by very many students, colleagues and friends.