France and Germany have announced big recovery plans. Simeon Djankov (LSE) looks at what they have in common – and what’s missing from both.

France announced its COVID-19 recovery plan, France Relance, in early September. The plan shares several features with Germany’s plan, which was announced three months earlier, and a shared vision for overcoming the crisis. The focus on green investment may be a useful example for other countries like the United States, which has yet to announce a recovery plan.

First, the size of the proposed package of measures is similar in both countries (in France €100 billion, or 3.7% of GDP; in Germany €130 billion, or 3.8% of GDP). The German package may actually be relatively smaller once properly calculated. In particular, the tax deferrals to businesses were already budgeted in April, while fiscal transfers to local authorities would automatically happen in France and should be netted out.

These recovery plans follow previous crisis response packages, announced by the two governments at the outset of the pandemic. In France, the main feature of the March €110 billion crisis response package was a state guarantee on corporate loans of up to €300 billion to provide a cash bridge to French businesses until December 31, 2020. Additional measures included job retention schemes, deferral of certain taxes and rent payments, as well as help for the travel and hospitality industries. The German €156 billion crisis response package adopted in April 2020 shares all these features, and in addition provides the healthcare system with financing to double the number of hospital beds. Both packages mandate a suspension of insolvency proceedings for one year from the start of the pandemic.

Second, both governments focus on investment in green technologies and use these investments to headline their recovery plan. Nearly a third of the French package (€28 billion) and a quarter (€24 billion) of Germany’s is investment in green transformation. The measures are identical: development of the hydrogen sector, railway network investments, subsidised purchases of electric vehicles, R&D financing for the car industry, and thermal renovation of buildings.

Third, both countries expand further the assistance to workers. Facing a larger projected economic decline in 2020 (10% vs 6.5% in Germany) France is financing job retention, vocational training and education for workers in hard-hit industries with €19 billion. New short-term measures preserve employment and ensure that young people who are entering the labour market can do so in the coming months. These measures include the extension of partial employment assistance; hiring bonuses for young workers and the disabled; and support for employers of apprentices and conversion of apprentice contracts to long-term contracts. Another set of measures finances training for workers who wish to change sectors. Germany is investing in digital technologies (€15 billion) to connect more people to jobs remotely and ease the administrative burden on businesses. Alongside this new digital outreach, the German government announced a further extension of the earlier job retention programme.

Fourth, support for businesses is expanded with tax measures and liquidity support. The reduction in output taxes in France (€20 billion) gives companies, especially those not turning out profits, some breathing room in terms of liquidity. The French government further attempts to increase the liquidity of companies through state-guaranteed loans or equity. These schemes go beyond the assistance provided in the loan guarantee programs announced during the early crisis response period. Germany’s new package for business is worth €21 billion. Business support schemes are envisioned in terms of boosting cash balances through deferred import VAT and more flexible depreciation rules. Larger state contributions to employees’ social security add another €5 billion to the recovery package.

Fifth, linked to these economy-wide measures are proposals which mark a return of industrial policy, exemplified in the support for the hydrogen and car sectors. This feature was already apparent in individual bailout packages by the two governments, for example for Renault in France and Lufthansa in Germany. It is made explicit in the recovery plans, with €1 billion budgeted by France for the reshoring of strategic industries.

An additional element of the German recovery plan is a €39 billion demand boost which features a temporary VAT cut that is estimated to leave €20 billion in the hands of consumers. Other elements include a reduction in household electricity prices, a one-time €300 bonus payment for children, an increase in the single parent allowance and further subsidies for childcare and daycare. A comparable component is missing in the French recovery plan, which instead relies on a mixture of supply- and demand-enhancing measures.

Two notable omissions are apparent in the French and German recovery plans. Neither plan tackles the issue of restructuring corporate debt. Such restructuring will inevitably be needed, and the current insolvency systems in France and Germany may be overwhelmed by a large number of cases once the temporary freeze on bankruptcy cases is lifted. Improvements to the insolvency law are required, to simplify procedures and make it easier for companies to be reorganised. The two governments may need to cancel some deferred corporate taxes and use this cancellation as leverage with commercial banks to roll over and perhaps reduce debt.

Second, neither country offers a contingency plan in case the economy fails to rebound. The German plan to some extent anticipates such a possibility with the temporary reduction of VAT rates. This reduction can be extended in case the economy does not pick up sufficiently. The French government is contemplating some ideas to help demand, but these are not spelled out in the September package.

Posted In: #LSEThinks | Economics and finance | Governance and state capacity | Restructuring business, trade and the future of work 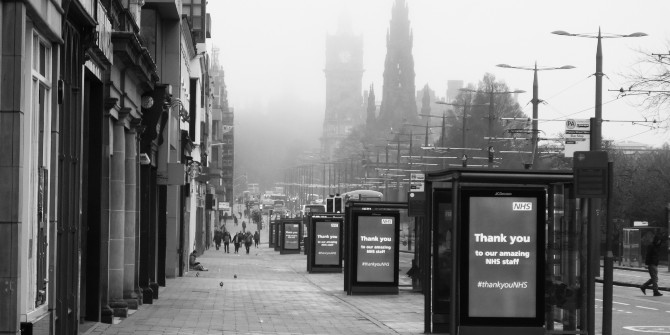 Bad data and flawed models? Fact-checking a case against lockdowns 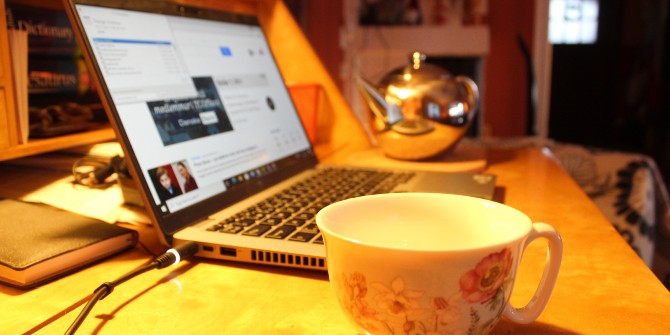