The G20 has been criticised for a sluggish and inadequate response to the pandemic – in contrast to its efforts following the financial crisis. Dimitri Demekas (LSE) says the comparison is misleading. Less ambitious rhetoric and more pragmatic goals would serve the G20 and the global community better.

The COVID-19 pandemic is in many ways the paradigmatic global shock. A “public health emergency of international concern”, as the World Health Organization (WHO) belatedly declared it on 30 January 2020, is by definition an event of global significance. The G20 called it “a powerful reminder of our interconnectedness.” “None of us will be safe until everyone is safe” declared the UN, a hyperbole that has been repeated many times, including in an April 2020 letter to the governments of the G20 nations, signed by academics, experts, and former politicians.

The reality is different. While the infection spread globally, the responses were overwhelmingly local and driven by national considerations. Lockdowns, social distancing measures, and travel restrictions, while all claiming to be guided by the same science, varied widely in their severity and duration. In the early days, countries imposed export bans on personal protective equipment (PPE) and some even seized shipments of PPE transiting through their territory to avoid shortages at home. As vaccine development advanced, governments raced to pre-order vaccines for their own citizens, and today they are focused on vaccinating as many of them as quickly as possible.

At first blush, there seems to be a big gap between politicians’ lofty rhetoric and self-interested action. Are world leaders really so short-sighted, timid, or craven as to shy away from global action to tackle the global challenge of the pandemic? Is the architecture we have built—first and foremost the G20, the pre-eminent forum for international cooperation—insufficient as a vehicle for mobilising global policy coordination? Or is there another explanation?

Collectively, G20 members represent around 80% of the world’s economic output, two-thirds of the global population and three-quarters of international trade. Although it is a deliberative political grouping with no binding decision-making powers, it has enormous convening power and political weight. And since its member countries dominate the boards of international financial institutions and transnational regulatory networks, such as the Financial Stability Board (FSB), they can turn political consensus into action. This was highlighted in the aftermath of the global financial crisis, when the G20 launched a raft of global financial sector reforms, using peer pressure, the FSB, and the IMF to drive implementation and monitor compliance.

Saudi Arabia took over the rotating presidency of the G20 from Japan in December 2019 with an ambitious agenda to expand further G20 cooperation in new areas, such as water management, food security, digital infrastructure, and space cooperation. COVID-19 forced a reassessment of priorities. However, despite the Leaders’ solemn declaration at the Riyadh summit that “coordinated global action, solidarity, and multilateral cooperation are more necessary today than ever,” the G20 could only agree on a few concrete policy actions related to the pandemic during 2020.

• Owing to deep divisions regarding the performance of the WHO during the pandemic, underscored by the US withdrawal from the organisation in May 2020 (although this has now been reversed by the Biden administration), the G20 could not agree on steps to remedy the gaps in global pandemic preparedness and response revealed by COVID-19.

• The only multilateral health initiative, the Access to COVID-19 Tools Accelerator (ACT-A), was set up not by the G20 but by France, the European Commission, the WHO, and The Gates Foundation in April 2020. Although it was subsequently welcomed by the G20, the ACT-A remains a separate initiative for developing COVID-19 diagnostics, therapeutics, and vaccines (the latter also known as COVAX). Despite its ambition, however, the ACT-A has so far made a negligible contribution.

• With one important exception, the economic and financial response measures included in the G20 Action Plan were a collation of (uncoordinated) national fiscal and monetary policy actions. Although some advanced economy central bank policies may have positive spillovers to emerging markets, they were not undertaken in the context of a coordinated response. The exception was the Debt Service Suspension Initiative (DSSI) that allows eligible low-income countries to suspend their debt service payments to official bilateral creditors to provide fiscal space for more health expenditure. Originally granted until end-2020, it has been extended to June 2021. The DSSI has been criticised for its narrow focus: it does not cover borrowing from multilateral official creditors, like the World Bank, and—crucially—from private creditors (although the G20 encouraged private creditors to participate on comparable terms). As a result, almost half of the 73 eligible countries have not used it, concerned that it might jeopardise their market access. Still, the DSSI was a concrete collective measure that only a forum like the G20 could implement.

• The “G20 Actions to Support World Trade and Investment in Response to COVID-19” announced by the G20 trade ministers in May 2020 was a step to protect the multilateral trading system—also a global public good—from unilateral disruptive actions. It commits G20 members to ensuring that “emergency trade measures” are “targeted, proportionate, transparent, temporary, […] protect the most vulnerable, do not create unnecessary barriers to trade or disruption to global supply chains, and are consistent with WTO rules.” Though only  a statement of intent, it sent an important political signal.

Clearly, the G20’s record in the face of the pandemic is uneven: there were some welcome multilateral measures in the economic and financial front, but also missed opportunities. Does this amount to a comprehensive G20 “failure,” as some critics have claimed? The answer depends on what one should realistically expect from the G20 when faced with a challenge like this.

We know (Raman et al, 2016) that for multilateral policy coordination to work, a number of preconditions must be met. There must be agreement on the diagnosis and the solutions; each party’s actions must be incentive-compatible (the benefits of cooperation should be higher than the benefits of reneging on commitments); and, as in all games with durable non-Nash strategies, there should be a way to monitor compliance and enforce commitments. In the absence of an enforcement mechanism, repeated games may increase incentive compatibility through peer pressure.

The situation created by COVID-19 does not meet these conditions. The problem was unprecedented, not part of a repeated game. Most of the proposed cooperative actions were not compatible with individual governments’ incentives: national leaders were not short-sighted, timid, or craven, but simply aware that their primary responsibility is to protect their own citizens. Despite the pious rhetoric that “no-one is safe until everyone is safe,” the reality is that the benefits of national public health measures (lockdowns, social distancing, travel bans, vaccine purchases and distribution) and economic support accrue first and foremost to the residents of individual jurisdictions. Hence the relentless comparisons in the press of different countries’ “models” of dealing with COVID-19, the large national programmes to fund vaccine development, and the race among countries to secure vaccines for their own citizens. This is not a retreat into nationalism but a recognition of reality.

It is a mistake to compare the multilateral response to this pandemic to the financial sector reforms spearheaded by the G20 after the global financial crisis and conclude that this time, the G20 failed. The responses were different because the challenges were different.
First, the cross-border integration of financial sectors meant that no country could pursue the necessary reforms alone: concerted action among the largest possible group of countries was necessary, and limiting free riding was incentive-compatible. This was not the case with the public health and economic response to the pandemic.

Second, strengthening the financial sector against future crises, while controversial at the time, was far less costly than fighting the pandemic. Many of the public health measures, as well as the burden of the extraordinary fiscal support extended by most governments in 2020, involve a degree of coercion that has been unprecedented in peacetime and impose substantial costs on current and future generations. Only national governments have the authority and legitimacy to take such steps, with a measure of accountability to their citizens.

To be sure, there are some aspects of the response to the pandemic that are global public goods, on which multilateral cooperation is necessary. These include timely cross-country sharing of information, samples, and research; establishing protocols for reporting outbreaks; coordinating cross-border travel restrictions to make them more predictable and effective; ensuring the smooth operation of global trade and supply chains; and avoiding beggar-thy-neighbour economic policy responses. And while perhaps not a global public good per se, there is also a compelling argument for helping low-income countries strengthen their national health systems and easing the economic impact of the outbreak on their populations.

Seen in this more realistic light, the multilateral response to the pandemic, while short of ideal, was better than critics have alleged. The bulk of the public health and economic policy response remained—appropriately—the responsibility of national governments. The G20 took steps to ensure the transparency of these actions by compiling the G20 Action Plan and asking the IMF to report on its implementation; signalled its intent to limit unilateral actions that would disrupt global trade; and provided immediate financial relief to low-income countries in the form of DSSI, although the latter arguably did not go far enough. But the G20 failed to follow up on the Leaders’ pledge in March 2020 to launch a global initiative to strengthen preparedness and response capacities for future pandemics. This was perhaps the biggest missed opportunity for the G20 to promote a genuinely global public good that no other multilateral agency or institution has the political heft to deliver. It is to be hoped that a recent initiative by the Italian presidency will meet with greater success in 2021.

Finally, although this record is mixed, it should be recalled that it was accomplished in the context of a particularly antagonistic global political environment and the distraction of a contentious US election and its messy aftermath.

Our global governance arrangements, and the G20 in particular, leave a lot to be desired. But the frustration at the apparent weaknesses in multilateral cooperation and the urgent calls for the G20 to “do more” are not always justified. Different problems call for different mixes of national and multilateral measures. A closer examination of the nature of the challenge and a better appreciation of what our global institutions are and are not in a position to deliver would lead to more realistic expectations and a more balanced appraisal of their performance.

This post represents the views of the author and not those of the COVID-19 blog, the LSE nor the Saudi G20 presidency, to which he was a senior adviser.

Dimitri G Demekas is a Visiting Senior Fellow at the Institute of Global Affairs at the LSE and an adviser to a number of governments and international organisations. He was a Senior Adviser to the Saudi G20 Presidency during 2020. 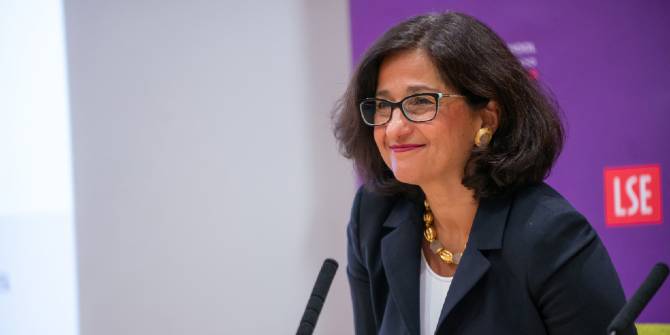 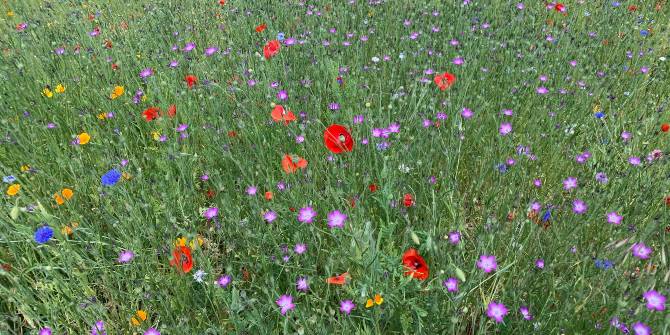 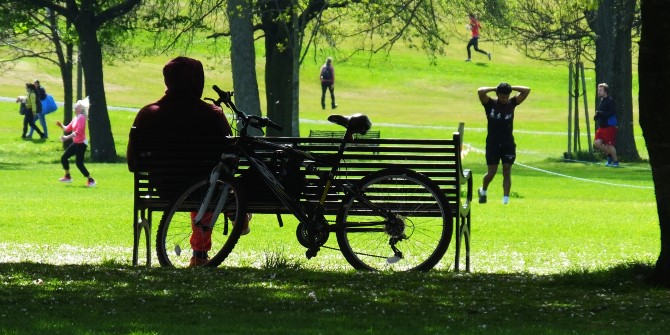