Rebecca Elliott (LSE) explores the appearance of generational ideas on Twitter, where users diagnose a breakdown of relations between old and young that has resulted in intergenerational discounting when it comes to dealing with the pandemic and climate change.

In the summer of 2021, a group of around 150 demographers and social scientists sent an open letter to the Pew Research Center, one of the leading US public opinion and demographic research institutions, asking it to “stop using its generational labels (currently: Silent, Baby Boom, X, Millennial, Z)”. Pew has, in the last few years, published several reports and summaries based on these generational definitions, such as Gen Z, Millennials Stand Out for Climate Change Activism, Social Media Engagement with Issue; What We Know about Gen Z So Far; and Boomers, Silents still have most seats in Congress, though number of Millennials, Gen Xers is up slightly.

The letter enumerated many reasons to dispense with such labels. It argued that they cause confusion and lead to crude stereotyping (such as millennials spending all their money on avocado toast), which does not inform reasoned public discourse. More importantly, perhaps, naming generations and fixing their birth dates promotes pseudoscience and impedes social scientific research, which needs sound cohort and life course analysis. The divisions between generations are arbitrary and have no actual scientific basis, in the view of the letter’s signatories.

Even if Pew stops defining and labelling generations (Pew’s response, according to the letter’s author, sociologist Philip N Cohen, was a plan to have “internal discussions about generational research”), even if these labels are no longer, or never were, empirically defensible or analytically useful, they are nevertheless important social and political fictions. Indeed, this is in part why the demographers are so worried about them. Another group of social scientists have begun in recent years to explore this, setting aside the question of what generations really are, to ask instead what do generations do? What kinds of work do generational ideas do in public discourse, and in social and political life? That the baby boomer, millennial, Generation X and Generation Z labels mean something to people itself warrants examination.

The baby boomers are perhaps the best example of a generation that has “been watched, commented upon, and invested with hope and despond in equal measure”, in the words of sociologist Jennie Bristow. Bristow’s work has looked extensively at how this particular generation has itself become a social problem, with “boomer blaming” now a popular way to explain (and, she argues, misrepresent) everything from the strain on the welfare state to Brexit. The sociologist Margaret Somers has similarly documented how the boomers are framed as “greedy geezers”, saddling their children with a mountain of national debt that must be serviced at the expense of collective investments in education, job training, and other programmes that benefit the young.

It isn’t the Pew Research Center making these claims, but rather public figures politicians and pundits – who write op-eds and books with wide circulation and who shape broader understandings of generations as both real and, in this case, blameworthy. The sociologist Jonathan White diagnoses the ubiquity of generational ideas in social life as generationalism, which has become “the basis for far-reaching explanations and cultural diagnoses that soar over historical detail”. It’s perhaps easy to blame the boomers, but harder to reckon with the complex political structures and choices that produce social problems.

But it’s not just political and media elites who take up and deploy generational ideas, and it’s not just the generations themselves that have become social problems. It’s also members of the public on social media who speak in generational terms, and it’s the relations between the generations that have become the problem. In new research, I explore the appearance of generational ideas on Twitter, where users diagnose a breakdown of relations between old and young that has resulted in intergenerational discounting when it comes to dealing with the pandemic and climate change.

My analysis of over 9,000 tweets posted in March 2020, when the pandemic was first taking hold, found that Twitter users linked the two crises together, in part, by expressing the idea that if, at the time, the young were not taking the pandemic seriously (recall viral videos of spring breakers in Florida), this was a due comeuppance for their elders for not doing enough about climate change. This intergenerational discounting fed into the emergence of the “boomer remover” meme, where COVID-19 might get the boomers out of the way so that younger generations could make progress on climate change, among other social issues.

So what do these generational ideas do? In the first place, this perceived breakdown in reciprocal obligations of care serves to morally link the two crises together, where the malign neglect by one group justifies that of the other. Intergenerational discounting also elides important intersectional inequalities that shape the conditions people face, even people who were born in the same year or cohort. While it is broadly true that today’s young adults and children will face much more dire planetary conditions than their elder relations, intragenerational differences of class, race, gender, nation and region profoundly shape who will face the most significant forms of loss as the climate changes. The impacts of COVID-19 – and the economic recession in its wake – have also shown considerable socioeconomic and racial disparity.

Intergenerational discounting obscures this relevant diversity, which risks caricaturising and mystifying the causes and conditions of crises, turning them into “the problem of people” rather than connecting them to, in this case, what might otherwise be interpreted as failures of leadership, international cooperation and coordination, and regulation. People may criticise the moral failures of their (abstracted, caricatured) elders or juniors, rather than recognise that we are all enmeshed in political and economic systems that have allowed powerful actors to slow progress on stemming both climate change and the spread of COVID.

We see then that generational ideas, and generational labels, are alive and well in public life. People draw on these labels to make sense of social problems, identify heroes and villains, and justify claims about who ought to do what in the face of emergent and shared challenges. Even if social scientists come to reject such labels, we should still pay attention to how they become enrolled in sense-making and tethered to political projects.

This post represents the views of the author and not those of the COVID-19 blog, nor LSE. It first appeared in the Sociological Review and is republished here with the permission of the author.

Rebecca Elliott is Assistant Professor of Sociology at LSE. Her research examines the material and symbolic significance of climate change across an array of empirical domains. She is author of Underwater: Loss, Flood Insurance, and the Moral Economy of Climate Change. Twitter: @RebsFE

Posted In: #LSEThinks | Inequality and social infrastructure | The experience of young people

Britons are less divided than you might think, but we need to start listening to each other March 30th, 2021 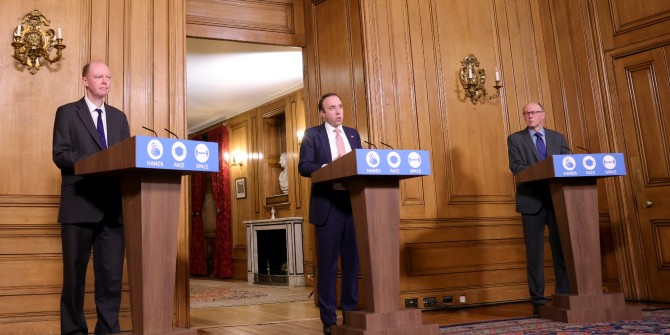 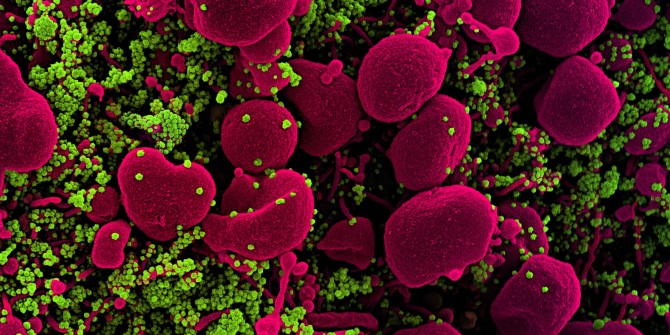