The Netherlands’ highest court has ruled that COVID-hit businesses should be able to claim rent discounts. This represents a failure by economists, argues Tsjalle van der Burg (University of Twente). Given the government has controlled the output of sectors like hospitality during lockdowns, more muscular central government policymaking would have been fairer and more appropriate.

In a landmark ruling, the Netherlands’ highest court, the Hoge Raad, ruled in December that the rent paid by Dutch shops and hospitality firms should be discounted when their revenues fall due to lockdowns or other COVID-19 measures. According to the model provided by the court, the percentage of the rent discount should depend (among other things) on the decrease in revenues. This verdict is very welcome. Although some owners and tenants had mutually agreed upon rent discounts on a voluntary basis, others could not agree. Last year several lawsuits were in progress, and judges did not always agree. The highest court has now provided the clarity that was needed.

Still, it is unfortunate that there was no clarity at an earlier stage. Many tenants have faced uncertainty about their rent over the past two years — and, as it now turns out, some have paid too much. This will have led to suboptimal business decisions, and probably to company closures too. The verdict also raises new questions. For instance, if a shopkeeper has a mortgage, should the repayments be cut?

Outside the legal authorities, the Dutch government has completely neglected the question of rent discounts. Instead, it has provided subsidies for the fixed costs (of which rent is one) of firms hit by COVID measures. Although these subsidies are helpful, their effects are now unexpectedly altered by the Hoge Raad verdict. According to the court’s model, the rent discounts can be relatively low because of the existing subsidies. The underlying assumption is that the subsidies enable firms to survive lockdowns more easily, implying that they only need relatively small rent discounts. Therefore, part of the subsidies is going (indirectly) to landlords, which was not the intention at all.

A more general problem is this. The Dutch court has taken a decision which is based on principles of justice (of course), but not on a full analysis of the effects on the economy. One reason may have been that economists have not yet, as far as I know, analysed rent discounts in the context of COVID, although I did tackle the subject for LSE COVID-19 in May 2020.

Because of the pandemic, the Netherlands has, to some extent, had a centrally planned economy over the past two years. For instance, the Dutch government decided that pubs should close for several months. During another month, they were not allowed to serve after 5pm, and in others various capacity constraints were in place. In quite a few other sectors, too, the central planner has determined whether firms were allowed to operate, and if so, how and how much. Indeed, it looked a bit like the old Soviet Union.

If you go that way, you’d better do it well. This means governments should investigate what exactly is the best combination of free market rules and central planning rules, and where exactly the two should align. For every measure to curb COVID, they should analyse the effects on economic outputs and prices. Subsequently, you should investigate whether supplementary measures are needed. Here, planners need not only to think about financial support, but also about price controls (among other things). This is how the government of a centrally planned economy operates.

So, for instance, when a government decides to set production in the hospitality sector at zero, it should also consider introducing an (emergency) law imposing rent discounts. The percentage of the discount should not (only) depend on principles of justice, but on what is best for the economy. In my 2020 essay, I argued that this could mean the discounts were relatively high. Indeed, my suggestions were higher than those suggested by the Hoge Raad. I also argued that there could be serious cuts in, among other things, the salaries of football players who were not playing, while the lease price of grounded planes could also be reduced. Of course, these are issues for debate. Unfortunately, economists have neglected the subject until now.

Of course, the government can also continue its present policy of not introducing price controls itself, and waiting for the courts to give new and useful verdicts. The spectators would certainly enjoy a decision on whether the salaries of football players who play to empty stadiums (as they are doing in the Netherlands now) should be cut — and also because this means that the wage subsidies can be reduced. But in general it is much better to prevent new ad hoc court rulings by pre-emptive action.

The government should formulate and implement an overall plan for price controls. This could strengthen the economy. It would also make it possible to significantly reduce government support to firms hit by COVID measures, and spend the money more usefully elsewhere. Of course landlords, top football players, and shareholders in leasing companies would not appreciate the decision — but the strongest should carry the heaviest burden when it comes to supporting the economy during this and any future pandemics.

Posted In: Governance and state capacity | The macro economy 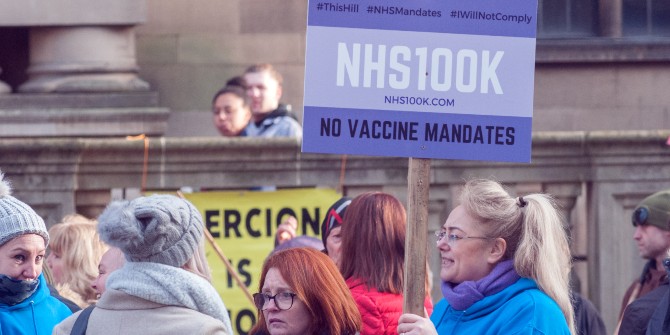 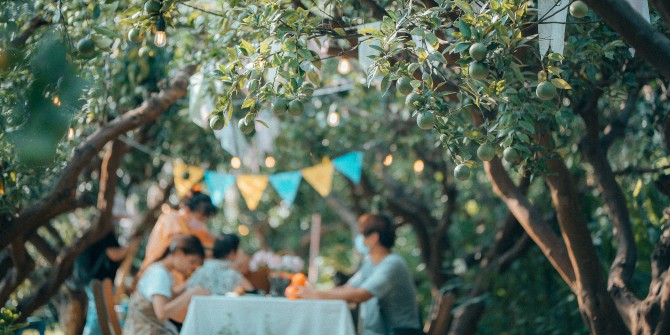