As cities grow, their formal boundaries often no longer reflect their true size and influence. Nuno F. da Cruz (LSE) argues that in an age of uncertainty and emergencies, we should pay serious attention to how we re-scale urban governance, and how to do it in a democratic way.

Emergency as the ‘new normal’

Complex global emergencies such as climate change and the current pandemic threaten to erode the cultural, civil, political, and economic stability of our societies. They are long, interrelated emergencies which are political in nature, mostly beyond social memory, and characterised by a high degree of uncertainty. These emergencies require very different governance approaches from more familiar crises such as natural hazards and contained disasters. This means that subnational governments are increasingly being asked to handle threats that are fundamentally different, in scope and in scale, to those of recent decades.

Cities and regional governments are at the frontline of emergency response. Typically leaner, more agile, and more attuned to citizens’ needs and aspirations than central governments, local governments tend to be innovators. They were the among the first to declare climate emergencies, and they have since done so in very large numbers.

However, they face unique governance challenges when mounting both strategic and radical responses to these fast-changing circumstances. Their resources are often severely constrained, and they do not have the borrowing capacity or budgetary flexibility of national governments to finance unexpected shocks. They have limited legislative and enforcement powers. They must coordinate strategy and operational action with higher tiers of government, often managing information gaps and political rivalries. And they have no authority beyond their administrative boundaries.

More often than not, ‘cities’ have little regard for administrative borders. In other words, the contiguous territories where vast numbers of people live, work, and play evolve more or less organically. Whether because of rapid population growth and expansion of urban areas (such as in sub-Saharan Africa and south-east Asia) or centuries of densification and deployment of urban infrastructure (as in Europe), administrative boundaries are often unable to catch up and match the ‘functional urban areas’. For some, these areas are the true cities — not the areas delineated by mostly arbitrary or artificial edges. A territory is defined by the cultural, economic, and social relationships that occur within it. Others refer to them as metropolitan areas, or large human settlements surrounding one or more core cities. Regardless of how they are defined, the fact is that, with jurisdiction over a population of about 230,000, the Mayor of Porto, for example, will struggle to design and implement policies that encompass an urban population which is six or seven times larger than that.

This is not to say that administrative borders must change, or that the government of the core city should have jurisdiction over the broader urban territory. Effective and democratic coordination mechanisms between the municipalities within that territory is certainly needed, but this can — and some say should — be achieved without the consolidation/merging of local authorities. But even where these inter-municipal cooperation mechanisms or institutions exist, they tend to have few powers and responsibilities. This lack of coordination and integration of sectoral and territorial policies is bound to lead to dysfunctional governance frameworks. For example:

The scant attention paid to the notion of ‘metropolitan areas’ or ‘urban territories’ means that the data that we have at this scale is poor. And this dearth of information hides crucial socio-economic and spatial dynamics and inequalities. Furthermore, like urban areas, viruses, extreme weather events and other complex emergencies do not care much for municipal boundaries. To adapt to the intractable challenges of the 21st century, our cities and regions will need the appropriate territorial governance and integrated strategic management.

But to reform our governance systems, we will first have to generate data at the metropolitan scale. Delaying action in this arena is risking our democracies. Policies rolled out to combat COVID-19 (e.g., mandatory face coverings, vaccine passports) were perceived by many as unacceptable interferences in personal liberties. But these will be ‘small change’ when compared to the potential for authoritarian intervention in the face of climate catastrophe.

Going forward: what scale for what problem?

As territories change through time in their spatial, social, economic, and environmental dimensions, so should governance. And, in fact, it does. The re-scaling of urban governance — whether through deliberate reform or exogenous forces — has been acknowledged and documented. But when it comes to how this should be done, what responsibilities should be organised or coordinated, and at what scale, there are few guide ropes available to legislators and policy-makers.

Within the European Union, the subsidiarity principle provides a useful direction of travel — but only in a high-level, conceptual way. It does not stipulate which competencies should be allocated to municipalities in the education sector; or whether neighbourhood-level institutions should be entrusted with street design; or whether solid waste management would be better governed at the regional scale. This is obviously for the best. Technocratic governance is yet another gateway for democratic backsliding. Besides, since the conditions that lead to governance re-scaling are dynamic and often unpredictable, a neat, clear-cut allocation of responsibilities across all scales of governance would be futile. A better way would be to set up multilevel governance systems that can adapt to change, and to do so with political buy-in, authority, and democratic legitimacy.

All that said, it is unclear whether cities and regions are in a position to ‘save the world’. They may not be the optimal scale(s) or have the right attributes to face the Age of Emergencies and carry out the necessary reforms. It might be that the hope invested in cities and metropolitan areas is more due to disappointment with nation-states and their nonexistent or sluggish response to these intractable challenges than to the real capacity of urban areas and local governments to take on these responsibilities. Yet territorial approaches to governance should free us from the usual institutional constraints and provide a platform to think about the future creatively. Rather than solutions that aim to suppress uncertainty and complexity, we need approaches that enable us to live with them.

This post represents the views of the author and not those of the COVID-19 blog, nor LSE. It is based on da Cruz, (2022). ‘Metropolitan governance in the age of emergencies’, in Méndez Romeu, J.L. (Ed.) Urban Development in the Post-Covid Era, Vigo: Eixo Atlântico, pp. 173-178.

Posted In: #LSEThinks | Environmental sustainability and climate change | The future of cities

How to measure good growth: some advice for Sadiq Khan May 27th, 2021 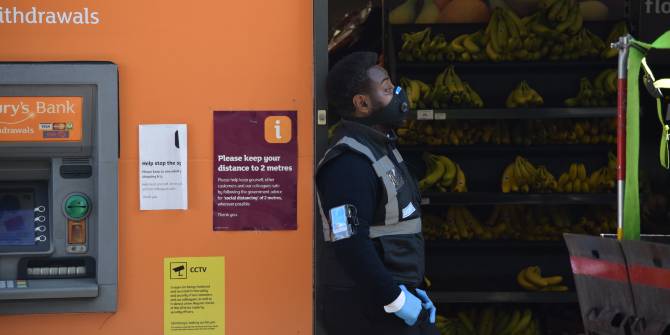 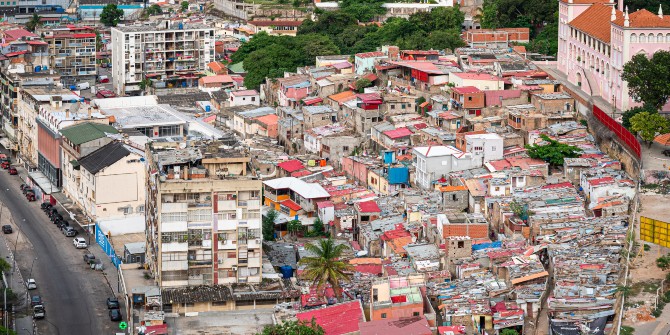 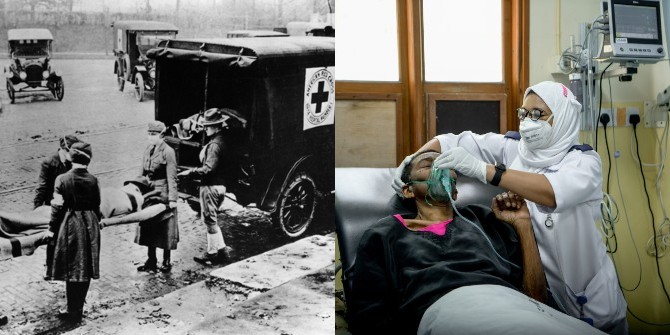