In his first major speech after taking over as President following the assassination of his father in January 2001, Joseph Kabila put police reform in the Democratic Republic of the Congo (DRC) firmly on the political agenda. In 2003, along with army reform, it became a key part of the Sun City peace agreement and the following year, police reform started in earnest. Training is a central pillar of Security Sector Reform (SSR) and one which—despite its clear limits—is often credited for its capacity to affect behavioural change amongst security actors.

However, in the Congo, a state commonly referred to as conflict-affected, corrupt, weak or fragile and lacking the necessary funds and capacity, comprehensive police training is quasi-absent. Conditions to transform the police with its troubled past as a tool of violent oppression into a community-orientated police de proximité (Proximity Police) close to the population and responsive to its security needs, is therefore a major challenge. In this context, police training is best understood as a process of bricolage or the act of deconstructing and recombining past and present parts and pieces to create something new (Lévi Strauss 1962; Cleaver 2002; Johnson 2012). An amalgam of bricoleurs, be this the Congolese government, its international partners or the police themselves, each of whom grapple with the realities of governance, draw on a variety of practices and resources to patch together as best they can a new form of police training within the Police Nationale Congolaise (PNC, Congolese National Police), commonly referred to as recyclage (recycling). This often short police training targets those who are already in the police and aims to retrain them, or strengthen key aspects of police work. As a police officer put it, “Thanks to recycling, we are filling the void.”1 This essay is based on a longer Congo Research Brief by the Social Science Research Council, Ghent University and their partners.

Police culture and work logics in the Congo, however, seriously obstruct efforts at retraining. Extraction and survival lie at the heart of both and have led to the development of a range of pervasive revenue-generating practices that undermine reform principles. For example, rapportage (reporting) puts pressure on police officers to pay a certain amount of money to their superiors, usually on a weekly basis, which in turn leads to harassment and abuse of civilians. Less violent revenue-generating mechanisms consist of charging for police services, be this to open a case, to visit a crime scene, or to take a statement. Recycling becomes itself immersed in this complex political economy of police work. As rank-and-file and their superiors try to navigate this economy as best they can, they turn recyclage into yet another variable in their everyday calculations of making a living, to be used, reshaped, or avoided according to their own agendas and priorities.

Two key points emerge from such an understanding of recyclage as bricolage. First, depending on the perks associated with any given recycling, participation can be a considerable opportunity cost for rank-and-file. For them, who spend much of their everyday seeking alternative sources of income to make ends meet, spending a day in an unremunerated recyclage is a serious blow to their daily livelihood. A policeman argued: “Someone who makes trainees sit in a classroom from 8am to 6pm without water, it’s torture what you are doing! Because there is a phrase that says: ‘Don’t do to others what you don’t want to be done to you.’ It is even in the bible.”2 A female colleague added: “So how? I followed the training but we did not receive anything. So tomorrow, I won’t go there, I will go find a person who promised me some money and I will buy something to eat for my children.”3 At the same time, selecting participants for better rewarded recycling can turn into an additional patronage resource used by superiors in return for loyalty. The value of any given recycling is thus carefully calculated by both rank-and-file and superiors.

Secondly, regardless of the political economy of recyclage, turning classroom lessons into policing practice remains a major challenge in a context of scarcity, a police culture geared towards survival and extraction and an institution deeply embedded in a wider societal constellation benefiting those on top at the expense of those at the bottom. One officer said: “Because, across the city [Matadi], they [reformers] put the logo: ‘Police services are free’. But today, while we are working, we have less than nothing. Even to buy paper, it is you yourself who will take out your money to buy it. How will you work in such conditions?”4 A colleague in Bukavu felt abandoned after training: “But unfortunately at work, it is like a child whose mother gave birth to him and then abandoned him in the hospital bed. That’s us, the Proximity Police.”5

Ultimately, many police lessons remain inapplicable in a police system where superiors expect kickbacks, and rank-and-file do not earn enough to make ends meet. Police culture is any classroom’s ultimate reality check. As lessons struggle to change cultural norms in a work place, they have to attempt to co-opt them as best they can in order to make them work in their favour.6 And here, existing police practice ought to be the starting point of all training. This does not mean that police training wastes donor aid or is a lost cause. By better understanding everyday practices of police training, potential avenues for change can be uncovered. One such change could be to appreciate the crucial role compensation and material perks play in the motivation of the rank-and-file to actively participate in and stay attentive during class. They also make them feel valued in their work, which further adds to their performance levels. Providing such perks, then, should stop being seen by donors as a risk, a question of ethics or a government responsibility. Rather, it is a condition for successfully reforming a police service in dire needs. Providing compensation in return for participation may be change at a small scale, but change nevertheless, with a direct impact on police officers’ and trainees’ professional and private lives. 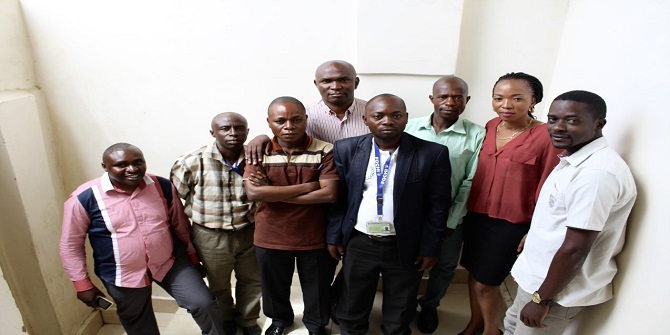