Transnational Conflict in Africa: A New Field of Study and a Shift in Policy Priorities

Transnational Conflict in Africa: A New Field of Study and a Shift in Policy Priorities 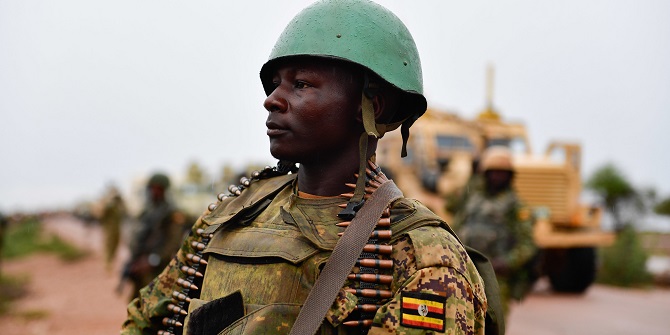 It’s rare in political science to be able to say, authoritatively, that an extensive sub-field of study has been operating under a false assumption, and that there’s an adjacent sub-field that has been almost entirely neglected. But this is the case with civil war and transnational/inter-state war in Africa. A Google Scholar search for the terms ‘civil war’ and ‘Africa’ turns up 2.4 million items, and at the head of the list are some of the most influential books and papers on African conflict over the last 25 years, written by among others Paul Collier and Nicholas Sambanis. By contrast, ‘interstate war’ and ‘Africa’ has a meagre 92,000 results, and most of those (to judge by the first few pages) are only making passing reference, or are concerned with why these kinds of war are so rare.

A paper in the Journal of Modern African Studies by Noel Twagiramungu, Allard Duursma, Mulugeta Gebrehiwot and myself, entitled ‘Re-describing Transnational Conflict in Africa’ stands the conventional wisdom about armed conflict on its head. We systematically revisited the main datasets used for quantitative research on African conflicts, and created a revised dataset that codes conflicts for their level of transnational involvement. What we find is that most armed conflicts in Africa have a significant transnational element.

Of course, every specialist in a country or region, and every historian, doesn’t need to be told this. And one of the reasons why researchers who study individual conflicts in detail tend to be skeptical about quantitative studies is that whenever they turn to the most commonly-used datasets, they immediately notice errors and omissions. Their reaction to the coding used by, for example, the Uppsala Conflict Data Program, is: ‘This may be more-or-less valid for other places but it’s not an accurate depiction of the country I know.’ What we did in compiling the Transnational Conflict in Africa (TCA) dataset, was to generalise this kind of commentary for the whole African continent and for the entire period from 1960 to 2015. What we found is that while conventional wars between African states are indeed rare, proxy and covert wars are exceedingly common. In fact, exclusively internal wars are the exception.

We categorised transnational political violence into covert wars, militarised disputes, support to state and non-state belligerents in ‘internal’ war, and sponsorship of coups d’état and the suppression of coups.

The paper in JMAS sketches how research agendas should change as a result. The policy memo points to some of the policy challenges that arise. Most important is a change in policymakers’ awareness and priorities. The structuring of peace negotiations, the design of peace support operations, the planning of post-conflict reconstruction including security sector reform, and engagement with Middle Eastern countries’ security policies towards Africa, all demand that the transnational dimension to African conflicts should be borne in mind.

Posted In: Africa | Peace and Security