With Mario Monti’s technocratic government, it is not just the idea of party government which is being damaged in Italy, but the very idea of the political party’s role as an indispensable agent of democracy.

With Mario Monti’s technocratic government, it is not just the idea of party government which is being damaged in Italy, but the very idea of the political party’s role as an indispensable agent of democracy.

Silvio Berlusconi was Italy’s longest-serving prime minister since Benito Mussolini, and his resignation was a turning point in modern Italian history. Duncan McDonnell argues that his successor Mario Monti’s government marks an era of ‘democracy without choices’. He believes that Monti’s technocratic government damages the very idea of the political party’s role as an indispensable agent of democracy.

Party government was formally suspended in Italy on 18 November 2011. On that day, less than a week after Silvio Berlusconi’s resignation, a new government led by the former European commissioner Mario Monti received the support of the Chamber of Deputies, with only the regionalist-populist Lega Nord (Northern League) voting against it. By an overwhelming majority, all but one of Italy’s parliamentary parties approved a government that contained not a single party representative or elected parliamentarian.

Italy of course was not the only EU member state to change its government in November 2011. The Cannes G20 summit at the start of that month had marked the beginning of the end not only for Berlusconi, but also for George Papandreou who resigned as Greek prime minister on 10 November. In fact, all five countries of the unflattering PIIGS acronym – Portugal, Ireland, Italy, Greece and Spain– saw new governments take office during 2011. In three (Ireland, Spain and Portugal), these were the products of elections, with the incumbents in each case suffering heavy defeats. In Italy and Greece, events and outcomes may appear similar at first glance, however there are important differences. In Greece, the former vice-president of the ECB, Lucas Papademos, became prime minister of a cabinet composed almost entirely of representatives from the two largest parties: PASOK and New Democracy. Moreover, his remit was primarily to steer the country through its latest bailout ratification and up to early elections in the first half of 2012.

His government can be seen as a ‘national unity’ caretaker government, a temporary grand coalition of the main parties, led by a technocrat. In Italy, the situation is very different: Monti’s is not a ‘caretaker government’ (as the BBC and the Financial Times initially argued) and nor is it a grand coalition. Rather, it is a technocratic government containing not a single party representative which has been put in place with the task of introducing a range of major reforms over a period of a year and a half. Indeed, should the Monti government survive (as intended) until at least 17 March 2013, it will become the second-longest serving technocratic government in post-war Europe, ahead of Lamberto Dini’s administration in 1995-1996 in Italy, and surpassed only by Lyuben Berov’s administration in transition-era Bulgaria between December 1992 and September 1994 (which, unlike Monti’s cabinet, did however contain a handful of party representatives).

One could argue of course that the principal difference between the new government in Italy and that in another PIIGS member Ireland(to take just one example) is that Irish parties have simply been able to ‘keep up appearances’. In other words, it perhaps makes little difference who is in power in either country since the narrow lines within which these governments can act are drawn elsewhere (and those actions are then monitored by the IMF and the ECB). Both countries – and they are not the only ones in Western Europe – have to some extent become ‘democracies without choices’ as Ivan Krastev termed those in the Balkans a decade ago. Nonetheless, the fact that in Italy party government has been suspended (for the second time in twenty years) and that this has been so readily accepted by almost all parties does appear significant.

Discussing what parties were still able to do in office, the late Peter Mair wrote in 2009 that the main characteristics of party government could be summarized under the headings ‘responsiveness’, ‘accountability’ and ‘responsibility’, with parties now privileging responsibility over responsiveness. For Mair, ‘responsiveness’ implied political leaders and governments considering and responding to public demands, ‘accountability’ meant them being held to account (as William H. Riker famously put it, the public could ‘throw the rascals out’ at the next general election), while responsibility ‘involves an acceptance that, in certain areas and in certain procedures, the leaders’ hands will be tied’ due to external constraints, that governments ‘are expected to act prudently and consistently’ and that they must live up to commitments and agreements ‘with other governments and institutions’.

What has happened in Italy underlines the importance of ‘responsibility’ for European governments: the Italian parties did not see themselves, and were not seen by others both inside and (crucially) outside the country, as able to produce a stable government which could introduce the reforms demanded. Unable to be responsible, parties therefore had to leave government. As a result, Italy now has a non-party government which can only be responsible. By definition, Monti’s government cannot be either responsive or accountable since it has not presented itself to the electorate on the basis of a programme, contains no members who are parliamentarians or party representatives, and will not (apparently) seek re-election after its term in office is over. Rather, and especially given the circumstances by which it came into power, its remit is that it must be first and foremost responsible.

What does all this mean for the parties? While the Monti government obviously allows them to escape some of the blame for painful measures, the abandonment of government and (with the exception of the Lega Nord and the small Italia dei Valori party) opposition is not cost-free. Surveys show that party identification is declining sharply and trust in the parties generally has fallen to under 10%. Indeed, in one poll, 47.9% of respondents agreed with the statement ‘democracy can function without political parties’ while in another only 27% said they would like a party politician as prime minister after Monti. These figures suggest that it is not just the idea of party government which is being damaged inItaly, but the very idea of the party’s role as an indispensable agent of democracy. Having negotiated a suspension of their core business, parties inItaly may find it is not so easy to resume it.

Duncan McDonnell is Marie Curie Fellow in the Department of Political and Social Sciences at the European University Institute in Florence. He is the co-editor of Twenty-First Century Populism (Palgrave, 2008) and has recently published on the Lega Nord and Outsider Parties. He has also recently co-edited the 2012 ‘Politica in Italia/Italian Politics’ yearbook, published in Italian and English by Il Mulino and Berghahn. He is currently working with Daniele Albertazzi on a book entitled ‘Populists in Power’ which will be published by Routledge. 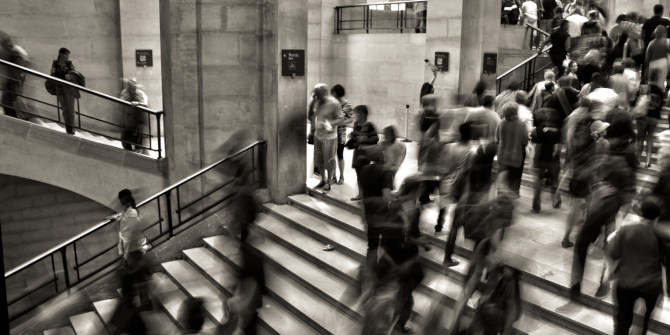