In The Triumph of Cities, Ed Glaeser takes us around the world and into the mind of the modern city – from Mumbai to Paris to Rio to Detroit to Shanghai, and to any number of points in between – to reveal how cities think, why they behave in the manners that they do, and what wisdom they share with the people who inhabit them. Reviewed by Olmo Silva.

The Triumph of the City. Edward Glaeser. Macmillan. March 2011.

Ed Glaeser is Professor of Economics at Harvard University, and is one of the most talented urban economists of our generation. He was among the first to venture down the route of bringing in economics tools to study the functioning of cities. And yet, despite building on years of economic research, his new book is not a tough read filled with economics jargon, equations and statistics. The numbers are there, of course, but so is a vibrant historical perspective which guides the reader through centuries of the rise and fall of cities – from Athens and Venice, to New York, London and Bangalore.

The Secrets of Cities

What are the secrets of cities? In a nutshell, people and proximity. In Glaeser’s own words, “ideas spread more easily in denser places”, and density gives cities an edge over more dispersed places. Entrepreneurial people with bright ideas cluster in urban areas to learn from one another and to realise their potential. And, in a virtuous cycle, cities magnify these people’s talents by stimulating interactions and innovation, and by sharpening entrepreneurial acumen through the forces of competition.

Interestingly, in the age of globalisation and information technology (IT) when everything is just one-click-away, cities are more productive and core to the process of development than ever. As IT has made the ideas we can think of more complex, proximity and face-to-face interactions have become increasingly important in fostering learning and the creation of new ideas. Moreover, global markets imply that what is invented in New York, London or Singapore is sold all over the world, raising the returns to being smart together – i.e. clustering in cities – and inventing the next big thing. So much for the death of distance…

The Dark Side of Cities

Cities have negative aspects too: think of the slums of Mumbai, life in Victorian London, and New York 150 years ago. Crime, congestion, sanitation issues and concentrated poverty are only some of the problems that cities have had – and still have – to confront, while growing and attracting more people. However, argues Glaeser, the presence of urban poverty is a sign of progress: cities do not make people poor! They attract poor people who leave behind rural hardship in search for a bright urban future.

Sure enough, this seems at odds with our perceptions of existence in cities: life in London, New York and Hong Kong is stressful and expensive. However, a growing amount of data suggests that people in cities are not only richer and more productive, but also happier, healthier and living longer. This transformation of cities from places of production to places of consumption and wellbeing does not happen overnight. To prosper, cities need entrepreneurial and educated people, and this applies to the people who are in charge of governing cities too. Indeed, the book presents many examples of successful practices adopted by public officials governing urban agglomerates, as well as cases that turned out to be less of a hit.

The Sunset Boulevard of Cities

Liverpool and Detroit have given us The Beatles and Motown. They have also shined as centres of excellence, thanks to a strategically located harbour (Liverpool) and a world-dominating car industry (Detroit). Yet nowadays they are often associated with urban decline…what has happened? Technology evolved, drastically reducing transport costs and thus Liverpool’s edge as a logistic hub across two continents. The same process of technological change made it possible for Henry Ford to routinise car-production and integrate activities under one single roof in a town-sized plant. While Ford needed the city when learning his trade from other smart entrepreneurs supplying parts and ideas, the company only required abundant ‘cheap space’ when it shifted to mass production: so it moved out of the urban core, leaving it to decline.

These are just two of the many examples of cities on Sunset Boulevard presented in the book. The common lesson is that failing cities are those that have abandoned their core business of attracting clever and entrepreneurial people, as well as their focus on creating ideas. True: some cities have emerged as industrial colossi, but this has been an anomaly. Historically, cities have been made on the fortunes of merchants, with their shrewd, clever and entrepreneurial attitudes. Just think of Amsterdam and Venice centuries ago, and more recently London and New York, as well as the Silicon Valley area and Bangalore, all with their creative sparks of IT genius.

What Have We Learnt?

What is the best way then of making sure cities will continue to prosper? The book contains many clear and well-grounded policy suggestions, although not all will please every reader and policy maker around the world.

First, Glaeser argues for stopping policies that subsidise sub-urban sprawl. These include tax rules that favour ownership of large homes located away from urban centres – such as mortgage interest rate deductibility – and road-building without road-use charging – which encourages long commutes, congestion and pollution. In this, London and the UK are ahead of their times: mortgage tax deductions were abolished in the 1990s and the London Congestion Charge (introduced in 2003) successfully reduced congestion and promoted the use of public transport. Surely enough, as we make suburbs less attractive, we need to make life in cities more appealing. This includes improving urban infrastructures, in particular schools – a prime concern for many urban families – and public transport systems.

The second and more controversial policy recommendation Glaeser makes is to “build up, not out”: skyscrapers with mixed-use space, part offices/part flats, such as The Shard, are the way forward. This is because they increase density – therefore fostering interaction and innovation, and because, perhaps counter-intuitively, high-rise cities are greener than sub-urban sprawl. Think of all those tiny, tightly spaced urban flats, as opposed to those vast, hard-to-heat country-side mansions… Or of those urban commuters packed on a bus, as opposed to sub-urban workers driving alone in their cars along (mainly) toll-free roads.

However, the most controversial policy advice is that the solution to urban decline is to stop worrying about places, and to start focusing on people. At the end of the day, cities are just the people who live there, and making sure they are endowed with a worthwhile education and are able to follow their route to success is what policy should be all about. Of course, they might move out in search of a brighter future: good for them! Still, the best solution for the cities that have been great in the past and are struggling to shine again is to scale down their ambitions and focus instead on improving their people’s chances of success, no matter where this leads them.

Undeniably, these are hard points to sell. Yet the book is a gripping journey through the life and death of cities, convincingly arguing that “our greatest invention(s)” really have the potential to make us all “richer, smarter, greener, healthier and happier”.

Listen to a podcast of Edward Glaeser’s recent talk at the LSE, or watch a video from the event.

This review was originally published on the British Politics and Policy blog on 17th April 2011.

Olmo Silva is Lecturer in Real Estate Economics and Finance at the London School of Economics. 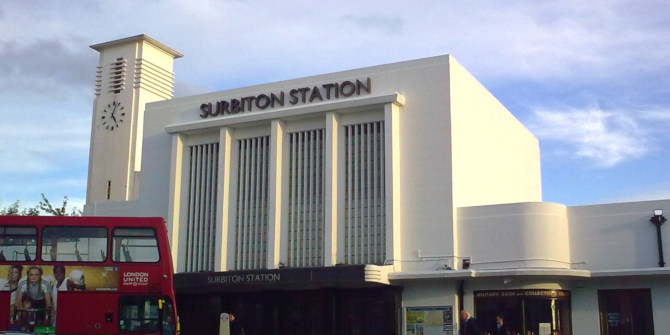 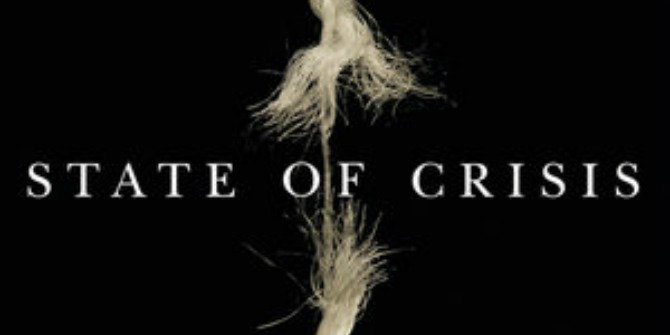