This book presents up-to-date empirical research on crucial questions of political socialisation. The volume maintains that political socialisation is not a universal or independent phenomenon, but one significantly shaped by the surrounding parameters of the society in which it is embedded. Alex Hensby writes that Simone Abendschӧn has assembled a strong collection that should ideally encourage aspiring PhD candidates in politics, sociology and education to open up the study of political socialisation further by incorporating new contexts, debates and methodologies.

As social scientists, it can be easy to take ideas like ‘political socialisation’ as a given. Theorists from Talcott Parsons to Antonio Gramsci have disagreed on whether it represents a functional process of socio-systemic integration or the reproduction of hegemony, but historically there has been little questioning of the idea that family and school represent the principal institutions for equipping us with knowledge, skills and attitudes for engaging in political thought and action. In this sense, political socialisation has become part of social science orthodoxy – a generally accepted, hard-to-contest process likely to be referenced in most introductory textbooks. Indeed, when social scientists sternly trot out that most hoary of old clichés, that political participation (or for that matter, any meaningful social activity) ‘does not take place in a vacuum’, one is sometimes left wondering if the authors truly believe that they must still win over their sceptical readers to this apparently contentious point of view.

Given its familiarity, it would be tempting to assume that there is little left to add to the study of political socialisation. To the contrary, it can be argued that in recent years its assumed institutional foundations have been subject to increasing challenges: not only has the internet and social media challenged sociological orthodoxies about how we access and process political information, the growing significance of transnational levels of governance (and dissent) might lead us to question what institutions and activities we are today being politically socialised into. These questions are at the heart of Simone Abendschӧn’s edited volume, making for a fascinating and necessary interrogation of the contemporary study of political socialisation.

Although the book is divided into eleven chapters, the authors’ contributions tend to fall into one of two broad categories. The first is what one might call ‘classic’ approaches to political socialisation. Over the years, theoretical and methodological constraints have caused a shift towards the study of young adults, which makes the book’s added emphasis on the political socialisation of children under 16 refreshing. Abendschӧn’s own chapter on the formation of children’s value formations points to a dialectical interplay between family and school socialisation: on the one hand, family-inherited values are placed into a broader context through schooling, whilst politicisation through education is framed and interpreted through the values of a child’s parents. This process, of course, also varies according to children’s ethnic origin and socio-economic environment: Gema Garcìa-Albacete’s chapter puts forward a strong defence of citizenship education classes on the basis that they can promote political interest in pupils from disadvantaged as well as advantaged social backgrounds. Certainly, there remains an expectation among pupils that the school should provide formal political socialisation: in their study of Austrian 16 and 17 year-olds, Schwarzer and Zeglovits found that pupils actively assigned schools with the role of providing information on ‘elections, the choices they have, how the system works, [and] the fact that their participation is important and worthwhile’ (p85). 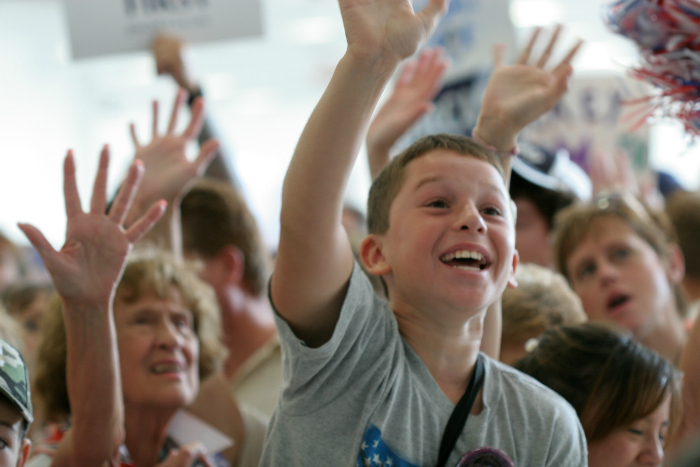 These expectations are perhaps unsurprising given the basic institutional compatibility of civic education and national electoral politics, and it is perhaps the book’s second broad category – that of ‘new’ approaches to political socialisation – that should draw the most interest from readers. The question of political socialisation beyond the nation state is explored in Alexandre Blanc’s comparative study of how school textbooks from selected European countries seek to socialise its readers on the politics of the EU. He finds that despite its progressive emergence as a topic of study in European countries, its introduction and presentation continues to ‘first and foremost to serve national needs’ (p135). Even in France, relatively little focus is paid to the subject compared with national narratives, whereas in Britain it may be unsurprising to learn that presentation of the subject tends to be reduced to a conflict model of basic membership pros and cons. Of course, for intra-EU migrants transnational socialisation represents more than just a political ideal, and in the adaptation to, and internalisation of, their new living and working environments, these mobile citizens become ‘agents of change’ themselves (p196). These experiences form the focus of Ruxandra Paul’s chapter, reminding us that for many citizens political socialisation represents an ongoing, experiential process throughout their lives. On the one hand, migration entails a ‘secondary socialisation’ to the politics of his or her country of destination. On the other hand, balancing this with the maintenance of family ties provides a fresh perspective on the politics of their homeland, especially for migrants from post-communist countries. In identifying the interplay between primary, migratory and transnational socialisation experiences, Paul’s chapter is most effective in opening up the topic’s considerable research potential.

Given the advances made in opening up political socialisation as a contemporary research topic, it is a shortcoming of the book that so little attention is paid to non-institutional political socialisation processes. Indeed, one of the book’s most significant findings comes from Ellen Quintelier’s comparative study of the various competing ‘agents’ of political socialisation. She finds that having frequent political discussions with friends (enhanced by membership of diverse friendship networks) provides the strongest predictor of political participation, whereas the effects of school and media appear comparatively modest. Whilst the use of regression analysis perhaps limits the study of how these agents might intersect, her findings nevertheless appear to endorse a more network-based approach to political socialisation. Such approaches are more commonly seen in social movement studies – the works of Nick Crossley and Mario Diani being most prominent – and it remains a shame that political science research remains generally resistant to more sociological approaches. Moreover, the inability (or unwillingness) to decouple research into political socialisation from formal, electoral politics fields remains a cause for frustration given the often-complementary studies undertaken by scholars of social movements.

These are, of course, gripes that extend far beyond the book itself. It remains that Abendschӧn has assembled a strong collection that should ideally encourage aspiring PhD candidates in politics, sociology and education to open up the study of political socialisation further by incorporating new contexts, debates and methodologies. It might increasingly seem a sociological cliché to state that political socialisation may not take place in a vacuum, but this should not stop us from seeking to explain precisely where it does occur, and the impact such contexts have on citizens’ development as political actors.

Note: This review originally appeared at LSE Review of Books and gives the views of the author, and not the position of EUROPP – European Politics and Policy, nor of the London School of Economics.

Alex Hensby – University of Edinburgh
Alex Hensby is a final-year PhD researcher at the University of Edinburgh. His thesis focuses on participation and non-participation in the 2010/11 UK student protests against fees and cuts. He previously taught sociology at Roehampton and Cambridge universities, and is the co-author of Theorizing Global Studies (Palgrave, 2011). He occasionally tweets at @alexhensby.