In The Oxford Handbook on Women, Peace and Security, editors Sara E. Davies and Jacqui True bring together 93 contributors to capture the ever-growing volume of scholarship that has developed since the passing of the United Nations Security Council Resolution 1325 on Women, Peace and Security (WPS) in October 2000. Columba Achilleos-Sarll recommends this as an extensive, timely contribution to the study of the WPS agenda, which maps its multiple temporalities and scales, whilst tracing its past, its present and its multiple futures. 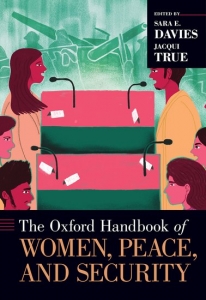 Since the passage of the United Nations Security Council Resolution 1325 on Women, Peace and Security (WPS) in October 2000, an ever-growing volume of scholarship has developed around the WPS agenda. This impressive body of work is captured in the 2018 tome, The Oxford Handbook on Women, Peace, and Security. The collection boasts 67 chapters divided between six sections, with a total number of 93 contributors, including scholars and practitioners, who address issues as diverse as the WPS pillars to climate change. As co-editors Sara E. Davies and Jacqui True state: ‘The Oxford Handbook of Women, Peace and Security is a testament to two decades of the Women, Peace and Security (WPS) agenda and a century of women’s peace activism’. It is an extensive, timely contribution to the study of the WPS agenda, mapping its multiple temporalities and scales, from the global, international, national and local, whilst tracing its past, its present and its multiple futures.

The book is divided into six distinct areas of inquiry: Concepts; Pillars; Institutions; Implementation; Cross-Cutting Agendas; and Future and On-Going Challenges. Each section has been expertly collated and sequenced, and each chapter adopts a feminist perspective. The first section of the book, ‘Concepts of WPS’, speaks to the early generation of WPS scholarship that traced the emergence of the foundational resolution, UNSCR 1325, and located it within a history of feminist peace activism. This section includes contributions that unpack the origins, language, prominent critiques and growing architecture of WPS resolutions, whilst also debating their content. For example, in Chapter Four, Sanam Naraghi Anderlini, who was directly involved in advocacy at the time of the adoption of 1325, provides a narrative account that maps the process undertaken to develop the resolution. A particular strength of the handbook is the wide range of contributions from practitioners and advocates from the Global North and South, as well as from scholars. Importantly, the significant role civil society has played across various locations and spaces is elucidated throughout the collection, providing both a holistic and intimate account of the WPS agenda.

More recent themes to have emerged in the WPS scholarship are also tackled in the ‘Concepts’ section. For example, the role of masculinities, which is addressed in Henri Myrttinen’s contribution in Chapter Eight, ‘Locating Masculinities in WPS’. As Myrttinen demonstrates, though ‘men and boys’ are slowly being incorporated into the vernacular of WPS discourse, policy and advocacy, they are often rendered invisible as gendered actors, or are part of a technical add-on in a gender binary framework. Using the example of conflict-related sexual and gender-based violence (SGBV), Myrttinen posits that invisiblising masculinities in WPS means ‘male perpetrators of various forms of violence and the often complex, gendered dynamics which underpin that violence remain unexamined and unchallenged’ (94). Therefore, to facilitate more radical, and potentially transformative, change, Myrttinen – along with a number of other civil society actors and academics – advocate for a conceptual and policy opening-out of WPS that encourages the transition away from the narrow ‘WPS’ agenda towards a more comprehensive agenda renamed ‘Gender, Peace and Security’.

The foundational resolution, 1325, articulates both principles and priorities, and has been described as forming three – and sometimes four – WPS ‘pillars’: the protection of both the rights and bodies of women in conflict; the prevention of violence; and the participation of women in peace and security governance and decision-making. The fourth pillar, relief and recovery, is more nebulous and ambiguous, yet is broadly concerned with humanitarian relief responses and sustainable development approaches and initiatives. Comparatively, this pillar is underdeveloped – and thus under-researched – across the architecture of resolutions (see Chapter Fifteen). All four of these pillars are the focus of the handbook’s second area of inquiry, ‘Pillars of WPS’. Chapters Twelve to Fifteen address each of the pillars in turn, asking ‘what works’ and ‘what doesn’t work’. In Chapter Sixteen, however, Marie O’Reilly considers the pillars as interrelated and interdependent, and finds that ‘these priority areas have suffered a very uneven and siloed implementation’ (194). Thus the pillars are often described as existing within an internal hierarchy in accordance with implementation efforts. The second half of this section empirically observes the pillars in relation to, for example, peacekeeping economies (Chapter Nineteen), military training (Chapter Twenty) and policing (Chapter 21).

The section that follows, ‘Institutionalizing WPS’, explores how a range of institutions and organisations has engaged the agenda. The chapters included address the institutional home of WPS at the UN (Chapter 23), through to the International Criminal Court (ICC) (Chapter 27), international financial institutions (Chapter 26), regional organisations including the African Union (AU) (Chapter 29) and intergovernmental organisations, including the Pacific Island Forum (Chapter 31). In Chapter 29, for example, Toni Haastrup looks at how the AU has engaged the agenda, exploring how WPS is being implemented, but also how it is understood within the African context. Haastrup states that ‘a new story is added to the WPS narrative that emphasizes the localized context and gives Africa and Africans agency’ (376). This section draws attention to the various organisations institutionalising the agenda, demonstrating that it is not only human rights organisations that play an important role in the WPS story, but also financial institutions like the International Monetary Fund (IMF) and the World Bank.

The next section, ‘Implementing WPS’, brings together the different concepts and pillars that were mapped across the previous chapters in a conversation with different case studies. These include, for example, the all-female peacekeeping force in Liberia (Chapter 35), to mainstreaming WPS in the armed forces in Australia (Chapter 44), thus demonstrating the truly global nature of WPS practice and implementation.

I found the most exciting chapters included in Part V, ‘Cross-Cutting Agenda? Connections and Mainstreaming’. This section draws on themes not previously seen in the study of Women, Peace and Security, suggesting that research and advocacy on WPS has entered a secondary phase or ‘generation’. Using a generational metaphor to think through existing WPS scholarship formed the basis of a 2019 roundtable at the International Studies Association (ISA) in Toronto on WPS organised by Laura J. Shepherd and Paul Kirby; here I borrow it as a heuristic device to situate the literature and the handbook. These themes include, for example, the intersections between countering violent extremism (CVE), migration and displacement, climate change and WPS. The chapters also explore connections between other crosscutting agendas, including the Arms Trade Treaty (ATT), The Convention on the Elimination of all Forms of Discrimination Against Women (CEDAW) and the Sustainable Development Goals (SDGs).

Lucy Hall’s contribution in Chapter 50, for example, examines the normative, institutional and historical relationship between WPS and refugee protection. Hall draws attention to refugee law as gender blind, and highlights the potential for closer alignment between WPS and refugee protection. Annica Kronsell (Chapter 57) also looks at alignment between policies by exploring the connections between climate change and WPS. Climate change, Kronsell explains, is not prominent on the agenda, a situation mirrored in the scholarly literature. Such new directions highlight some of the conceptual and practical openings in WPS research and practice.

The last section, ‘Ongoing and Future Challenges’ considers the future direction of scholarship on WPS, assessing both the challenges and the possibilities that lie ahead. A particularly important contribution in this section is Swati Parashar’s chapter, ‘The WPS Agenda: A Postcolonial Critique’, not least because scholarship around the agenda has been rather late to discuss issues of ‘race’ and coloniality. Indeed, gender has often been privileged and prioritised as the primary relational marker. Presenting a postcolonial critique, Parashar highlights these colonial dynamics and argues that the neoliberal projects of Western governments, within which WPS is situated, ‘present the Global South as contexts and sites without agency and lacking in any “progressive” gender discourse’ (830). To demonstrate the implications of this claim, Parashar explores attempts to include WPS in the development of policies designed to address CVE and shows how these policies erase colonial histories of violence. Parashar concludes: ‘The WPS “agenda” serves as a cog in the wheel of the larger protection/savior narrative that seems to have become part of the contemporary feminist vocabulary’ (837).

The handbook concludes with Natalie Florea Hudson’s thought-provoking chapter, ‘The Challenges of Monitoring and Analyzing WPS for Scholars’. Reflecting on the volume’s contributions, Hudson contends that ‘the field is better understood as uneven, unfinished and undervalued’ (850). Although the handbook reflects diversity in both the perspectives and experiences of contributions, with scholars and practitioners included from South Africa, Nigeria, the Philippians, Fiji, Sri Lanka, New Zealand, Thailand, India, China, Kenya and Colombia, Hudson reminds us that the majority of content from the handbook (and wider WPS scholarship) is written by those working and living in Australia, the United States and Western Europe. Thus, Hudson incisively remarks, ‘WPS scholarship is not immune to moral hierarchies and power dynamics in the production and consumption of knowledge’ (852). While Davies and True state in the introduction that ‘the WPS agenda is just beginning even after over a century of women’s peace activism’ (6), as the field continues to expand we must remain cognisant of our own positionality, where we choose to study and why and the purpose of our research as well as our advocacy.

Nonetheless, this handbook is a tour de force. The breadth of topics included map the vast terrain that we now call the WPS ‘agenda’, making it essential reading not only for students, but also for academics, practitioners and advocates alike as we continue to assess its progress, as well as its contestations and paradoxes.

Columba Achilleos-Sarll – University of Warwick
Columba Achilleos-Sarll is an ESRC PhD candidate at the University of Warwick researching the institutionalisation of the Women, Peace and Security agenda in the UK at the interface between state and civil society. Previously, she completed an MPhil in International Relations at the University of Oxford. She has published in the International Journal of Women’s Studies and, in 2019, was the recipient of the ISA Global Development Studies (GDS) section Edward Said Award for an article on the WPS agenda. 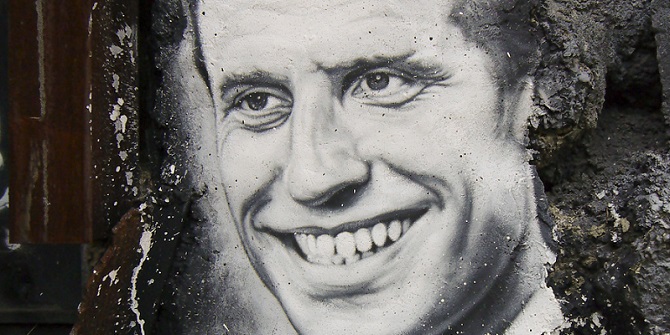 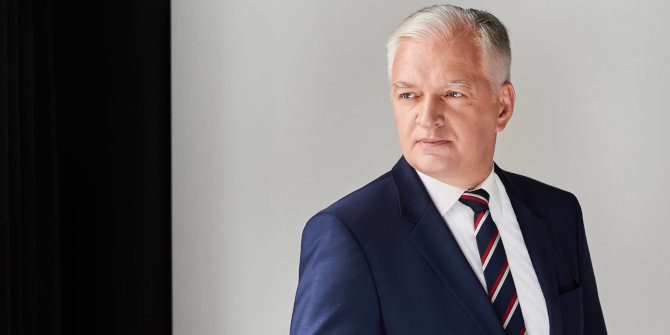