In advance of the launch at LSE on Thursday 29 November, co-editors Sara Davies and Jacqui True introduce the Oxford Handbook of Women, Peace and Security.

Our starting point for the Handbook was the recognition that key tensions and ambiguities underlie the Women, Peace and Security agenda that need to be seriously reflected upon by the fast growing WPS community of theory and practice: That the agenda actively engages with political and economic institutions in order to transform gender power relations – the very institutions that have marginalised women’s representation and livelihoods for decades is one among many such tensions. That WPS has its roots in anti-war women’s movements whereas the agenda now promotes gender mainstreaming in militaries and peacekeeping missions is another. How do we make sense of these paradoxes as well as the progress in Women, Peace and Security? How do we recognise the turf wars, the resourcing shortfalls, the politics, and the regionalism while still pursuing an inclusive, global agenda? How do we act in ways that ensures WPS is heard in the halls of power, but not at the cost of ignoring those who cannot travel to New York or Geneva?

This volume is inspired by discussions taking place around the world about the promise of women’s representation in peace and security institutions and about the lack of progress on the Security Council thematic agenda. How do we build an evidence-based argument for women’s right to representation when they continue to represent less than 20 per cent of the membership at peace tables and international summits, in parliaments, senior positions within international organisations and militaries? Despite being 50 per cent of the world’s population women are not assured of this right. Rather, the onus has been on the WPS scholars and experts to prove that women’s presence will make what difference to national and international peace and security. Yet what evidence is there that neglecting women makes for a peaceful and secure world? The Handbook across its 67 chapters showcases the evidence, advocacy and concrete conflict and country situations where women’s representation improves the security of communities and all their members.

The Handbook is a counterpoint to the pessimism we may have about the achievements of WPS and the major challenges to realising peace and security, and women’s security in particular, given the tragic failures of peacemaking in Syria, Yemen, Myanmar, the Congo, and South Sudan just to mention possibly the worst situations. With 93 authors and two excellent research assistants, we have been able to identify some positive findings in this Handbook and five reasons to be hopeful about the future progress of the WPS agenda.

First, when assessing the WPS Agenda, do not turn just to the UN Security Council for evidence. Change does not only happen in New York. The CEDAW General Recommendation 30 makes that clear. The agenda has emboldened women civil society activists to risk their lives to brief UN Missions, international civil society organizations, and (sometimes) the Security Council on situations where they risk political exclusion and human rights violations. That is significant progress as much as a Resolution registers measurable progress.  Change is happening at all levels and across many institutions. There are multiple dialogues and sites to be engaged in to realise just security and equal peace.  There are many sites needed to ensure women human rights advocates can report and speak in safety.   And it is not only human rights institutions that have a role to play. Economic institutions such as the IMF and the World Bank are key peace and security actors in relief and recovery from conflict, but also in defining the terms of the economic peace to prevent conflict.

Second, innovation can occur when local women and security practitioners engage in joint problem-solving. Ensuring the flexibility of frameworks so that WPS strategies can respond to local situations is vital and that comes from understanding the practices and priorities of local women, not donors.  Chapters in the Handbook highlight numerous examples of such innovations including firewood patrols with women, women’s community policing in displaced camps, assistance with grant writing for women civil society organisations, and independent (non-government controlled) radio communication to rural areas.

Third, defence sector investment in the WPS agenda can lead to institutional transformation rather than mere co-optation by militarism. It can be an opportunity to reform military practices, military agendas; and definitions of peace and security within countries and within regions. Chapters on NATO, Chinese peacekeeping force, and the Australian Defence Force in the Handbook highlight the positive change within defence culture and practices as a result of the investment in WPS.

Fourth, the Security Council’s ‘fixation’ on sexual violence in conflict situations has enabled broader engagement on WPS. For instance, resolutions on data gathering concerning the risk and incidence of conflict-related sexual violence, implementation of protocols on the treatment of sexual violence victims and evidence gathering, community programs to address stigma have required participation from women as women protection advisors, as expert on women’s legal testimony, in peace agreements, in peacebuilding, and in Ministries (outside of Defence and Foreign Affairs). Several chapters in the Handbook examine both what has worked to promote both gender-responsive protection of civilians and to what has worked promote gender-inclusive peace and security participation at the same time.

Fifth and last, the Handbook and it six sections, which include institutionalising and implementing the agenda as well as recognising related, cross-cutting agendas, explicitly embraces different entry points in different regions. There is no one size fits all for realising the Women, Peace and Security agenda in any given country or region. That is as it should be. In Asia, for example, establishing normative change and networks is vital; in the Pacific, the development frame is intimately linked to the agenda; in South America, it is a human rights approach. All these approaches will change and adapt in the context of local women’s empowerment, women’s agendas, and local conflicts.

The Handbook has provided an opportunity and a space to discuss together – scholars, advocates and practitioners – the diverse ways to advance a gender-just, feminist peace. And to recognise that it has taken more than a century to generate recognition for women, peace and security, and that it will take more than a village to spread and embed this agenda. 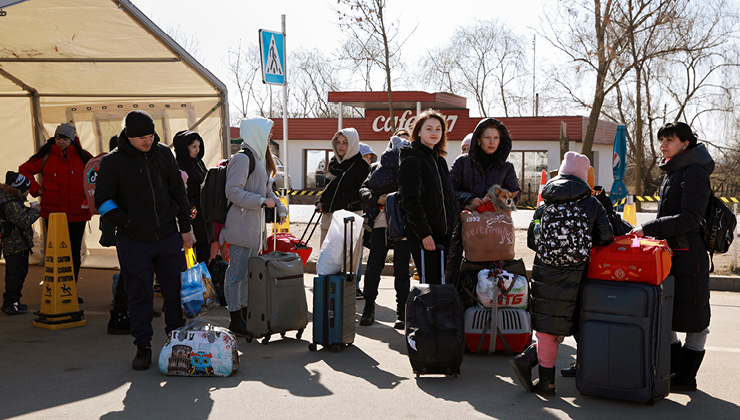 Reimagining the aftermath of war, now