This book examines how and why the business world, commercial relations, and company activities have increasingly become subject to legal and constitutional forms of regulation and governance at an international level. Anyone with an interest in the current global economic and political establishments would find much to admire in this text, writes Luke McDonagh, but globalisation optimists beware: this pessimist’s account may not be the book for you. The starting premise of this stimulating book is a bold one. The author states that the nation-state arena “is losing its capacity to regulate and control commercial processes and practices”. Given the sorry state of the world economy, and rampant corporate tax avoidance and malfeasance, many would find it hard to disagree with this point. Grahame F. Thompson further argues, validly, that there nonetheless exists a “new arena of global rule-making that can be considered as a surrogate form of global constitutionalization”. Thompson examines the issues of governance, law, and constitutions with regard to how the global business world has increasingly become subject to international agreements, laws, and arrangements, particularly in the areas of trade and finance. Moreover, he cautiously notes that this is a rather disorganised and somewhat incoherent field featuring a number of ‘contradictory’ and ‘half-finished’ projects. The question mark in the title of this book is no accident – it is clear that the author is casting a refreshingly sceptical eye over the subject. In light of the current world economy, this is to be commended.

There is no doubt that presently many people feel powerless at perceived injustices in the financial system. Taxpayers have funded costly bank bailouts whilst many large corporations have avoided paying their fair share of taxes. Politicians struggle to act as they are tied to their national or regional interests, whereas capital acts globally. One thing which is increasingly clear in the modern legal world is that corporations and hedge funds can claim ‘human rights’, and in particular the right to property.

For example, in early 2012 a number of hedge funds which hold Greek government bonds threatened to take Greece to the European Court of Human Rights if the state were to attempt to default on its obligations. Meanwhile, the gas company EDF recently used the civil tort of trespass to sue a number of environmental activists who had, while engaging in a protest, interfered with the running of one of EDF’s power plants, causing ‘economic harm’ amounting to approximately £5m. The lawsuit has now been dropped, but the fact that a large company could use its ‘civil rights’ to sue small-scale protesters in this way raised much alarm.

In this regard, ‘Global Corporate Citizenship Examined’ is perhaps the most interesting chapter of this book. Thompson notes that viewing companies as citizens means they are “not just peripheral or marginal actors on the global constitutional scene but central conduits through which such governance takes place”. This is a very important point – the author maps all of the ways corporations can be regarded as legal persons, weighing up the positives and negatives of this legal construction. In fact, Thompson’s research reflects a reality that is largely taken for granted today: As Mitt Romney famously said, “Corporations are people, my friend“; Thompson notes that multi-nationals are commonly addressed as legal persons by bodies such as the World Economic Forum and the UN’s Global Compact. In this view, by recognizing corporate personality these global organisations effectively give legitimacy to what is in reality, a legal fiction. The author ought to be praised for giving such a clear-headed account in this chapter of what is generally a complex legal field.

In the final chapter, ‘Consequences of Quasi-Constitutionalization for the Global Regulatory Agenda and the Fate of the Rule of Law’, Thompson notes that the rule of law (RoL) has been weakened by the process of globalisation. While there is still some element of rule by laws (RbL) in play, with institutions such as the WTO and UN playing a major role, there is no overarching structure or competent authority which can give a proper RoL grounding to the international economic and political order. He states: “At best some procedural principles of democracy are still in play but substantive concerns are necessarily on the back foot. In this environment, to defend a strong version of democracy, citizenship or constitutional practice is difficult”.

For Thompson, the only feasible alternative is to strengthen multilateralism and inter-governmentalism. Nevertheless, he queries how far this can go in practice, noting that the political currents are moving in the opposite direction; the very processes of globalization tend to sweep away these possibilities. Indeed, in the global arena states tend to be in perpetual competition with each other for investment and resources. This makes multilateral co-operation unlikely. In addition, the lack of an effective global labour movement also means that worker representative organisations, particularly in the developing world, lack leverage when world trade deals are negotiated. For readers looking for an optimistic spin on these affairs, Thompson’s account may disappoint – he is ultimately a pessimist and he concludes on a downward note. He argues that in the absence of a global rule of law, underpinned by a strong democratic and constitutional balance, it is likely that corporations will continue to be the world’s most powerful actors. In this vein, the author argues cogently that rather than placing constraints on corporate power, the constitutionalization of the global corporate sphere has so far tended to increase this power, by giving broader legal and quasi-legal rights to corporations, without a concurrent overall increase in oversight and accountability.

Overall, this book is to be recommended. Anyone with an interest in the current global economic and political establishment would find much to admire in this text, with the caveat that readers with an optimistic view of globalisation may well be disappointed by the pessimistic account put forward by Thompson.

Luke McDonagh – LSE Law Department
Luke McDonagh is a Fellow in the LSE Department of Law. holds a PhD from Queen Mary, University of London (2011), an LLM from the London School of Economics (2006-7) and a BCL degree from NUI, Galway (2002-05). He has previously taught in the areas of Public Law, Administrative Law and EU Law at Queen Mary as well as Constitutional Law and Tort Law at NUI Galway.

Book Review: The Rule of Law in Central America: Citizens’ Reactions to Crime and Punishment 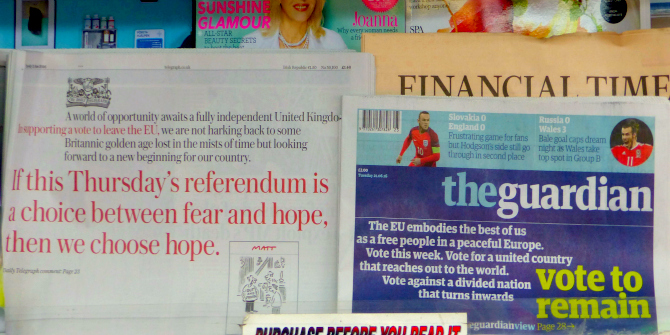