The Coalition of the Radical Left (Syriza) is currently leading the polls ahead of Greek parliamentary elections on 25 January. Theofanis Exadaktylos writes on the development of the party and what a Syriza victory might mean for the rest of Europe. He argues that Syriza has significantly moderated its position since the last Greek elections in 2012 and that the party is unlikely to be able to implement the more radical elements of its proposed programme even if it wins a majority in Sunday’s vote.

The appearance of Alexis Tsipras at the LSE in March 2013 marked the establishment of Syriza (the Coalition of the Radical Left) as a serious challenger for government in Greece. His public lecture had a bit of the glory of a future party in government: a panel of advisors that accompanied Tsipras on his trip to London, local and international media and reporters and, of course, the London association of friends and members of the party clapping and cheering for the leader on certain occasions.

The message out of that lecture was that Syriza was going to bring genuine change to Greece, take it out of the austerity path and create a new promise land for the Greeks that have suffered through the financial crisis in the last few years. However, the question stemming out of this appearance was whether Syriza will abide by the limits of capitalism and whether it will eventually be subsumed by power and authority – succumbing not only to the pressures imposed by the international system but most importantly to pressures coming from the depths of the Greek political system.

Syriza: from protest party to the mainstream of Greek politics

When it first started, the party represented the protest vote of the left. Sitting on the margins of the political system, its members, but also its voters, presented the party as an anti-systemic radical left movement that was in parliament to be a troublemaker rather than a passive observer of current affairs. Prior to the advent of the Greek debt crisis, the party received small levels of support, sitting comfortably between 3 and 5 per cent of the popular vote. Then the crisis came along.

Joining forces with the Indignados of Athens and the ‘I don’t pay’ movement in the central square of the city, Syriza went out on the streets, capturing public sentiments against the memorandum of understanding with the EU and the IMF, and of course the advent of the troika. Proclaiming that Greece was being ruled by a ‘puppet government’ serving Germany’s interests, it rode the spirit of the times and protested against the surrender of authority to the technocrats of the EU and the IMF. Pasok, which was the governing party at the time, started to feel the pressure from the electorate and lose support as voters reacted to reforms and austerity measures, blaming the party for the state of play in Greece. Aligning with other opposition parties, Syriza was at the forefront of those pressures that called for the resignation of the government and the annulment of the bailout agreements in late 2011. With momentum behind the party growing, Syriza began to gain support in opinion polls and many of the old guard of Pasok started joining its ranks.

Syriza was now drawing enthusiasts left and right (and from the centre) as the middle ground of Greek politics started to crumble. The unravelling of the Greek political system and its polarisation toward the extremes of the political spectrum created a new pole of attraction for the voters of the centre. This was evident in the double elections of 2012. Trailing just a few points behind the centre-right party of New Democracy, Syriza rose to second place achieving a strong presence in parliament. Refusing to cooperate in the formation of a coalition government in 2012, Syriza remained as the leading opposition party advocating the return to the old national currency, detachment from the European Union, the unilateral writing-off of Greece’s debt, the payment of reparations by Germany from WWII, the return of welfare benefits, pensions and minimum wages to 2009 levels and the nationalisation of key industries to create conditions of self-reliance and self-sufficiency for the ailing Greek economy.

In light of its growing momentum, and in the effort of party apparatchiks and political campaigners to groom its profile to appeal to a larger number of voters, slowly, yet steadily, Syriza transformed itself from a party of the fringes to a party of the mainstream, adopting all the required characteristics to establish it as the alternative pole in a two-party system. It changed its symbols, it created a unitary umbrella to host all of its different factions, it started campaigning around Greece in open public gatherings – all while its leader, Alexis Tsipras, was in the process of being groomed as the new Prime Minister of Greece. Still without a detailed economic and social programme, the party now struck down its opponents using the rhetoric of change and disentanglement from the path of austerity, but made U-turns in key areas where its proposals were deviating from the mainstream. On the back of these developments, Syriza came first in the Greek European Parliament Elections of May 2014.

Syriza and the 2015 elections

As we approach the elections of 25 January, Syriza is now trying to appease the country’s European partners that it does not want to take Greece out of the Eurozone or the EU altogether. Instead, the party promises to renegotiate the terms of the bailout agreements instead of annulling them, and reduce the debt but not necessarily by causing bankruptcy or the stalling of payments. At the same time, this rhetoric contradicts various statements from key party figures who in the Greek media are still arguing the opposite.

In conversations taking place among voters in light of the forthcoming elections, there is almost an air of certainty that Syriza will be the winner (although there is more doubt as to whether it will manage to form a single-party government or whether it will be forced into a coalition). Yet, their certainty is based on three quite stereotypical statements that have come across as default positions: first, that Syriza will never implement its programme and will back down on plenty of policies; second, that the EU is indeed afraid of Syriza and will make substantial compromises in light of a Greek default on its payments; and third, that the state of play in Greece is such that they have nothing to lose by trying out Syriza in government.

Even in the case of Syriza securing an absolute majority in Parliament, the first statement is broadly close to the truth. Given that the party still contains a number of similarly minded left-wing factions that have been relatively radical or have vetoed party decisions in the past, any failure of the party to embark on its programme (due to either internal or external factors) may lead to an erosion of its majority in parliament.

On the other hand, day after day, the EU seems to accept that there is scope for negotiating the length of the debt rather than its size, but most European counterparts have already expressed an opinion that the Greek question is not as significant as in 2012. Finally, the Greek economy has started to demonstrate some small signs of recovery. The state of play is not as bad as in the beginning of the crisis in 2010, and there is not much scope for mistakes in the first few weeks after the election. Therefore, despite the rhetoric, the Greek electorate inherently believe that Syriza will not do what it promises – in fact they trust it that it will not implement its programme in full.

So is there a reason to be afraid of the big bad wolf? All signs point to “no”. Even in a deeper reading, there are strong indicators that Syriza is no longer the protest party it used to be. It is now part of the system it once opposed and has learned to play the mainstream political game very well. Its party apparatus (enriched with experienced political advisors, campaigners and public relations professionals) works like a well-oiled machine and the sharpening of its public image reveals that there is nothing greatly radical anymore in the Coalition of Radical Left, contrary to what its name would lead us to believe.

Theofanis Exadaktylos – University of Surrey
Theofanis Exadaktylos is Lecturer in European Politics at the University of Surrey. His latest publication can be found here. He holds a PhD in Politics from the University of Exeter. His doctoral thesis was on the Europeanization of national foreign policies of the member states with particular focus on Greece and Germany. He holds an MSc. in European Political Economy: Integration from the London School of Economics, and a BA in Economics and International Relations (Europe and the former USSR) from Tufts University. He tweets @EUforeignpolicy. 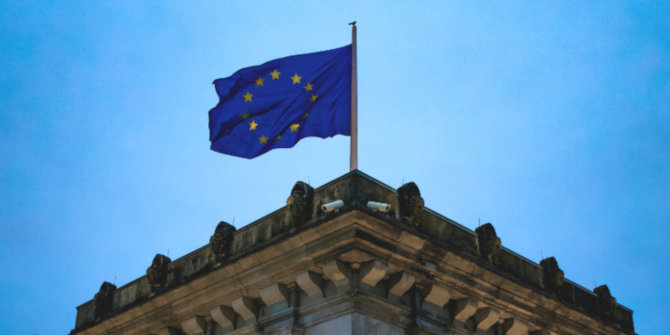