The figure below shows the trends in Labour, Conservative, and Liberal Democrat party leader net satisfaction from 1974 up until February 2015. Respondents are asked whether they are “satisfied or dissatisfied with the way [a given party leader] is doing his/her job”. Net satisfaction is the proportion of respondents answering “satisfied” minus the proportion of respondents answering “dissatisfied”. The data comes from Ipsos MORI’s monthly political barometer surveys. Translucent points in the plot are the figures calculated from each survey, and the lines show the smoothed trend over time. 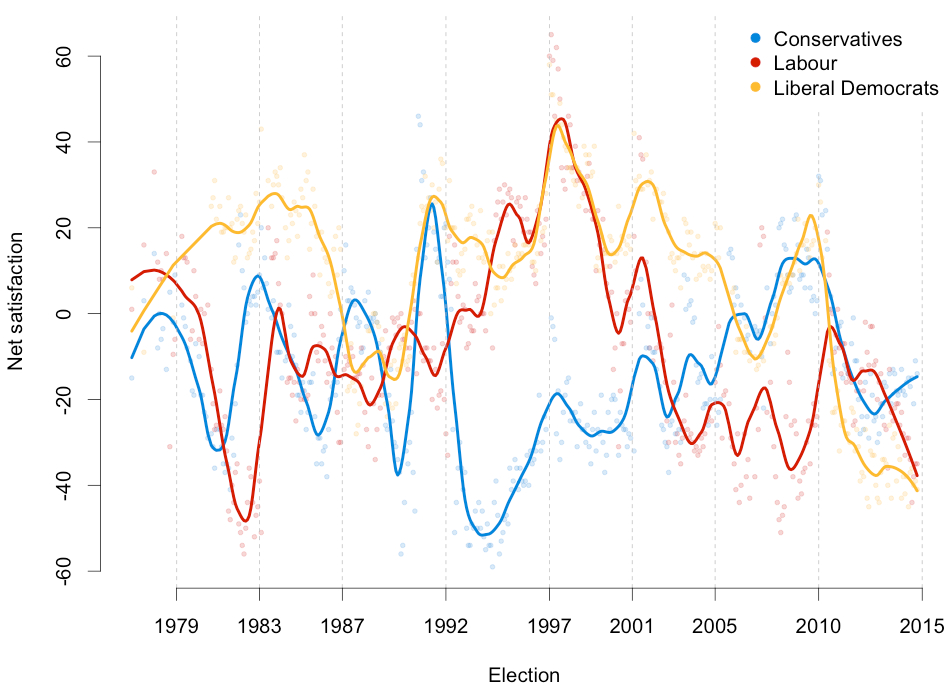 Note: Only party leaders from Labour, the Conservatives, and the Liberal Democrats are analysed here. Prior to 1989 David Steel is taken to be the leader of the Liberals.

The more relevant question, however, is whether any of this matters in terms of election outcomes. Does the (dis)approval of a party leader have any association with the share of the vote that a party receives? The figure below shows the simplest possible model for predicting change in national vote share with changes in party leader approval. The x-axis shows the change in average party leader approval from the 100 days before one election to 100 days before the next election. The y-axis shows the change in national vote share from one election to the next. Each point represents a given party in a given election. The vertical lines are the predictions that this model produces for 2015. As there is substantial uncertainty in the relationship between party leader approval and vote share, these predictions are given as a range of plausible values (more technically, they represent the 90% prediction intervals). The grey dashed line is the best-fitting line between these points.

Chart 2: Swing in net satisfaction vs swing in votes in UK general elections 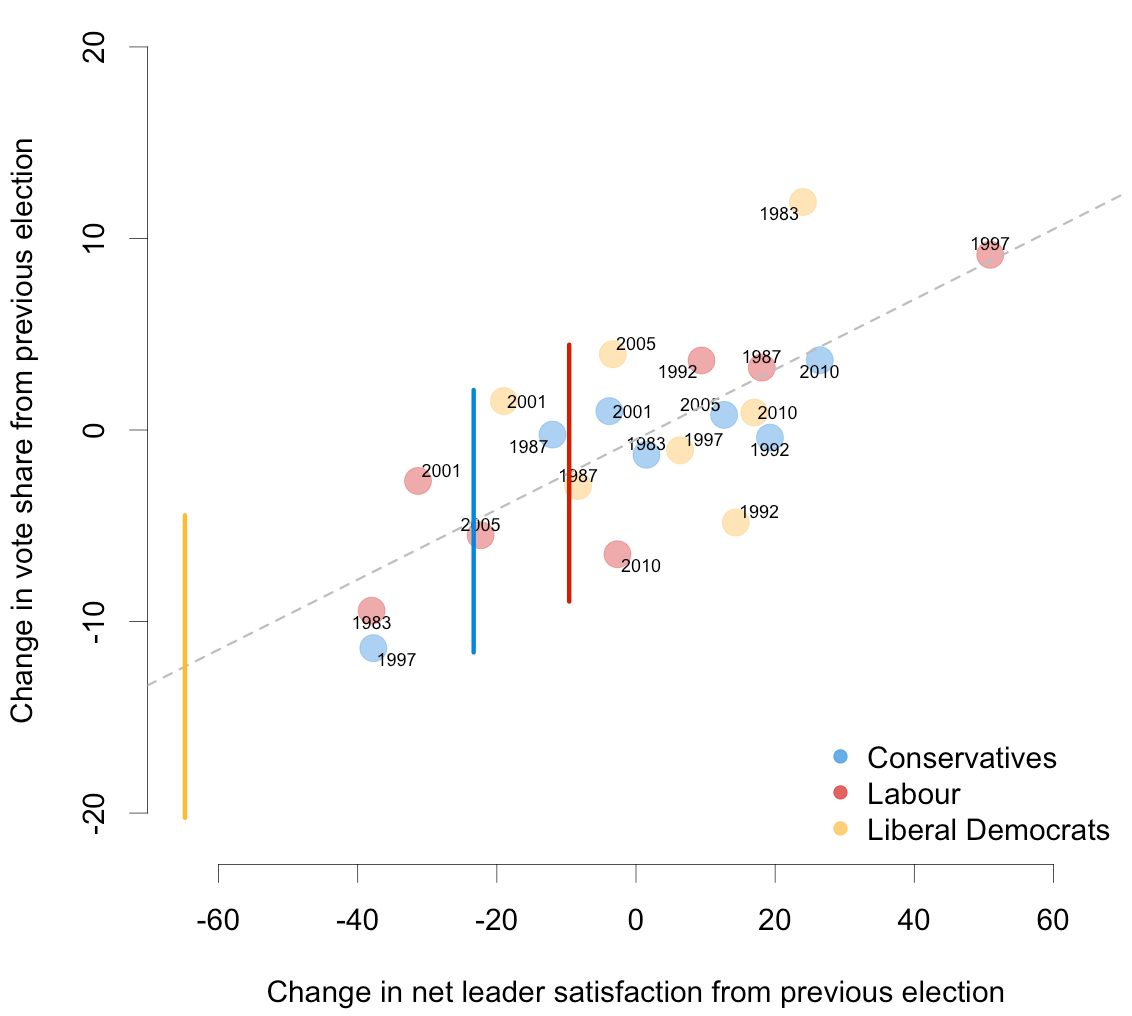 Note: Only party leaders from Labour, the Conservatives, and the Liberal Democrats are analysed here. Prior to 1989 David Steel is taken to be the leader of the Liberals.

Note: This article originally appeared at LSE’s UK general election blog and gives the views of the author, not the position of EUROPP – European Politics and Policy, nor of the London School of Economics. The author would like to thank Simon Hix and Ben Lauderdale for their help with this post, although all errors remain the author’s. Featured image: parliamentary copyright