Following elections in April, the new Finnish government was finally appointed at the end of May. Tapio Raunio assesses the makeup of the new government, noting that its key difficulty is likely to be the implementation of economic reforms. He also writes that with the leader of the Eurosceptic Finns Party, Timo Soini, holding the portfolio for EU affairs, the government could offer a natural ally for David Cameron in his attempts to renegotiate the UK’s terms of membership.

The new Finnish government, led by Prime Minister Juha Sipilä and bringing together the Centre Party, the Finns Party and the National Coalition Party, was appointed on 29 May. Commanding a comfortable majority with 62 per cent of the Eduskunta (the unicameral national legislature) seats, the cabinet is unusual in three respects. First, it contains ‘only’ three parties, whereas most Finnish governments in recent decades have included four or even more parties. Secondly, the Swedish People’s Party ended in opposition after a continuous run in the government since the 1979 elections. And thirdly, the number of ministers is down to 14, the lowest number since the 1950s and five less than in the cabinet appointed after the 2011 elections.

The media has found it difficult to categorise the government ideologically. Calling it a centre-right coalition is not exactly correct, given the mixed ideological profile of the Finns Party. While Timo Soini’s party is internationally known mainly for its anti-immigration and Eurosceptic views, on the left-right dimension the party is firmly centrist, or even centre-left. The core of the party’s vote comes from people with lower levels of income and education, and, in line with its populist ideology, the Finns have blamed the ‘old parties’ for corrupt and cartelised practices and for forgetting the needs of ordinary citizens.

The coalition is instead quite socially conservative, with the electorates of the Finns Party and the Centre, in particular, and a sizeable minority in the National Coalition leaning towards more traditional values and Euroscepticism. When the Eduskunta voted on the law allowing gender-neutral marriages in November 2014, almost all of the Finns Party and the Centre MPs and roughly one-third of National Coalition MPs voted against the proposal.

What will the unions do?

Economic policy may indeed cause a serious headache for the cabinet. The election campaign focused very much on the worsening state of the national economy, and when putting together his government, Sipilä strongly emphasised a commitment to budgetary and social policy cuts. While there is rather broad societal consensus about the necessity to curb the public debt and introduce austerity measures, the implementation of various reforms contained in the government programme – many of which are predicted to hit low-income citizens especially hard – will be particularly troublesome for the Finns Party.

One of the key targets for the government is removing barriers to employment and implementing more flexible labour market rules, and hence Sipilä has been courting the powerful trade unions to sign up to a ‘societal contract’ that would bind unions to the reforms. The first attempt at such a contract failed in May, but a new deal is being attempted over the summer. It is surely no accident that the new minister for employment is Jari Lindström from the Finns Party. A former paper worker and trade union activist, Lindström may be the right person to woo the unions, but the price may be lower support for his party among working class voters. The question is also very difficult for trade unions themselves, and particularly for the main blue-collar confederation, the Central Organisation of Finnish Trade Unions (SAK), that has received a lot of criticism in recent years for standing in the way of economic recovery.

Perhaps the most interesting portfolio choice was that made by Soini. It is commonly acknowledged that the second most important post in the cabinet is the finance minister, and hence it was assumed that the chair of the Finns Party (that finished second in the elections) would occupy that role. However, in the end Soini opted for the minister for foreign affairs instead, with the new finance minister being Alexander Stubb, the previous prime minister and leader of the National Coalition. Soini, who chaired the Eduskunta’s Foreign Affairs Committee in the 2011-2015 electoral period, justified his decision by citing his personal interest in foreign policy, but many inside his party feel that he intentionally avoided responsibility and influence. Foreign affairs are surely important, but now the government’s economic policy is steered by the Centre and the National Coalition.

However, Soini’s portfolio does also include EU matters, and this can have important consequences, not just in Finland. The European section of the government programme is certainly quite critical of integration, wanting the EU to be reformed (although not through Treaty changes) and explicitly stating that the government ‘is opposed to increasing Finland’s liabilities in handling the euro crisis’ and that ‘if the European Stability Mechanism must still be used, it should be done only within the framework of the mechanism’s current capacity and capital structure’.

Soini may travel across the EU and to Brussels to garner support for ‘less but better’ Europe, but overall it feels that such a critique of the EU is primarily aimed at domestic audiences. The Finns Party has been consistently opposed to the EU since the party was established in the mid-1990s, and hence Soini needs to signal this stance to voters. Potential bailouts for Greece or other euro area countries may prove very challenging, given that both the Finns Party and the Centre were against such measures in the 2011-2015 Eduskunta. Finland may also be one of the EU countries showing most sympathy toward Prime Minister David Cameron’s attempts to re-negotiate Britain’s terms of EU membership. European policy may well produce heated conflicts inside the government, especially when considering the starkly opposing EU positions of Soini and Stubb.

Finally, regardless of whether the new government can be called a centre-right coalition, the opposition is now ideologically more cohesive than it has been for a long time. The April Eduskunta elections were a massive blow to the Social Democrats, and the two leftist parties (the Social Democrats and the Left Alliance) won together a meagre 23.6 per cent of the vote, the lowest ever showing for left-wing parties in Finland.

The opposition also includes the Greens, the Swedish People’s Party and the Christian Democrats, with only the latter representing socially conservative values. Hence the left-wing opposition in particular is likely to attack the government’s economic policy, given that they were in favour of more moderate cuts to the national budget. Sipilä’s boyish charm and positive drive have produced good results so far, but despite attacks from the opposition, his biggest challenge lies in keeping the coalition together. 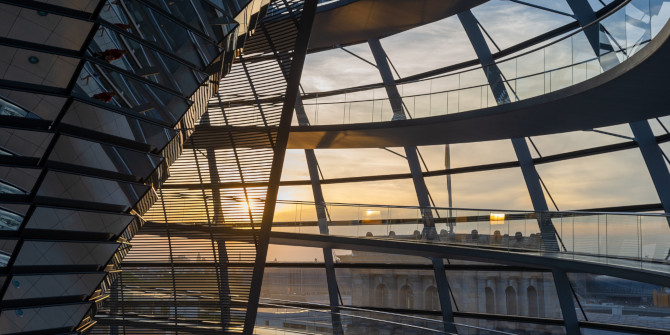