One of the most important innovations in the EU in recent years has been the so called ‘Spitzenkandidaten’ process, under which the major European political groups nominated candidates for President of the Commission prior to the 2014 European elections. Martin Westlake assesses the legacy of the process for future elections. He writes that the Spitzenkandidaten system did not emerge in isolation in 2014, but instead reflected long-term trends in the EU’s institutional development which are likely to continue to shape the future of the Commission.

During the 2014 European elections, media and academic interest understandably focused on the so-called ‘Spitzenkandidaten’ (lead candidates) procedure that led to the election of Jean-Claude Juncker as President of the European Commission and enabled him subsequently to introduce a series of structural reforms, including the creation of vice-presidents with roles as legislative filters. But through focus on the near-term campaign, commentators tended to over-look a series of longer-term trends which had inexorably led toward both the election of somebody like Juncker and the creation of the reforms that he subsequently introduced.

Those trends included, first, an increasingly crowded institutional landscape in which the European Commission sought for a way to reassert its authority, albeit in a more restrained context, based on clearer lines of command and legitimacy. This is something which the Juncker Commission, with its double legitimacy in majority decisions in the Parliament and in the European Council, clearly enjoys.

A second trend was the swing between visionary, charismatic individuals and quiet consolidators as presidents of the Commission, as well as a consequent shift towards technocratic, managerial, Prime-Ministerial Presidents, with all that this might entail for the Commission’s working methods (particularly the shift from a collegial to a cabinet style of governance). Because of the very nature of the procedure that led to his election, Juncker is very much primus (first) not inter pares (among equals) and he has brought to the position all the authority of his eighteen years of experience as a Prime Minister.

A third trend was the growing size of, and numbers in, the European Commission. The Lisbon Treaty’s attempt to limit those numbers was undermined by the deal done in the context of the second (2009) Irish referendum campaign. But Commission presidents have been faced with an increasing imperative to somehow ‘unhook’ individual Commissioners from individual portfolios. The genius of the Juncker reforms, forced through with his new authority and legitimacy, was to do this top-down (that is, to install Vice-Presidents in charge of project teams but with no personal portfolios).

A fourth, related, trend has been the growing empowerment of the European Commission President, both through treaty changes and through internal reforms (for example, Barroso’s 2004 move to make the Secretariat-General work to the President rather than the College). This trend has been in some considerable part a response to the seemingly inexorable growth in the number of Commissioners, making for an increasingly unwieldy body.

A fifth trend, related to the first, is the growing role of the European Council of which – a frequently overlooked fact – the European Commission President is himself a member. When Jean-Claude Juncker returns to the Commission after European Council meetings it is in order to implement decisions or follow guidelines with which he himself has been associated.

A sixth trend, a constant leitmotif since the first direct elections were held in 1979, has been the growing powers of the European Parliament, both with regard to the European Commission President and his selection, and the Commission as a body. The relationship is symbiotic and has always been coloured by complicity. The two are fellow supranational bodies. The Parliament seeks influence and control, the Commission seeks legitimacy and support.

A seventh trend has been the growing debate in Germany, fuelled by the writings of several distinguished intellectuals and further exacerbated by concerns about the ‘Grexit’ crisis and the German constitutional court’s 2011 ruling, about the democratic nature of the European Union (and of the European Parliament). Whatever the niceties of the Treaty provisions (and the German language version of the article in question is, strangely, more specific), the popular view, as summed up by the German media, was: if Spitzenkandidaten there should be, then Spitzenkandidaten there must be!

Lastly, while the Party of European Socialists, through the early emergence of Martin Shulz’s nomination and his subsequent charismatic and dynamic campaign, took the initiative, and whilst various political groupings have been thinking about ways of bolstering the linkage between European elections and the European Commission since the 1990s, it was the European People’s Party (EPP) which, since at least 2002, had been consistently pushing the concept of Spitzenkandidaten.

Thus, the 2004 and 2009 appointments of José Manuel Barroso as European Commission President were already portrayed by the EPP as a response to its ‘majorities’ in the 2004 and 2009 European Elections and as ‘anticipations’ of the provisions of the ill-fated Constitutional Treaty and then the Lisbon Treaty. The EPP’s 2014 electoral ‘victory’ and the subsequent selection of Jean-Claude Juncker were seen as part of that continuum.

Indeed, Jean-Claude Juncker’s Presidency of the European Commission lies at the confluence of all of these trends and transitions. Moreover, these trends will continue, with future Commission Presidents, candidates, European Parliaments, European Councils, and so on, all seeking to build on (or overturn) the precedents that have been set. So what happens next time, in 2019, and what will this mean for the Union’s institutional balance?

One potential development is that Member State governments, particularly from the two big party families, could ‘pre-select’ and groom their preferred candidates: Prime Ministers will presumably be more active within their parties in this regard. Alternatively, the European Council, as an institution, could try somehow to pre-empt another parliamentary ‘gambit’.

In terms of the candidates themselves, it may be that Spitzenkandidaten will in future put forward slates or teams; a sort of small cabinet of future Commissioners-in-waiting. They may draft personal manifestos or the political groups in the Parliament could try to force manifestos on to their candidates. And new developments could emerge in terms of campaign funding: potentially even with candidates raising independent funds in the style of U.S. Presidential candidates.

The question of whether candidates will have higher profiles than was the case in 2014 also remains open. For there will surely be higher levels of media interest and coverage and European political parties will surely become increasingly active and visible. And what will happen after the elections? Will the next Commission President continue with the current structures (there is no obligation under the Treaties)?

In any case, taking the longer-term view enables us to see that, important though the 2014 European election campaign, the Spitzenkandidaten procedure and the Juncker reforms were, they were the result of various trends that are set to continue, and not sudden, one-off events.

Note: This article is based on Martin Westlake’s recent LSE ‘Europe in Question’ Discussion Paper. It gives the views of the author, and not the position of EUROPP – European Politics and Policy, nor of the London School of Economics or any other institution or organisation. 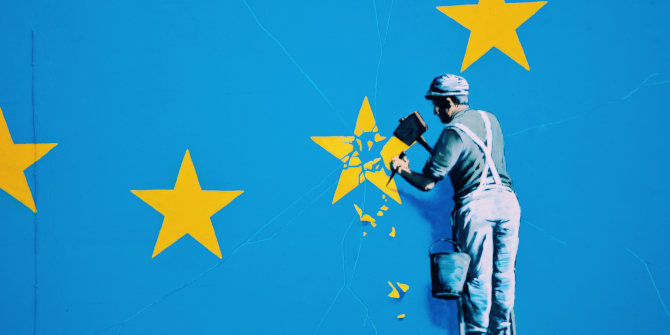